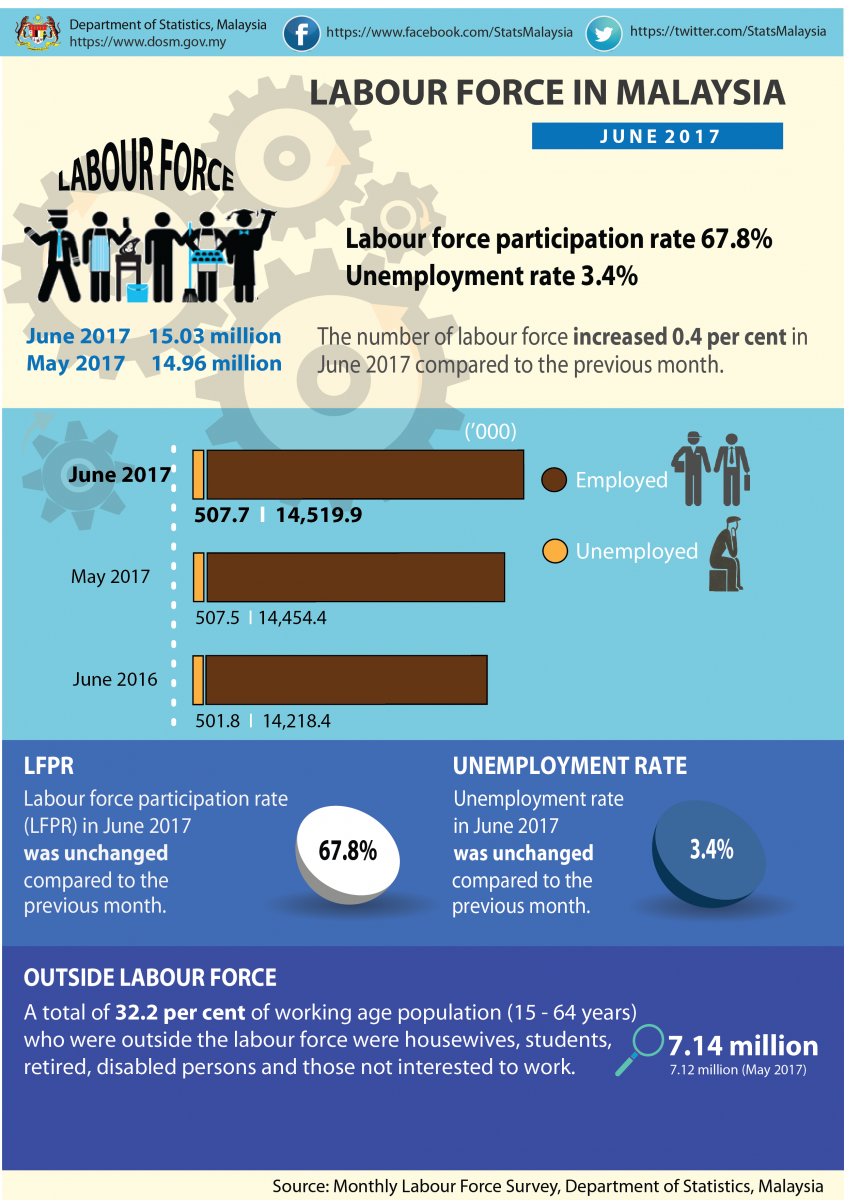 Labour force participation rate in June 2017 remained at 67.8 per cent compared to the previous month. 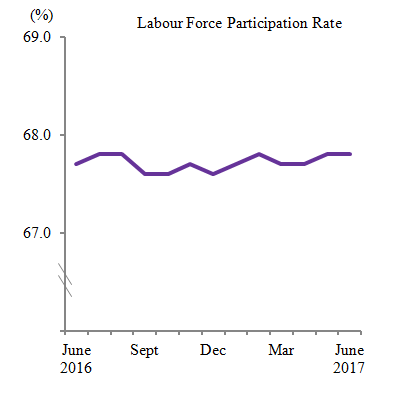 In June 2017, the unemployment rate remained at 3.4 per cent. Similarly year-on-year, the rate did not record any changes.

On a seasonally adjusted month-on-month basis, the unemployment rate in June 2017 was also remained at 3.4 per cent. 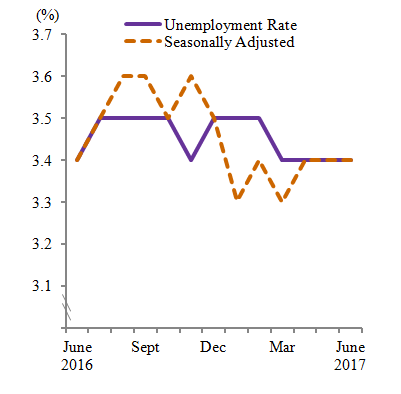 The survey population is defined to cover persons who live in private living quarters and excludes persons residing in institutions such as hotels, hostels, hospitals, prisons, boarding houses and workers residing in construction work site.