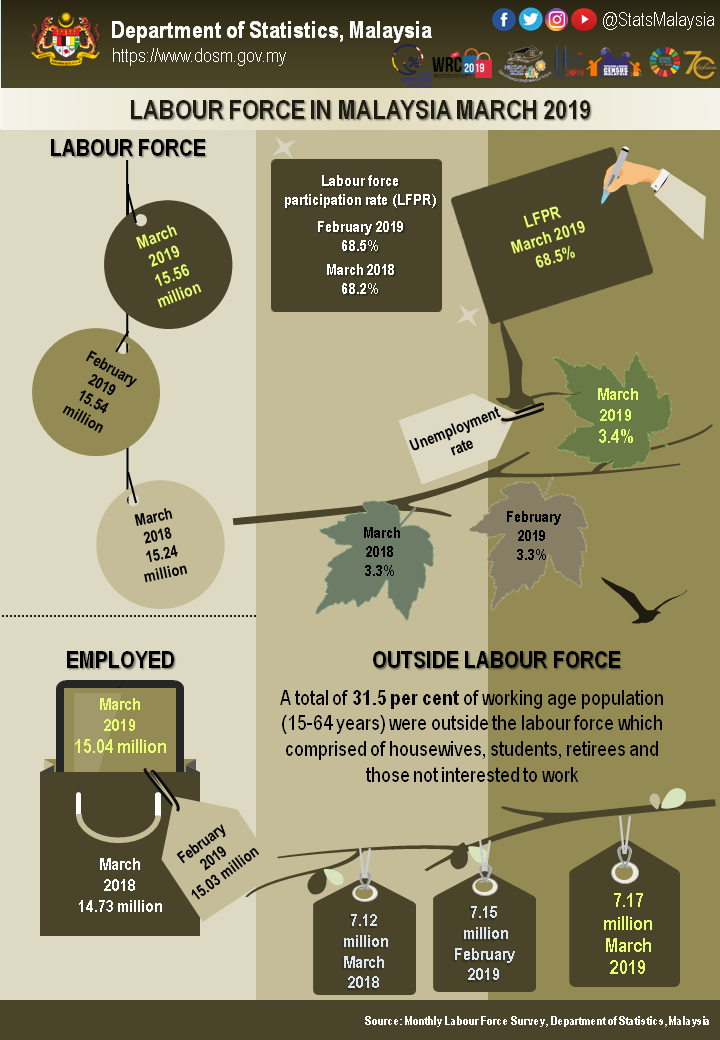 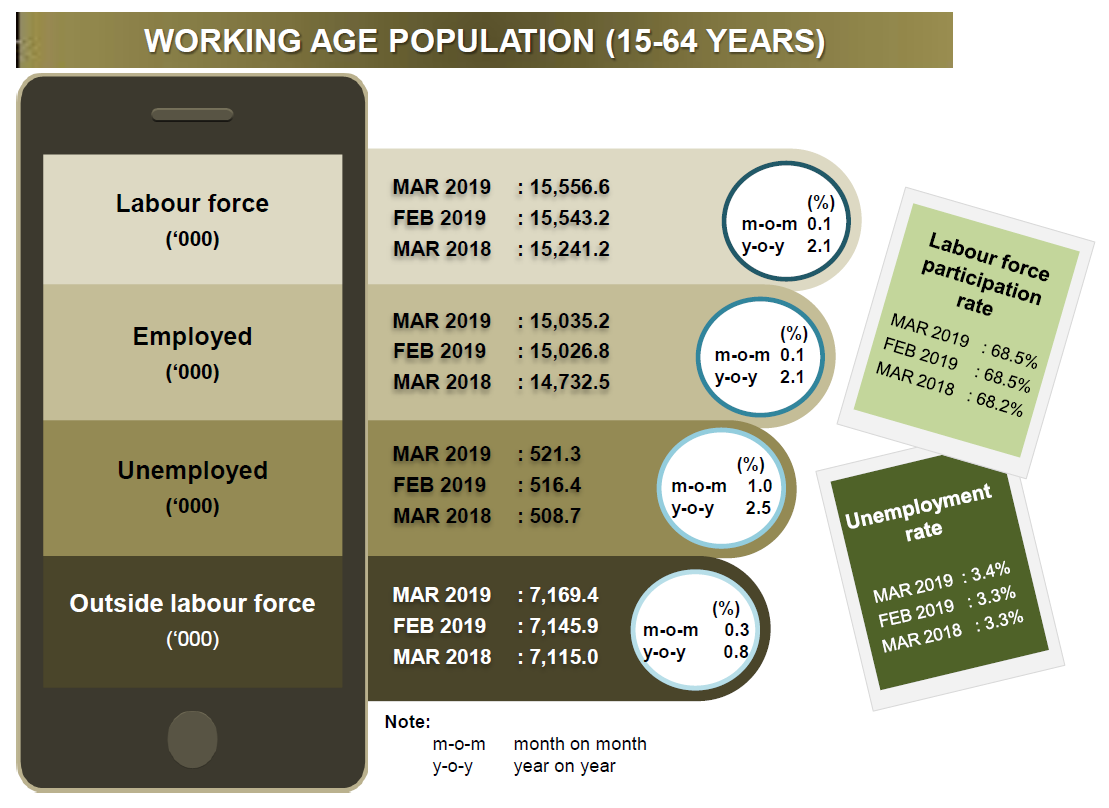 The labour force participation rate remained at 68.5 per cent for two consecutive months, but increased 0.3 percentage points as compared to the same month of previous year (March 2018: 68.2%). 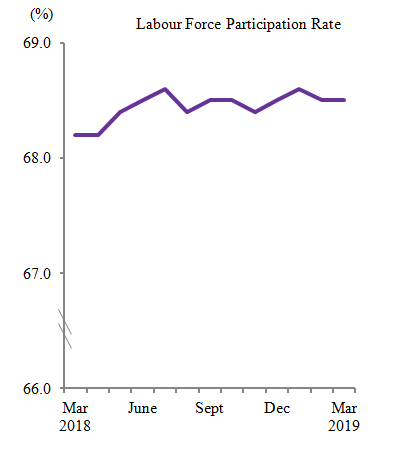 Unemployment rate (seasonally adjusted) in March 2019 increased to 3.4 per cent as compared to 3.3 per cent in the previous month. 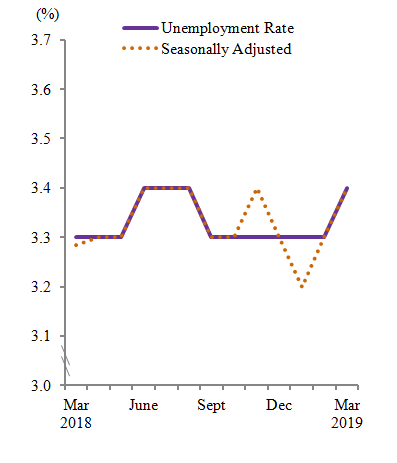