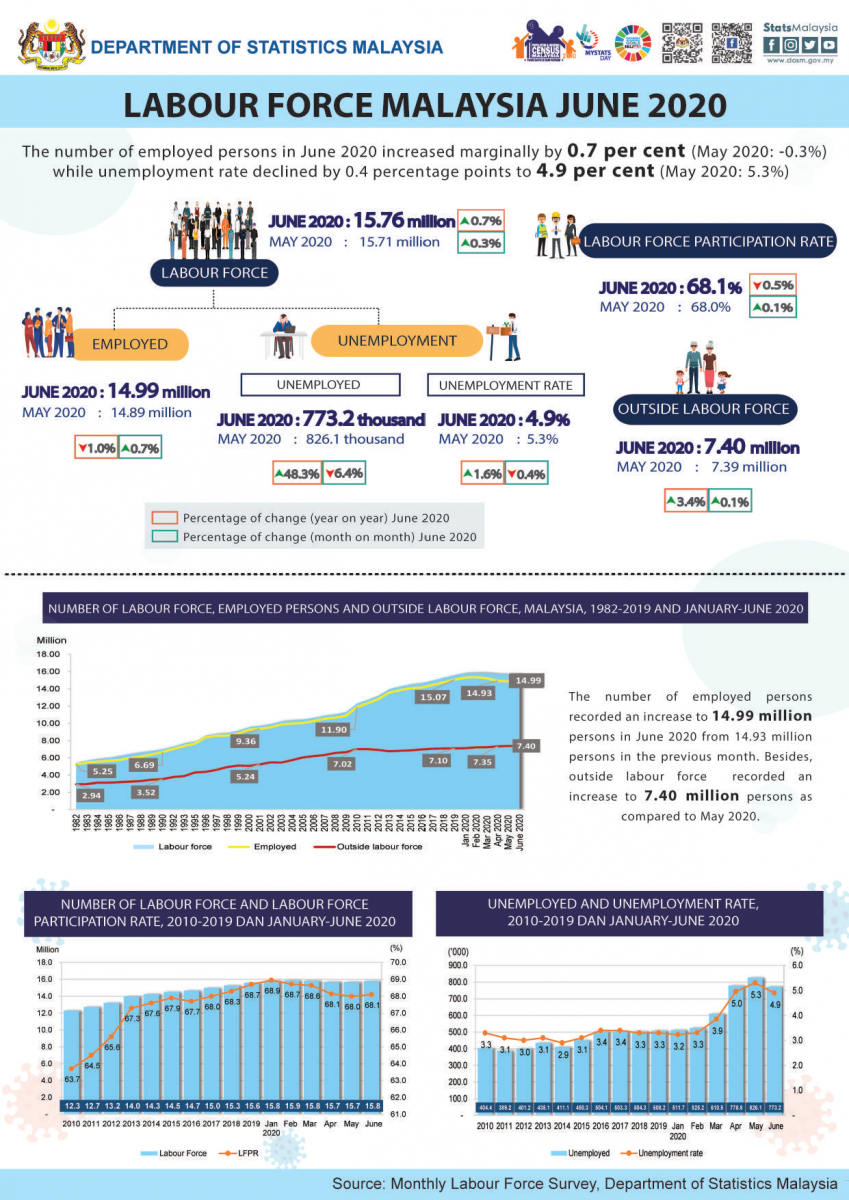 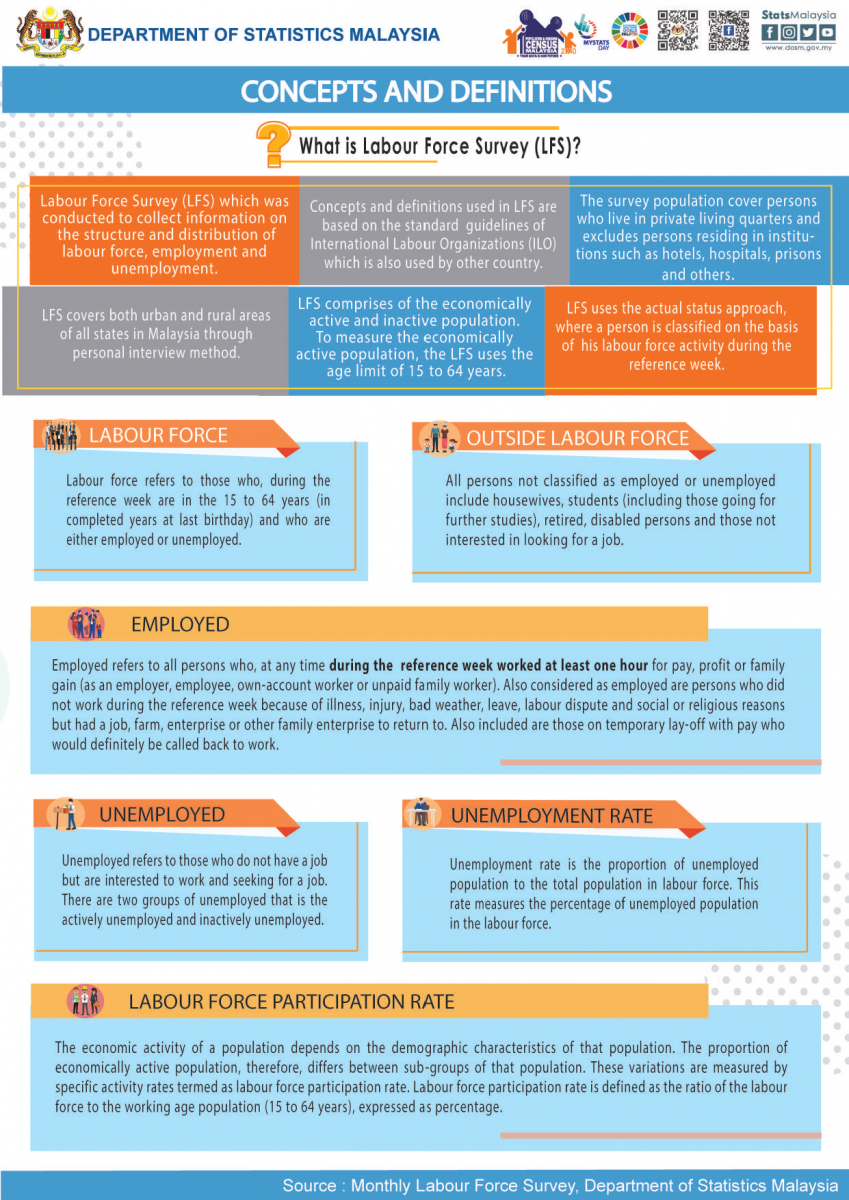 The opening of more economic activities since 10 June 2020 initiated more positive impact with an increase in the number of labour force by 49.5 thousand persons to record 15.76 million persons as compared to May 2020.

Employed persons grew marginally by 0.7 per cent month-on-month (May 2020: -0.3%) to 14.99 million persons. Employment-to-population ratio increased 0.3 percentage points from the previous month to post 64.7 per cent.

The number of outside labour force increased marginally by 0.1 per cent (+6.4 thousand persons) as against May 2020, bringing the total number to 7.40 million persons. The largest share was outside labour force due to housework/ family responsibilities, followed by schooling. 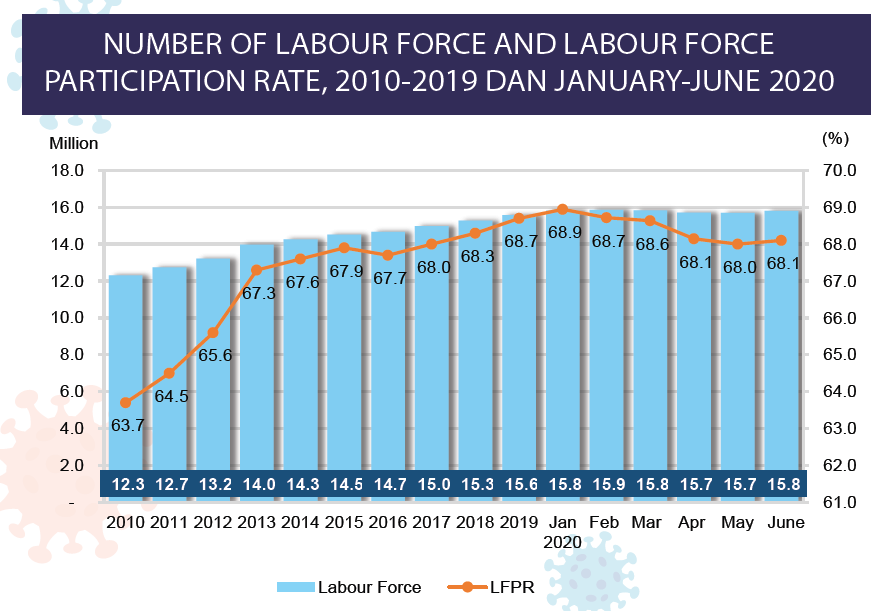 A better labour market condition in June 2020 was reflected by the decline in unemployment rate by 0.4 percentage points month-on-month to 4.9 percent from a record-high of 5.3 per cent in May 2020. During the same period, the number of unemployed persons lessened by 52.8 thousand to 773.2 thousand persons (May 2020: 826.1 thousand persons). Meanwhile, year-on-year, the number of unemployed persons rose by 251.8 thousand 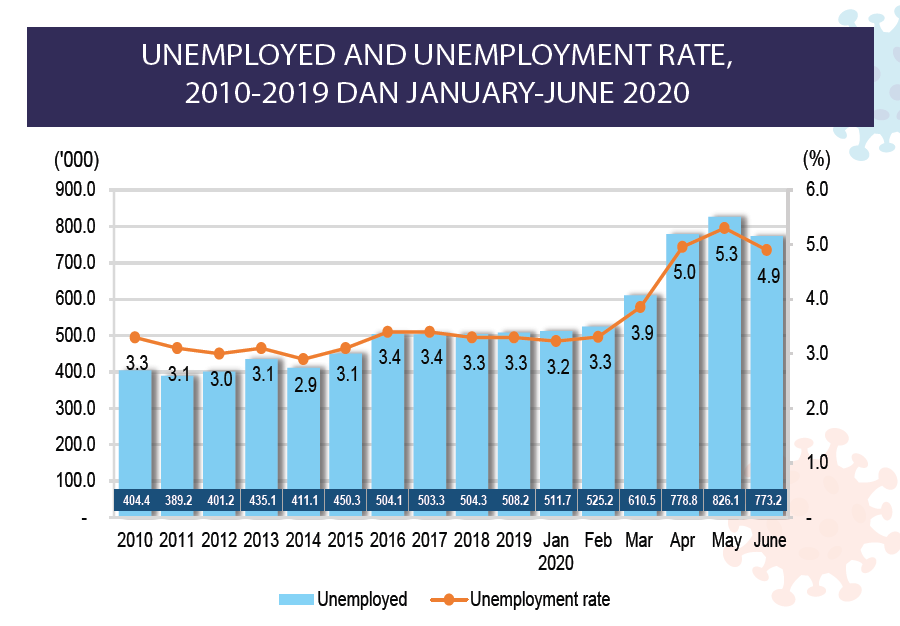