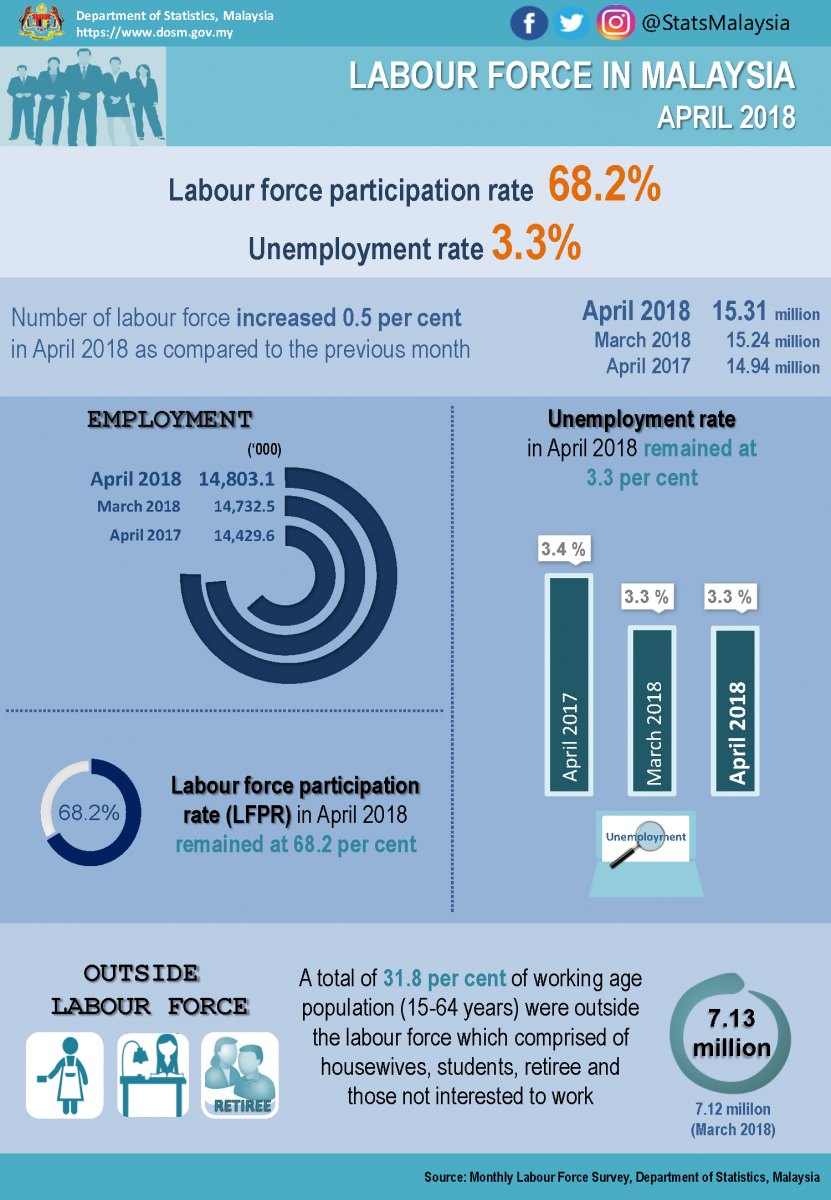 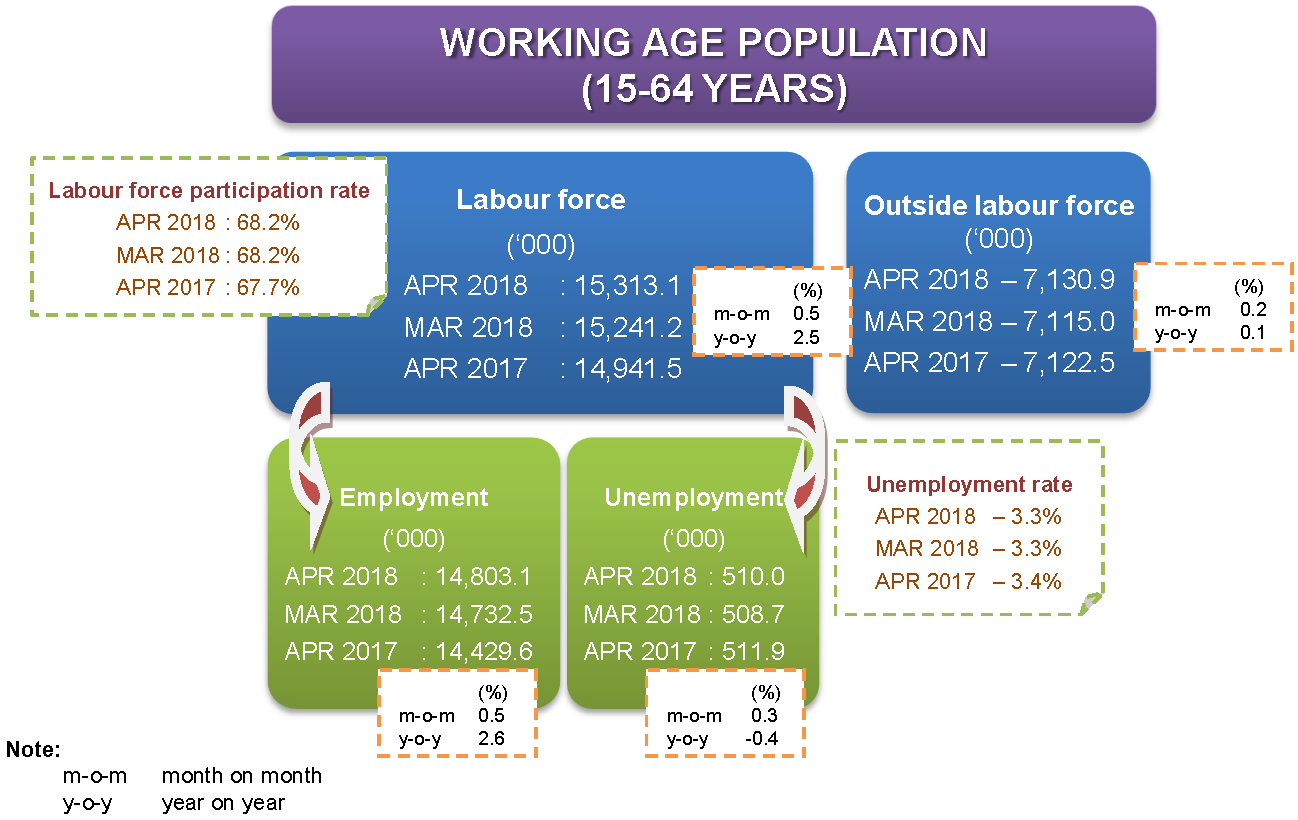 The number of labour force in this month rose 2.5 per cent (March 2018: 2.1%) against April 2017 to 15.3 million persons. During the same period, employed persons increased 2.6 per cent after registering 2.2 per cent growth in the previous month. 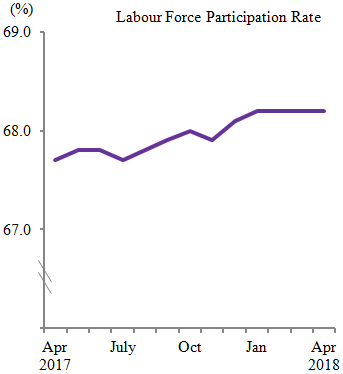 The unemployment rate in April 2018 remained at 3.3 per cent for three consecutive months. Unemployment rate fell by 0.1 percentage point as compared to 3.4 per cent in the same month of 2017. Number of unemployed persons recorded a total of 510 thousand persons, decreased 0.4 per cent (March 2018: -0.4%) against April 2017.

Unemployment rate (seasonally adjusted) in April 2018 remained 3.3 per cent as compared to the previous month. 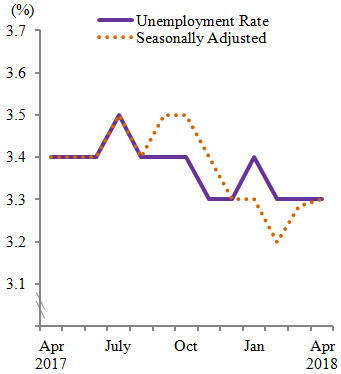