Household Income and Basic Amenities Survey (HIS& BA) 2014 is the latest survey regarding the household income and basic amenities conducted by the Departmentof Statistics, Malaysia.  This survey collects data on the characteristics of Malaysian household and has been carried out using personal interview approach in twelve months period in 2014.  All states have been covered in this survey include urban and rural strata.  The survey is carried out by probability sample that represents all households of Malaysian citizen.

In general, there are four sources of income that can be received (accrued) by household that are income from Paid Employment, Self-Employed, income from Property & Investments and Current Transfer received.  A household can have more than one income recipient and the income received can be from various sources. 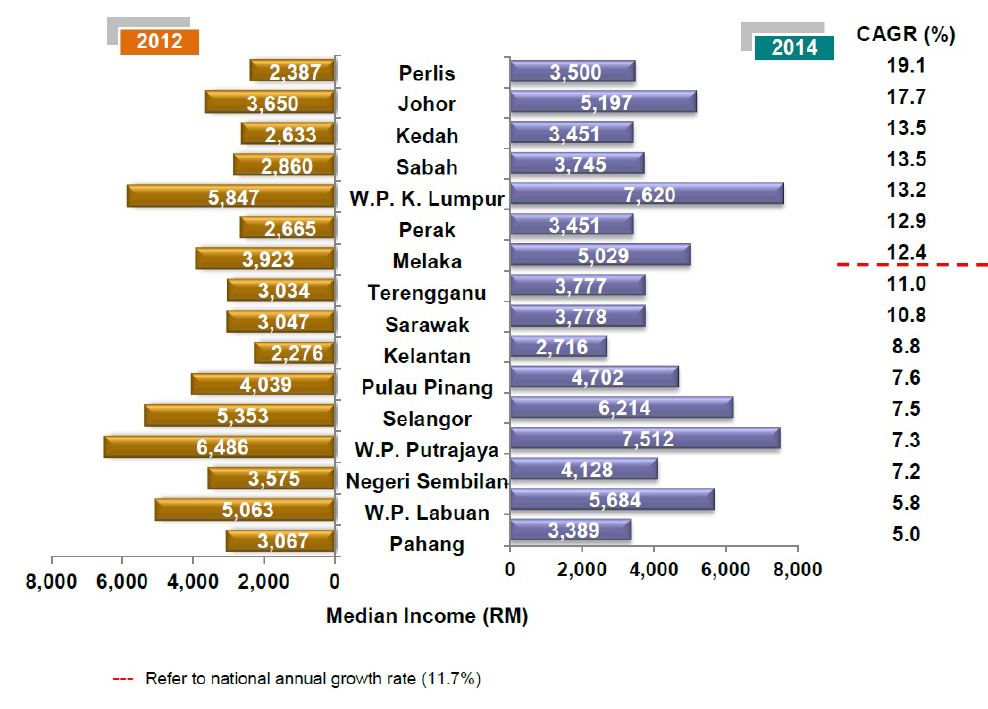 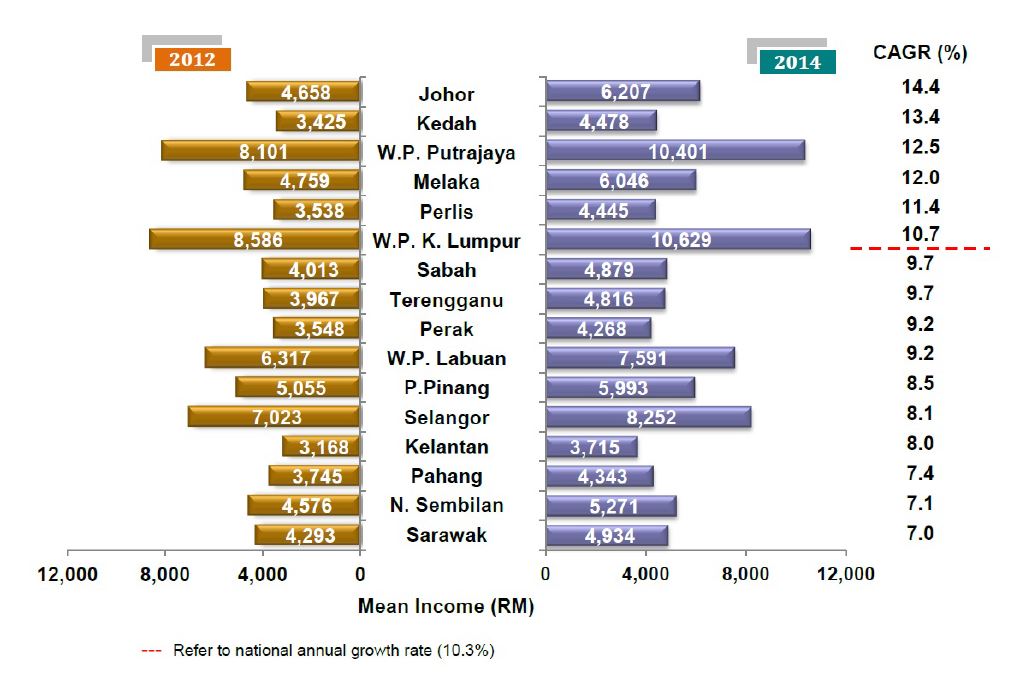 Gini coefficient declined by 3.0 percentage points from 0.431 in 2012 to 0.401 in 2014.  This indicating the improvement in the Malaysian household income distribution.  The same pattern can also be seen in urban and rural strata.