Value of gross output for services sector recorded an annual growth rate of 7.4 per cent, reached RM1.1 trillion in 2017

This publication presents statistics on Services sector which obtained from the Annual Economic Survey 2018 for reference year 2017. The main statistics such as the value of gross output, value of intermediate input, value added, number of persons engaged, salaries & wages paid as well as value of fixed assets owned are also presented in this publication. 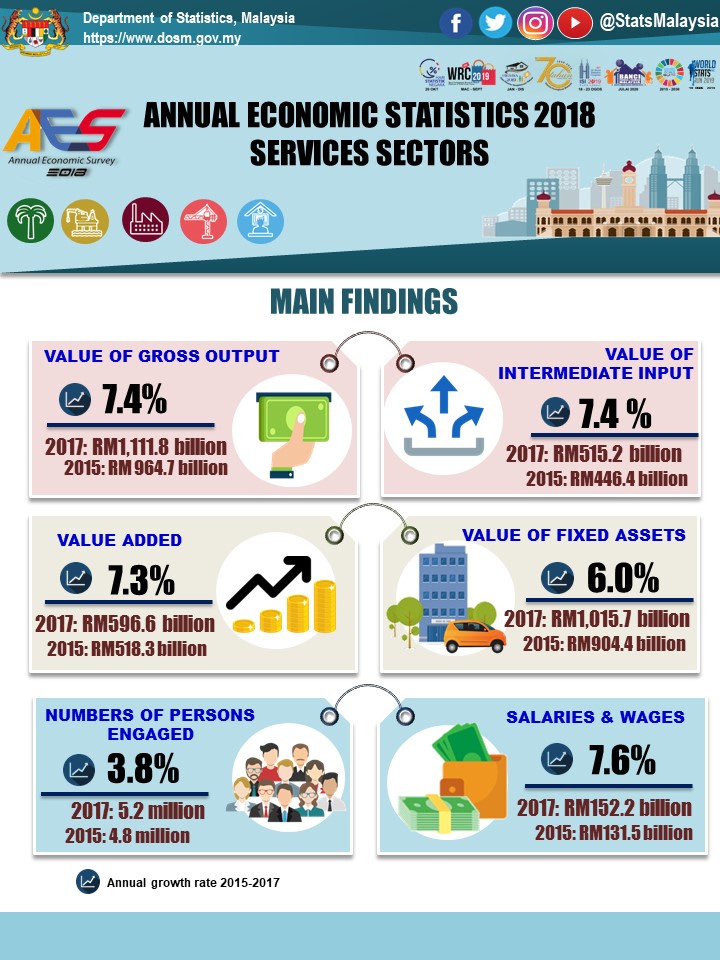 Services sector recorded gross output value of RM1,111.8 billion in 2017 as compared to RM964.7 billion in 2015, translating into an average annual growth rate of 7.4 per cent. In line with the growth in gross output, the value of intermediate input also increased by RM68.8 billion to record RM515.2 billion, with annual growth of 7.4 per cent and thus resulting a value added of RM596.6 billion for the year of 2017.

NUMBER OF PERSONS ENGAGED AND CATEGORY OF WORKERS