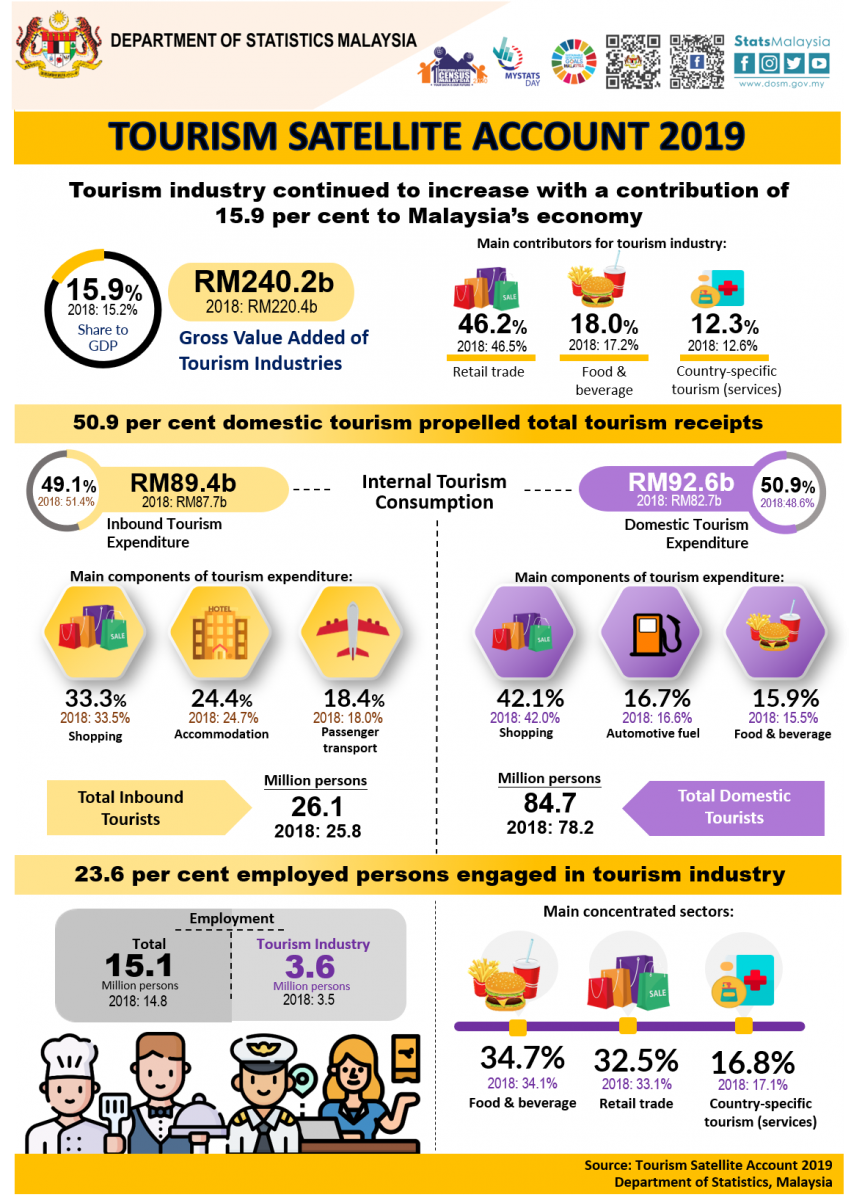 From the perspective of Services sector, tourism industry contributed 27.9 per cent to the entire sector in 2019 as compared to 27.4 per cent in the previous year. Overall, the largest contribution in the tourism industry dominated by retail trade (46.2%), followed by food & beverage (18.0%) and country-specific tourism characteristics services (12.3%). These three components of the tourism expenditure contributed 76.5 per cent to the total GVATI (Exhibit 2).

The performance of the tourism industry is also reflected in the contribution of TDGDP to GDP, which increased to 6.8 per cent in 2019 (2018: 6.5%). During the same period, TDGDP also recorded an annual growth of 7.9 per cent as compared to 7.6 per cent in 2018. TDGDP performance driven by retail trade, accommodation and food & beverage with a contribution of 42.2 per cent, 18.6 per cent and 11.2 per cent respectively (Exhibit 2).

Tourism ratio measures the level of internal tourism consumption towards the domestic supply in the tourism industry. In 2019, the tourism ratio recorded at 39.3 per cent as compared to 39.6 per cent in the preceding year which showed the consumption of non-tourism products increased by 0.3 percentage points. Accommodation is the most consumed product by visitors with a consumption rate of 92.6 per cent, followed by travel agencies & other reservation services (81.4%) and passenger transport services (55.6%) as shown in Exhibit 7.

Consumption of tourism product in passenger transport, travel agencies, automotive fuel and cultural, sport & recreational has increased in the tourism ratio for the year 2019 as compared to the preceding year.