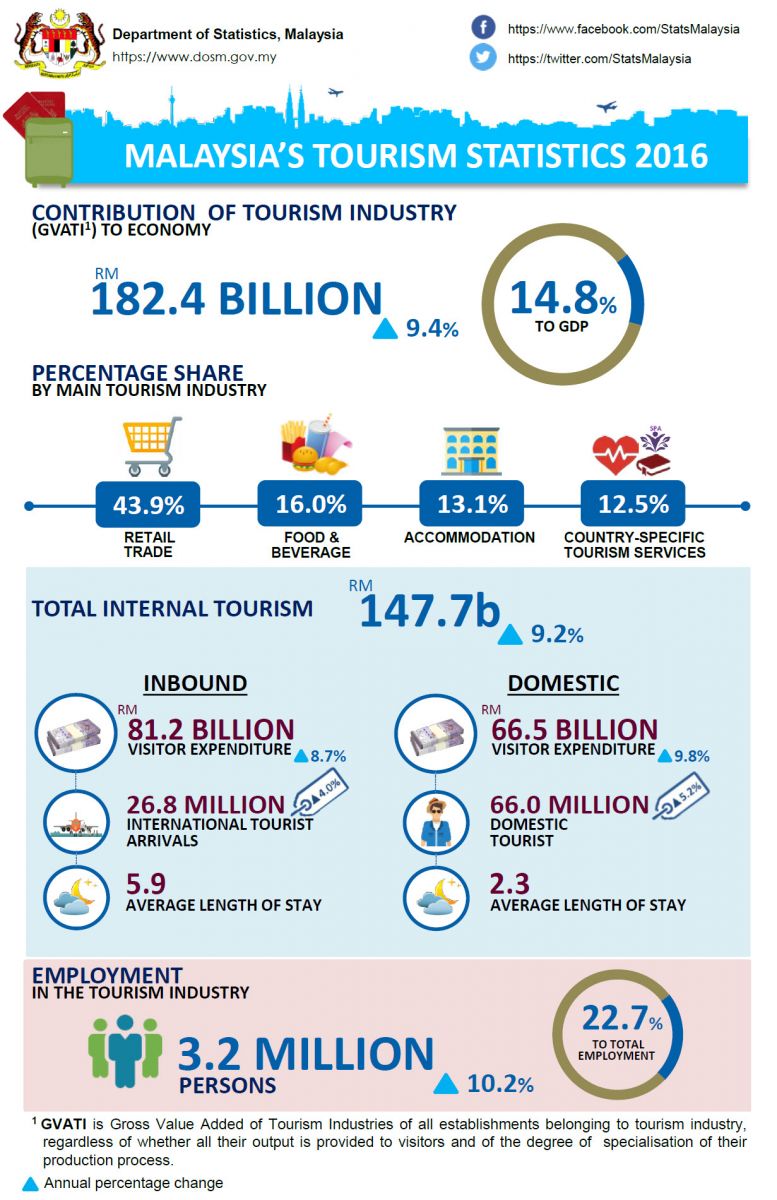 TOURISM INDUSTRY CONTRIBUTED 14.8% TO THE ECONOMY

Tourism Industry in Malaysia continues to expand in 2016 with the contribution of 14.8 per cent (RM182.4 billion) to the economy. In terms of growth, Gross Value Added of Tourism Industries grew at 9.4 per cent and the growth was impelled by retail trade industry, food & beverage and accommodation as shown in chart below. 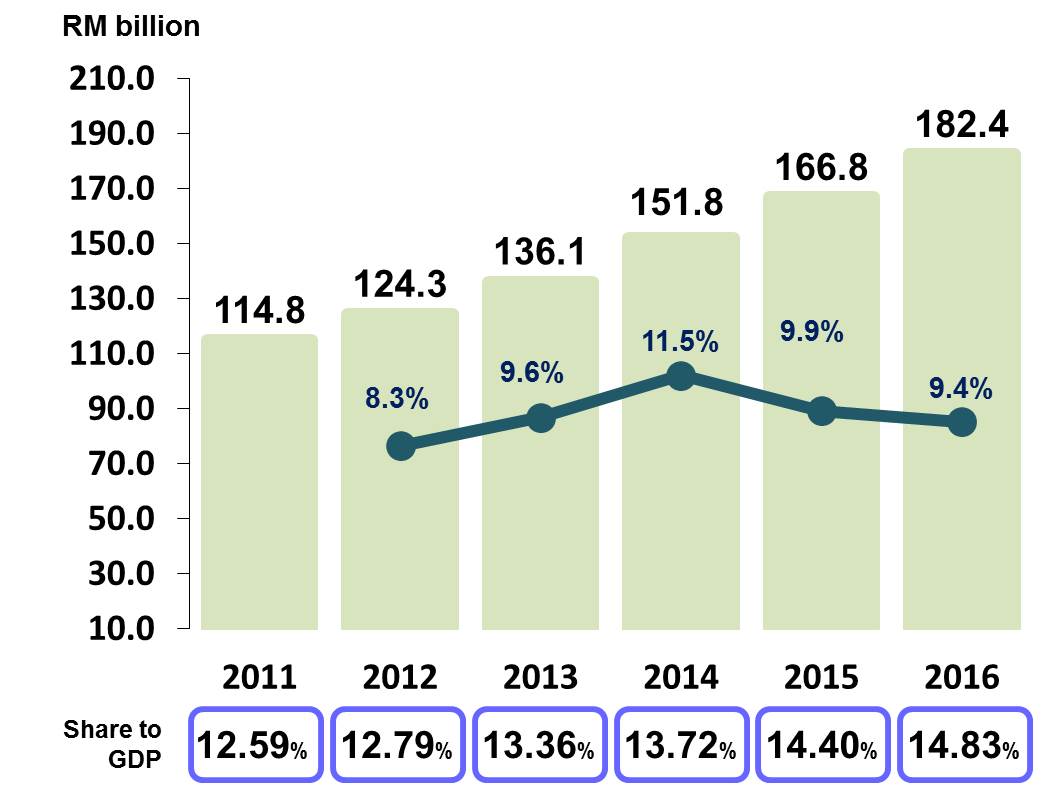 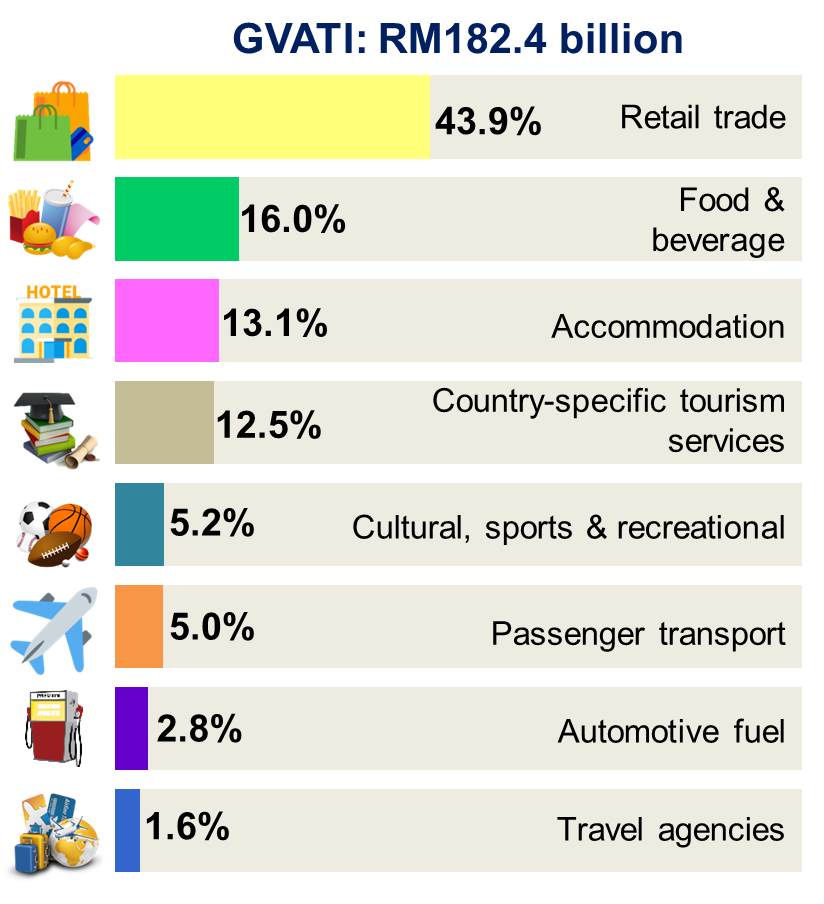 Domestic tourism expenditure generated an income of RM66.5 billion (Growth: 9.8%) with the total number of 189.3 million domestic visitors (2015: 176.9 million). Since 2011, Selangor remained as one of the Malaysia’s leading domestic visitors travel destination.

Inbound tourism expenditure increased to RM81.2 billion (2015: RM74.6 billion) with a growth of 8.7 per cent compared to a negative growth of 6.8 per cent (2015). The growth of inbound tourism expenditure was supported by the increase in the total tourist receipts following the higher number of international tourist arrivals to Malaysia. In 2016, tourist arrivals attained 26.8 million predominated by tourist from Singapore, Indonesia and China.