The share of Gross Value Added of Tourism Industries (GVATI) to Gross Domestic Product (GDP) elevated to 13.7 per cent in 2014 as against 13.4 per cent in 2013. GVATI recorded a value of RM151.7 billion with a robust growth of 11.5 per cent (2013: 9.5%) as shown in Chart I. The double-digit growth was impelled by retail trade industry, food & beverage and accommodation. 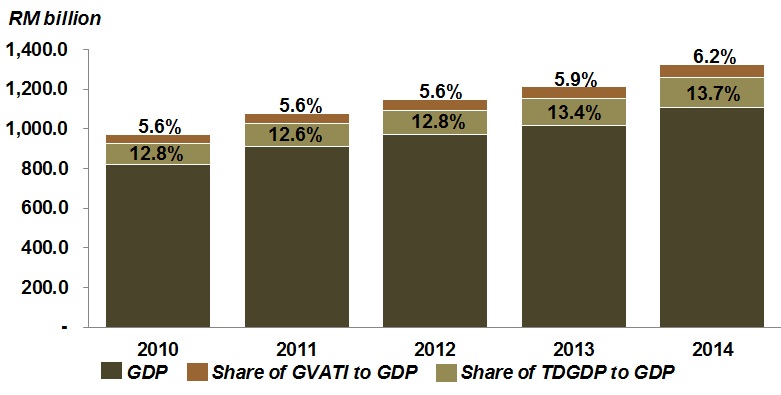 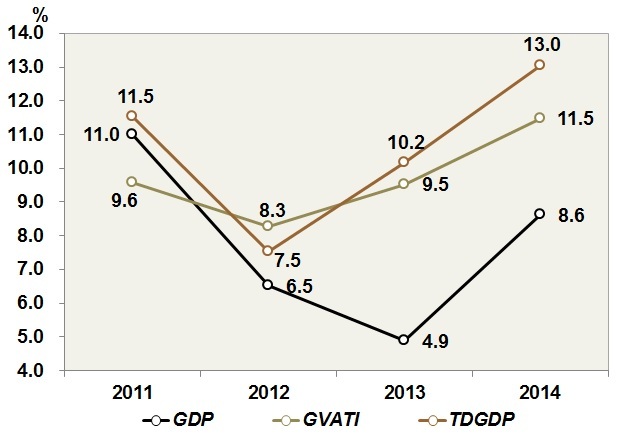 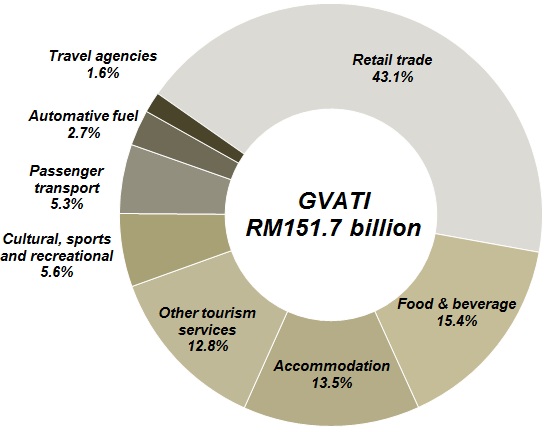 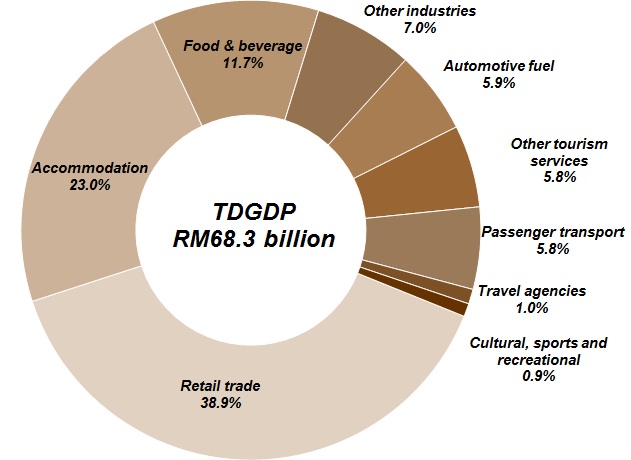 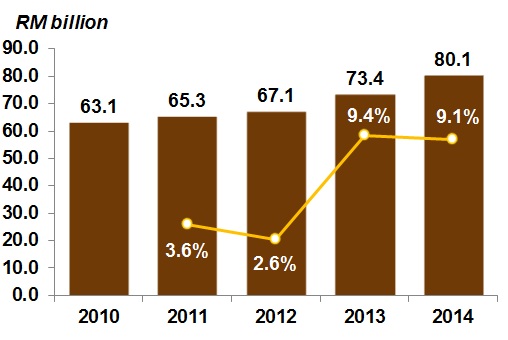 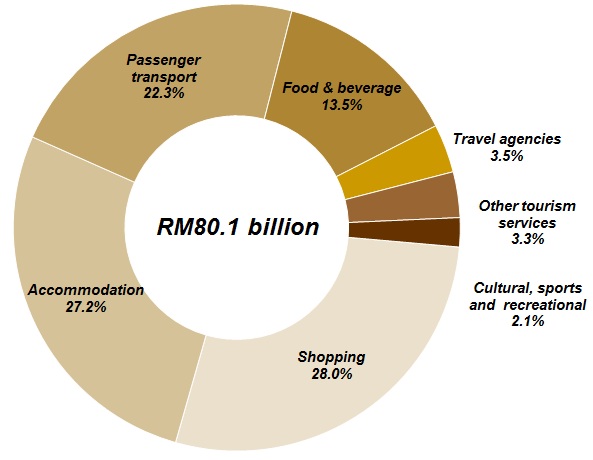 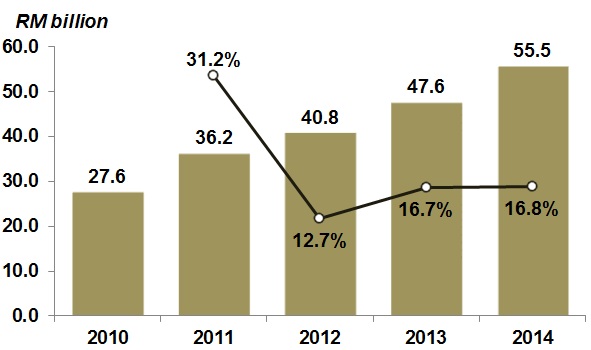 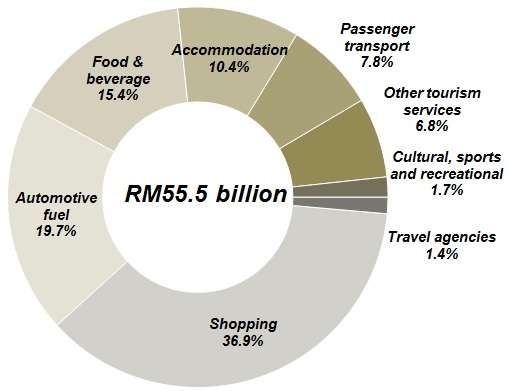 EMPLOYMENT IN THE TOURISM INDUSTRY

Food & beverage serving services and retail trade recorded the highest employment in the tourism industry with a share of 33.6 per cent and 28.8 per cent respectively (Chart 6). 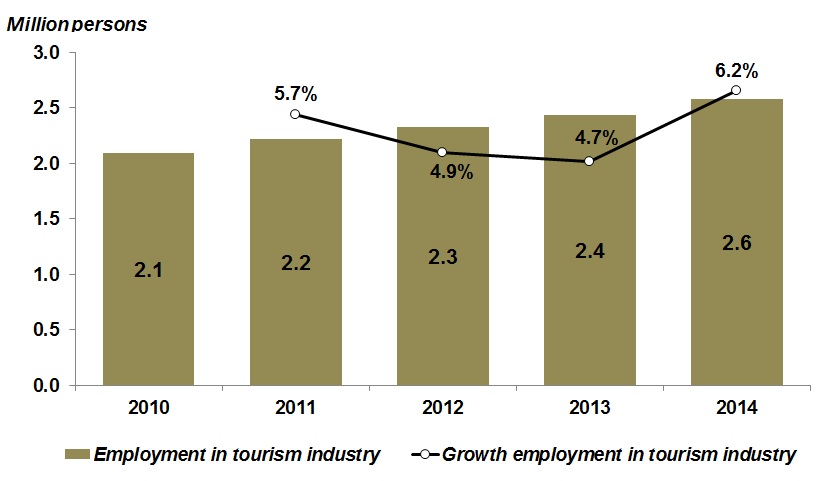 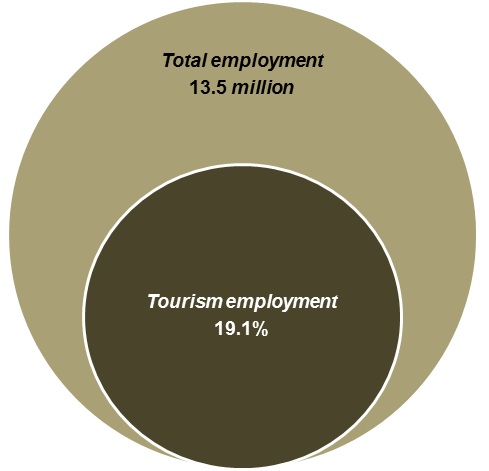 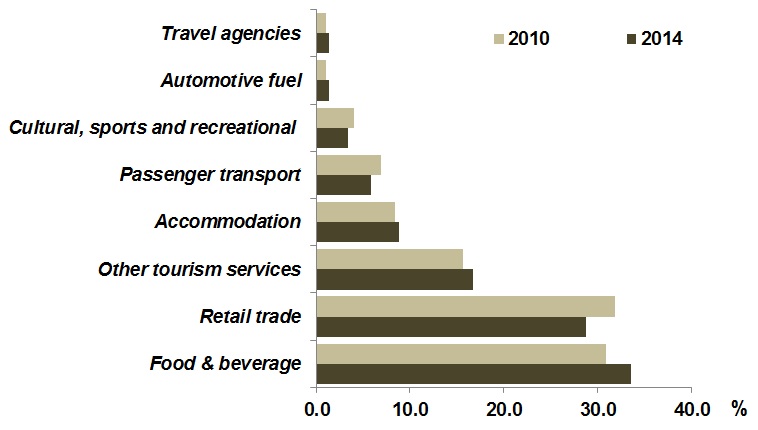 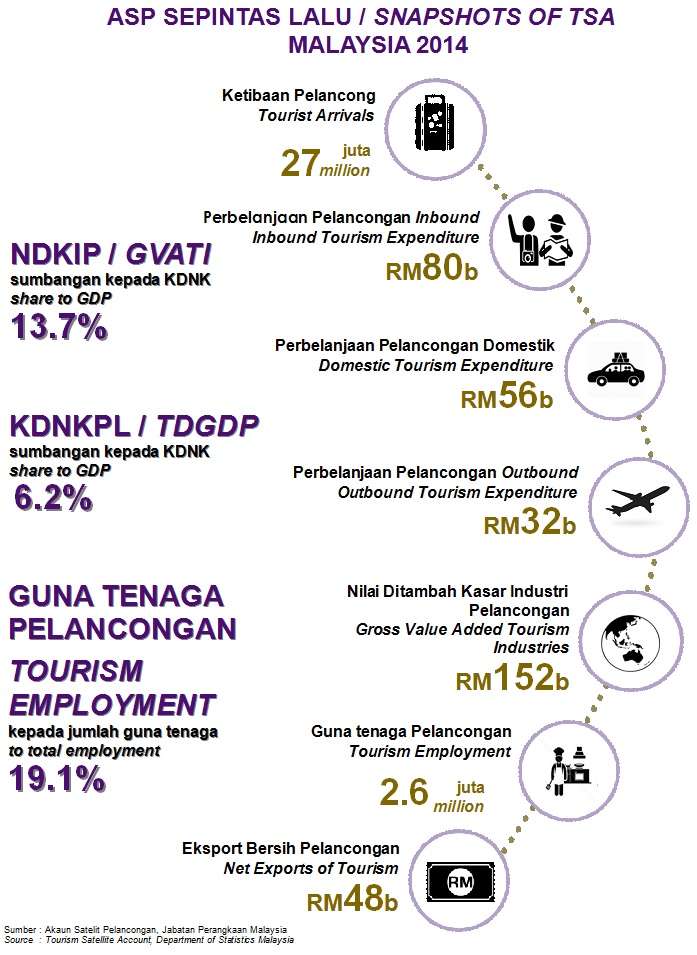