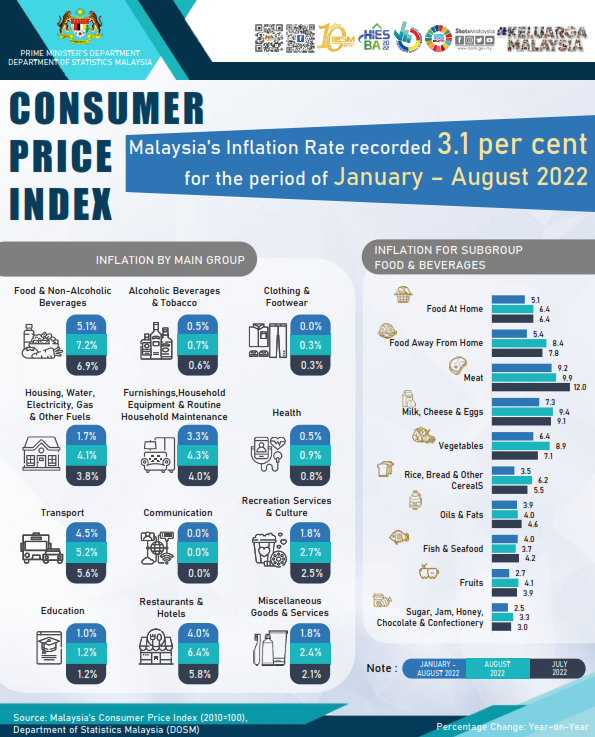 The inflation for the period of January to August 2022 increased 3.1 per cent as compared to the same period of the previous year. It was driven by the strong demand, commodity prices that remain high and disruptions in global supply chains. Among the group that recorded increases were Food & Non-Alcoholic Beverages (5.1%), Transport (4.5%) and Restaurants & Hotels (4.0%).

Month on month, the increase in August 2022 moderated to 0.2 per cent as compared to 0.4 per cent in July 2022. This was mainly contributed by the Food & Non-Alcoholic Beverages and Transport group which increase at a slower rate than the previous month.

The full publication of the Consumer Price Index Malaysia, August 2022 can be downloaded from eStatistik portal.