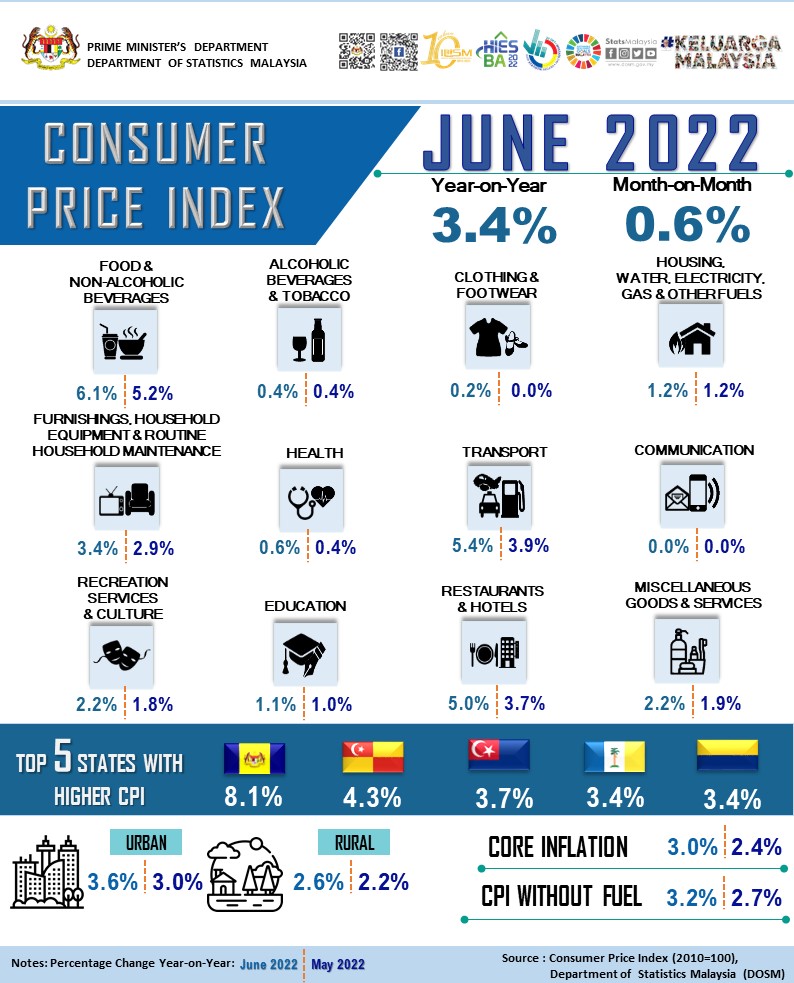 Food Inflation continues to contribute in the rise of Malaysia’s inflation, June 2022

Malaysia’s inflation increased 3.4 per cent to 127.4 in June 2022 as against 123.2 in the same month of the preceding year. The Food index increased 6.1 per cent and remained as the main contributor to the rise in the inflation during the month of June 2022. Meanwhile, other groups except Communications also recorded increases and led headline inflation to 3.4 per cent. Transport increased 5.4 per cent followed by Restaurants & Hotels (5.0%); Furnishings, Household Equipment & Routine Household Maintenance (3.4%); Miscellaneous Goods & Services (2.2%) and Recreation Services & Culture (2.2%). 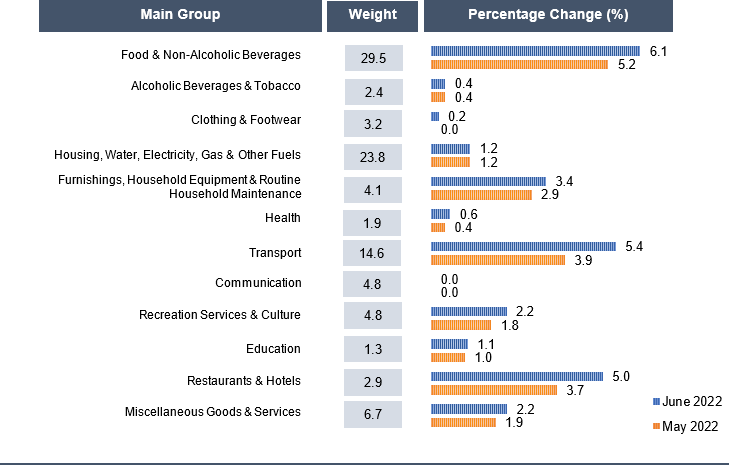 Core inflation measures changes in the prices of all goods and services, excluding volatile items of fresh food as well as administered prices of goods by the government. Core inflation registered an increase of 3.0 per cent in June 2022 as compared to the same month of the previous year. The highest increase was recorded by Food & Non-Alcoholic Beverages group with 5.6 per cent.

All states registered an increase in the inflation of Food & Non-Alcoholic Beverages. The highest increase was recorded by Wilayah Persekutuan Putrajaya (8.2%) followed by Selangor (7.5%), Johor (7.3%), Pulau Pinang (6.8%) and Perlis (6.1%). The increase was mainly due to higher prices of meat and vegetables in June 2022 as compared to the same month last year. Meanwhile, other states showed an increase below the national inflation of Food & Non-Alcoholic Beverages rate of 6.1 per cent in June 2022. 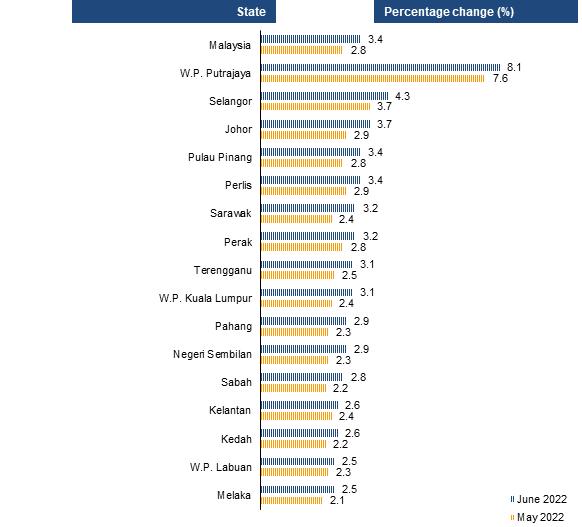 The full publication of the Consumer Price Index Malaysia, June 2022 can be downloaded from eStatistik portal.