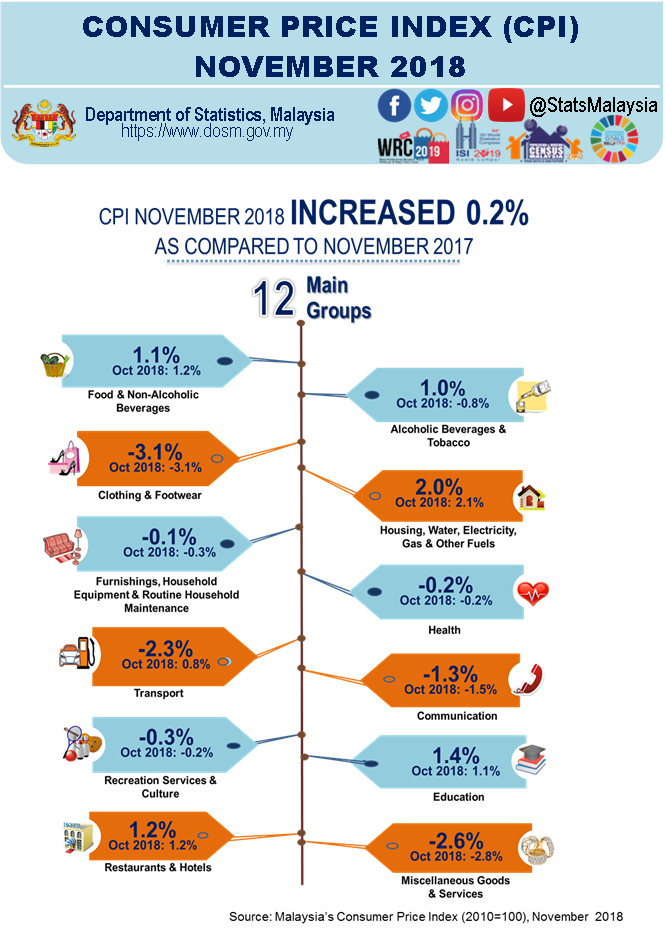 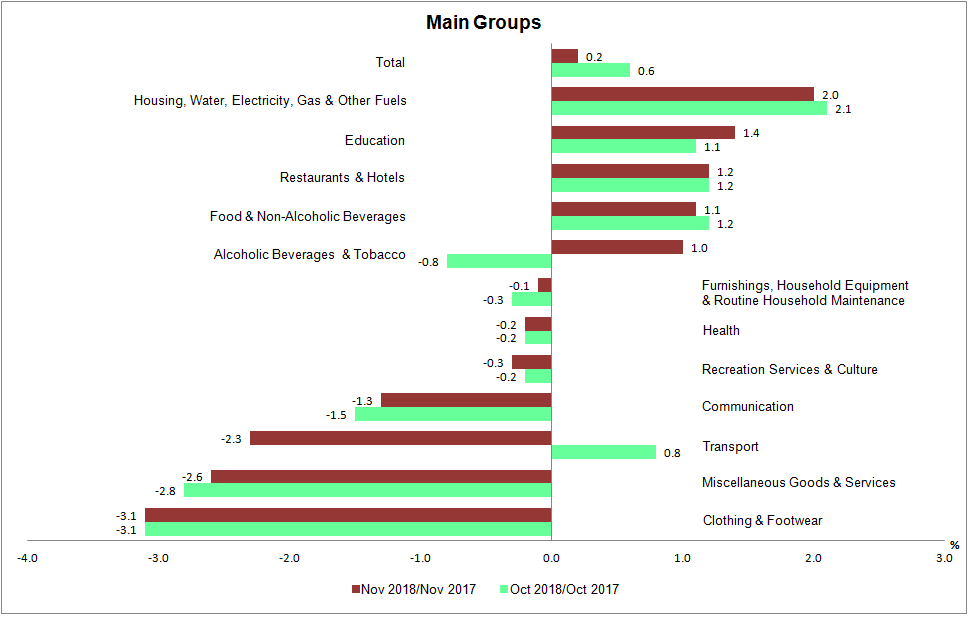 The overall index for Food & Non-Alcoholic Beverages which accounted 29.5 per cent in the CPI weights increased 1.1 per cent in November 2018. This was attributed by the food sub-group index of Vegetables (+0.8 per cent), Fish & Seafood (+0.5 per cent) and Fruits (+0.2 per cent). Meanwhile, the index for sub-group Sugar, Jam, Honey, Chocolate & Confectionery decreased 2.3 per cent, followed by index for sub-groups Meat (-2.2 per cent) and Oils & Fats (-0.7 per cent).

Meanwhile, the index for Food Away From Home increased 3.3 per cent in November 2018 as against November 2017. The rise in the price of Burger, Fried Chicken and Rice with Side Dishes contributed to the increase of the index of this sub-group. 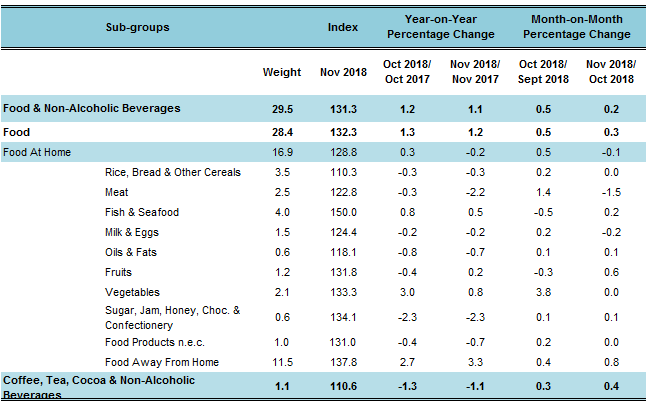 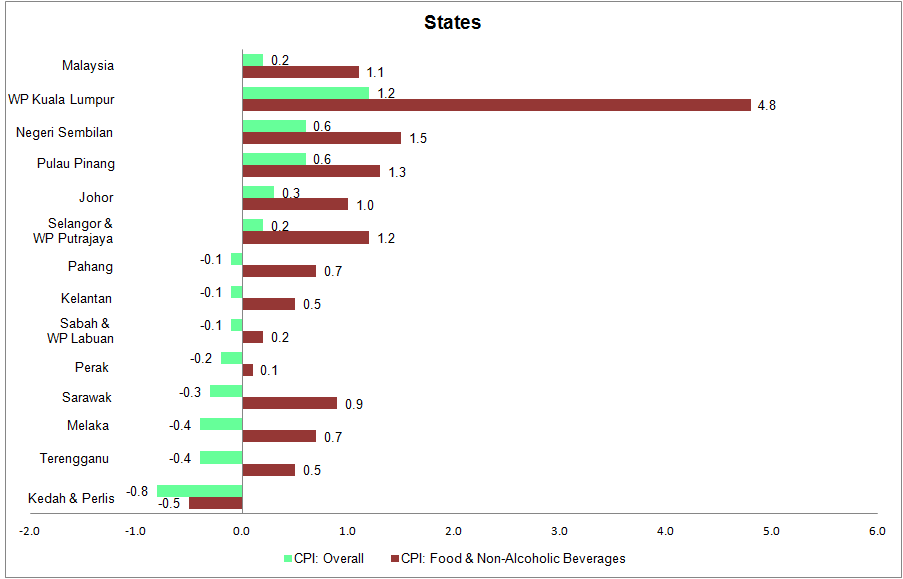 Core index increased 0.5 per cent in November 2018, as compared to the same month of the previous year. Among the major groups which influenced the higher core rate were price increases for Housing, Water, Electricity, Gas & Other Fuels (+2.3 per cent), Food & Non-Alcoholic Beverages (+1.5 per cent), Education (+1.4 per cent) and Restaurants & Hotels (+1.2 per cent). Core index, which excludes most volatile items of fresh food, as well as administered prices of goods and services recorded changes ranging from -0.2 per cent to 2.2 per cent for the period January to November 2018 as compared with the same period of the previous year. (Table 2) 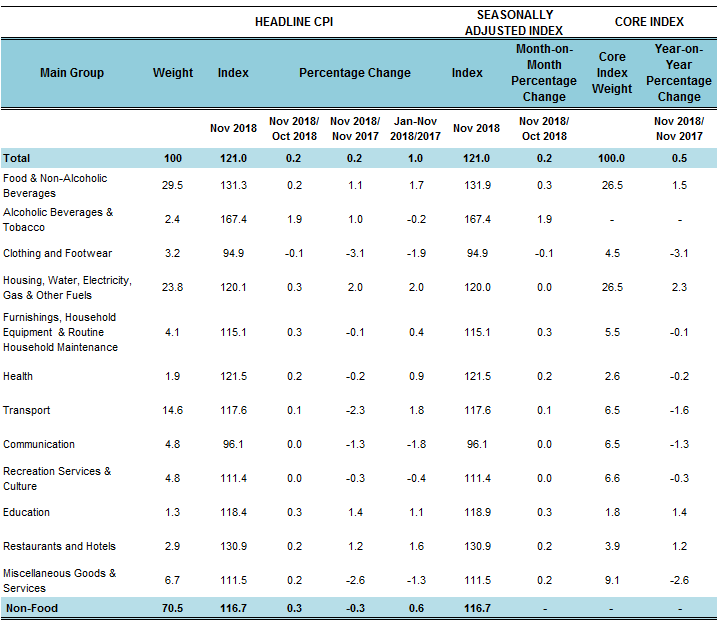