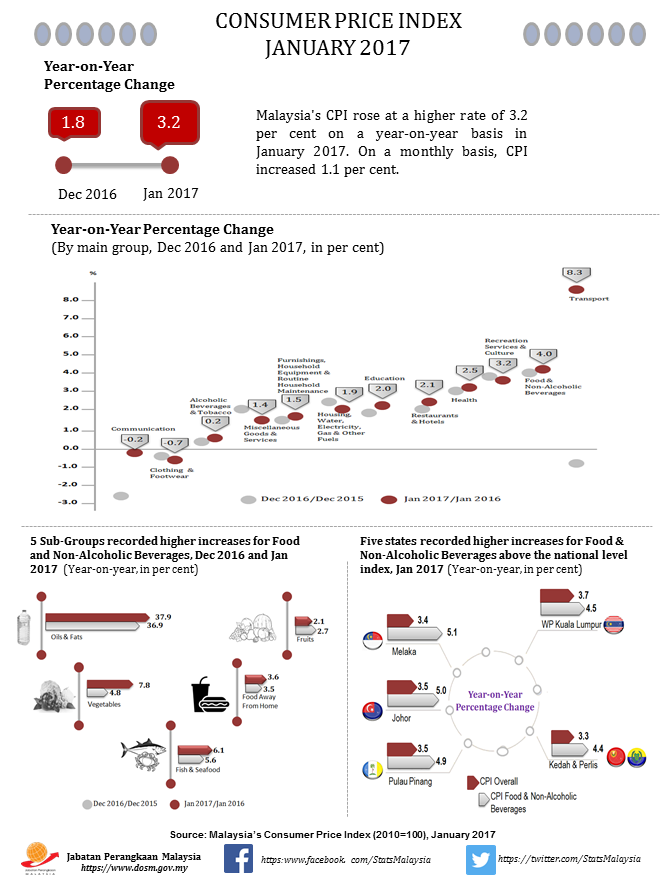 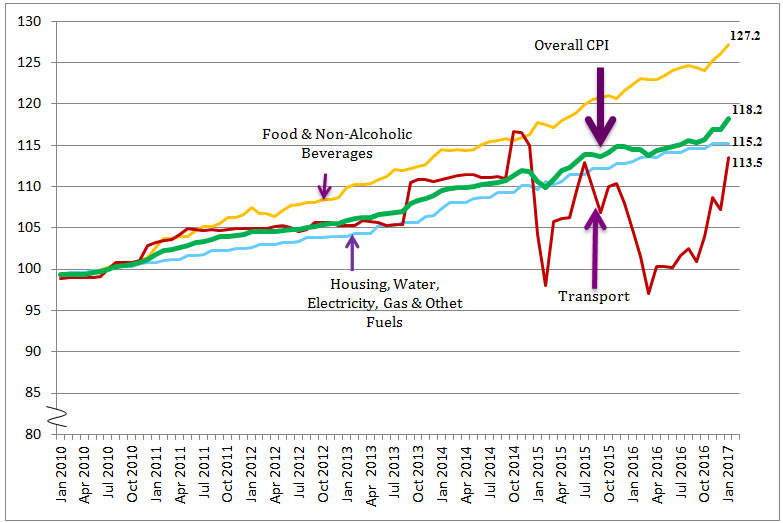 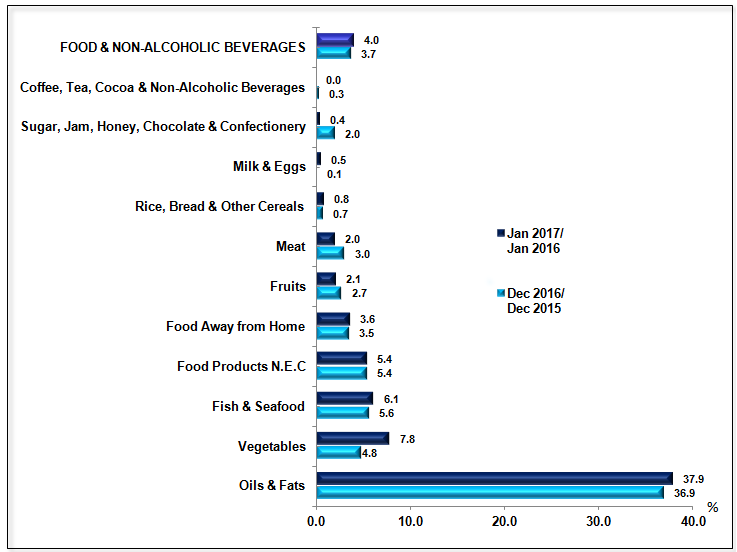 The index for Food & Non-Alcoholic Beverages recorded an increase higher than the rate of overall CPI. The increase in the index for Food & Non-Alcoholic Beverages was reflected in most states in Malaysia especially those in highly urbanised states such as Wilayah Persekutuan Kuala Lumpur, Selangor & Wilayah Persekutuan Putrajaya, Pulau Pinang, Johor and Melaka. 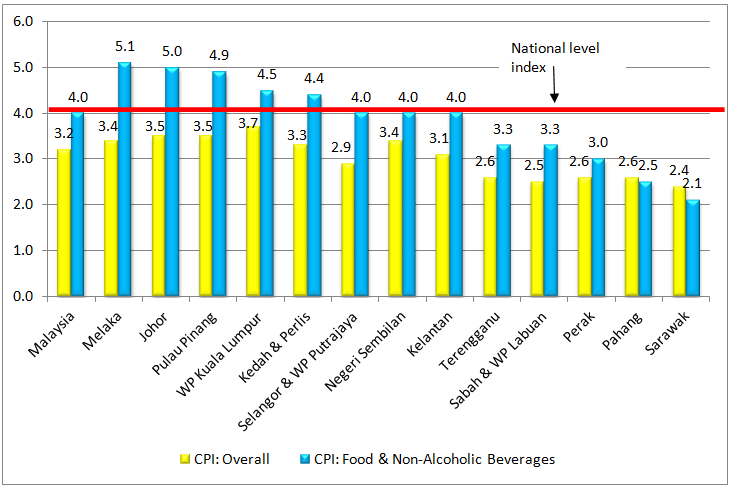 Based on a seasonally adjusted term, the overall CPI for January increased 1.1 per cent as compared to December 2016 (Table 1).

Core inflation rose 2.3 per cent in January 2017 compared to the same month of the previous year. Among the major groups which influenced the higher core rate were price increases for Transport (+3.3 per cent); Food & Non-Alcoholic Beverages (+3.3 per cent); Recreation Services & Culture (+3.2 per cent); Health (+2.5 per cent) and Housing, Water, Electricity, Gas & Other Fuels (+2.4 per cent) (Table 3). 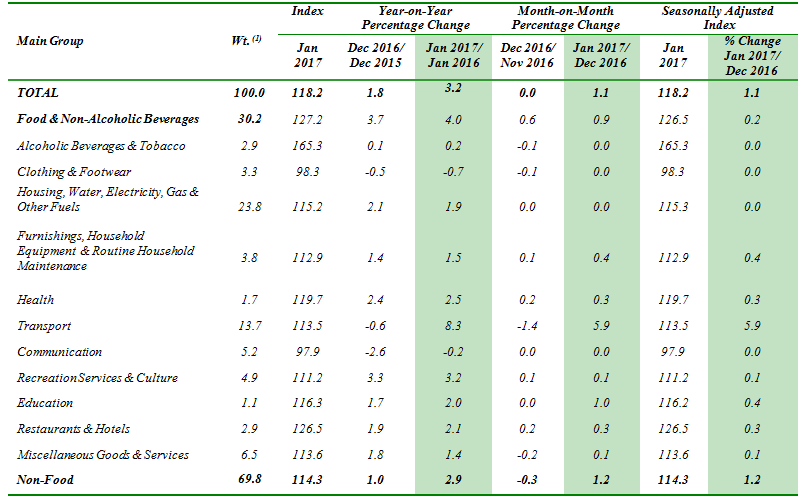 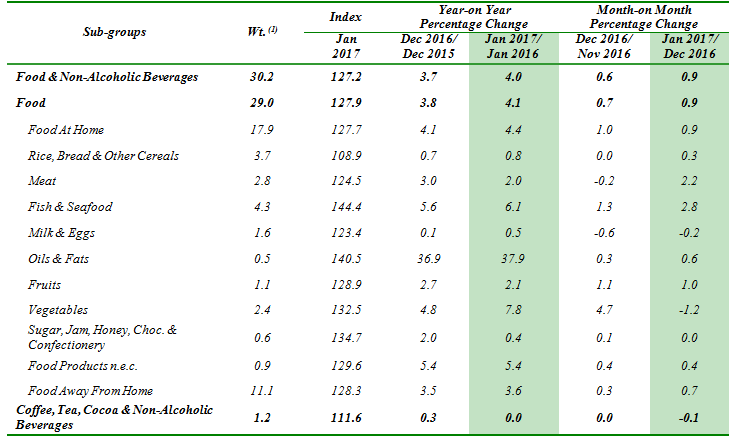 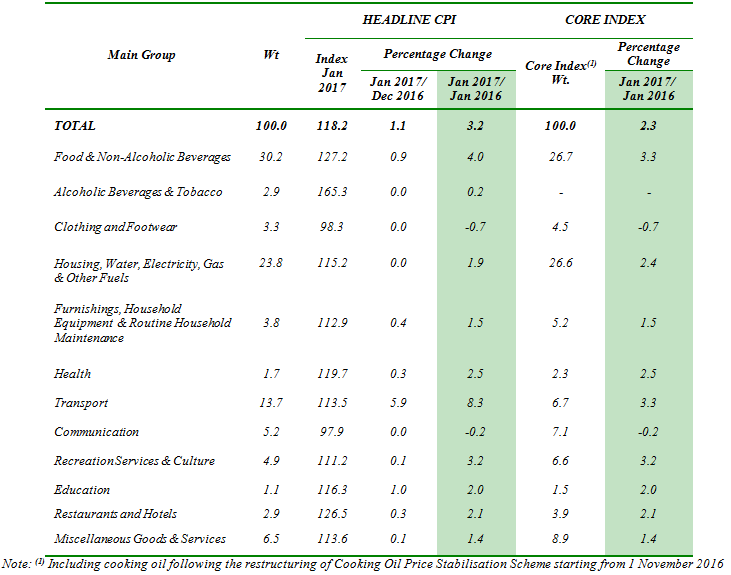 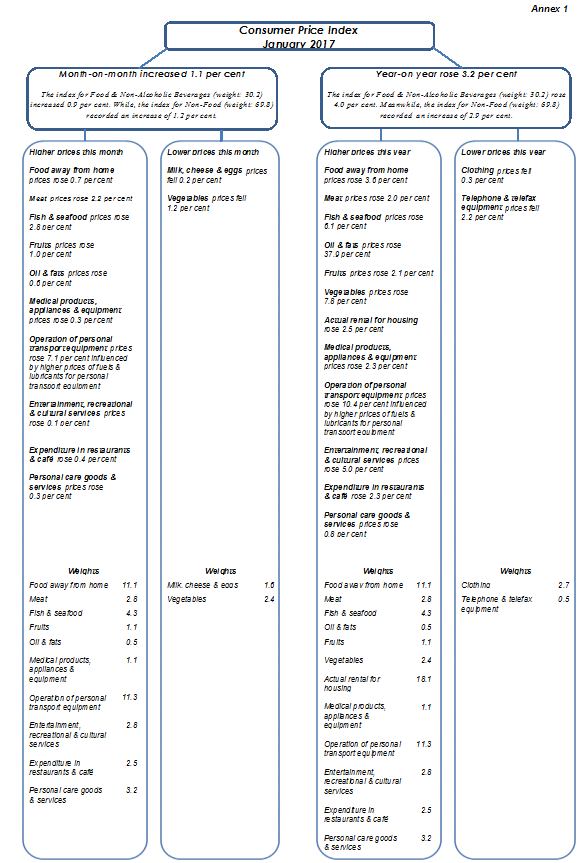