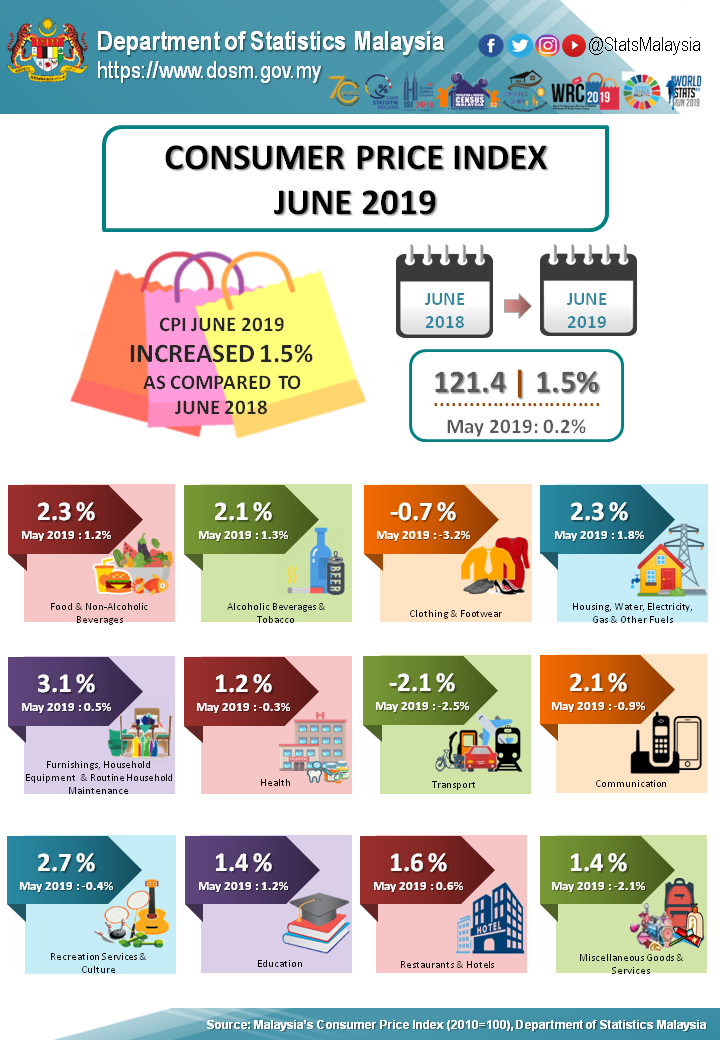 Consumer Price Index (CPI) stood at 1.5 per cent in June 2019 to 121.4 as against 119.6 in the same month of the preceding year. The abolishment of the Goods and Services Tax (GST) to zero-rated on 1st June 2018 led to the increase in some of the index of the main groups namely Furnishings, Household Equipment & Routine Household Maintenance (+3.1 per cent), Recreation Services & Culture (+2.7 per cent), Food & Non-Alcoholic Beverages (+2.3 per cent) and Housing, Water, Electricity, Gas & Other Fuels (+2.3 per cent). (Chart 1). 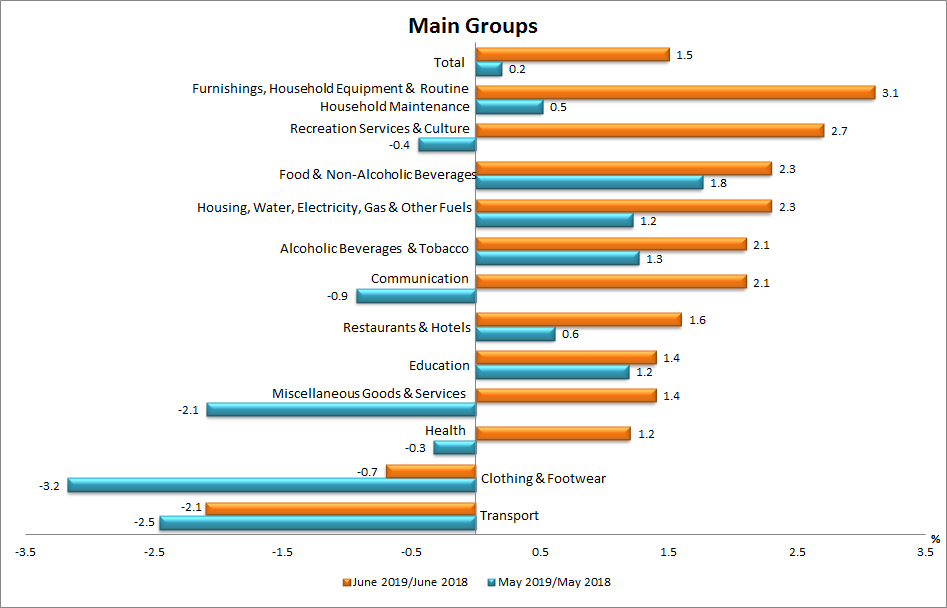 The index for Food Away From Home increased 4.2 per cent in June 2019 as against June 2018. The rise in the price of Burger, Fried Chicken, Pizza and Sea Food Other Than Fish contributed to the increase of the index of this sub-group. (Table 1) 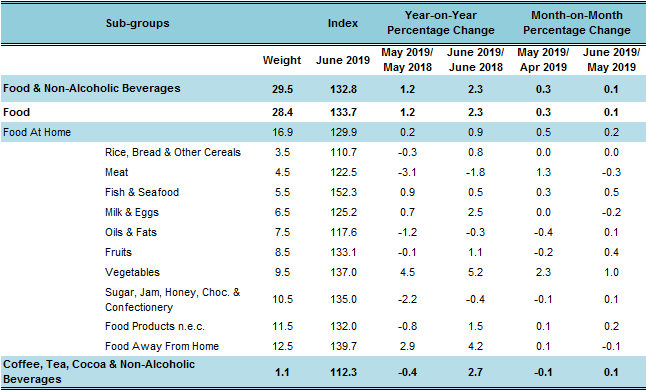 All states registered increase in the index of Food & Non-Alcoholic Beverages. The highest increases were recorded by Wilayah Persekutuan Kuala Lumpur (+4.0 per cent), Pulau Pinang (+2.8 per cent), Perak (+2.7 per cent) and Selangor & Wilayah Persekutuan Putrajaya (+2.6 per cent) and the increase surpassed the national index of Food & Non-Alcoholic Beverages in June 2019. (Chart 2) 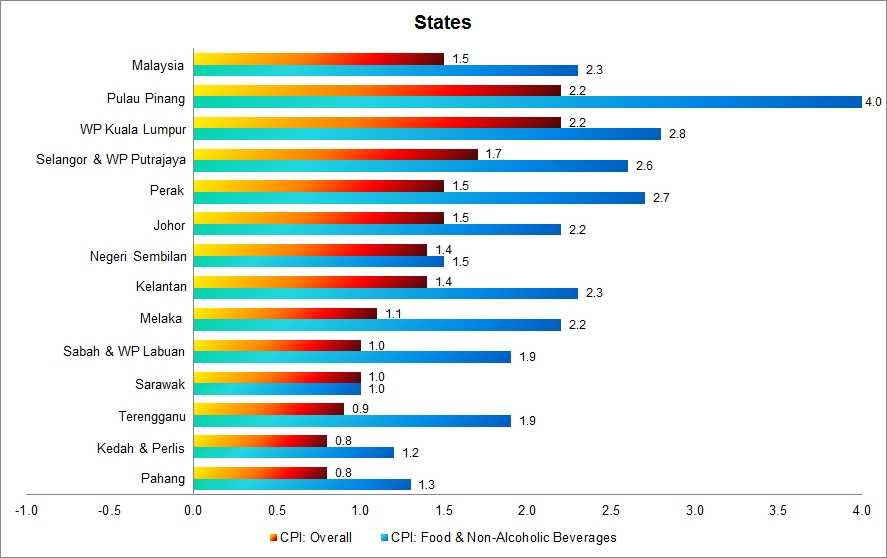 Core index increased 1.9 per cent in Jun 2019 as compared to the same month of the previous year. Among the major groups which influenced the higher core rate were price increases of Furnishings, Household Equipment & Routine Household Maintenance (+3.1 per cent), Food & Non-Alcoholic Beverages (+2.3 per cent), Recreation Services & Culture (+2.7 per cent) and Communication (+2.1 per cent). 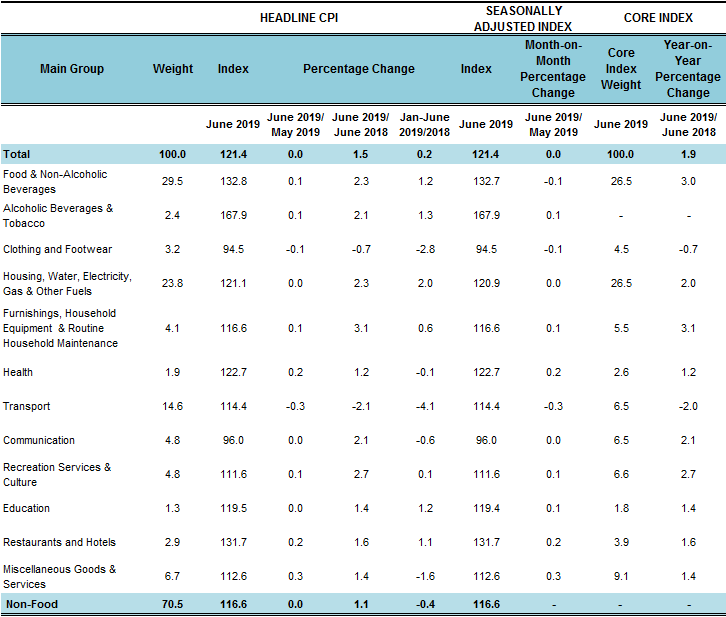