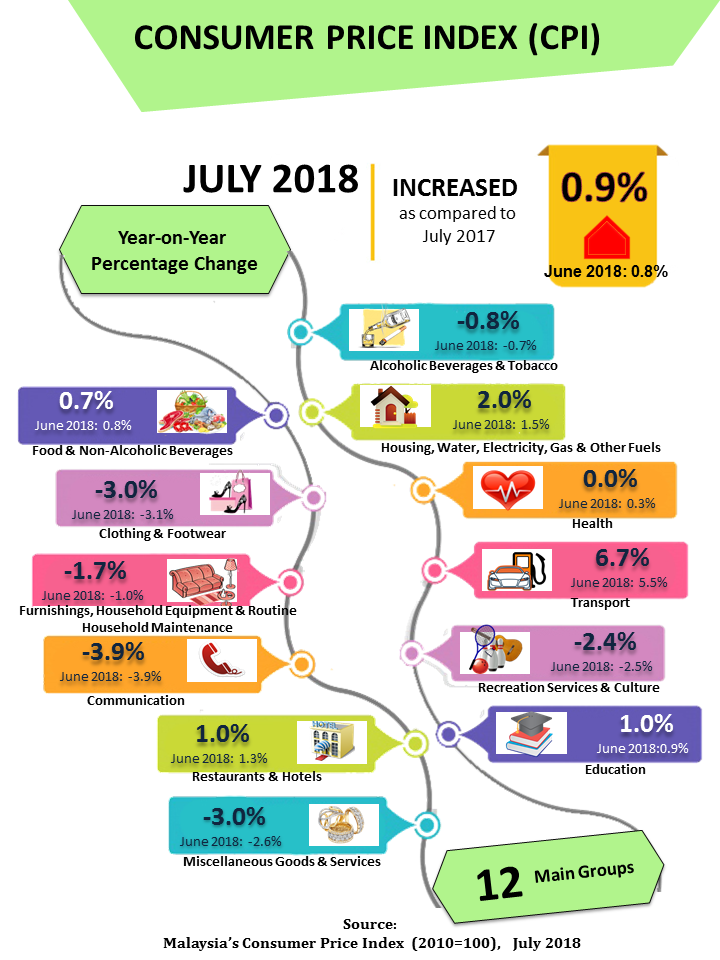 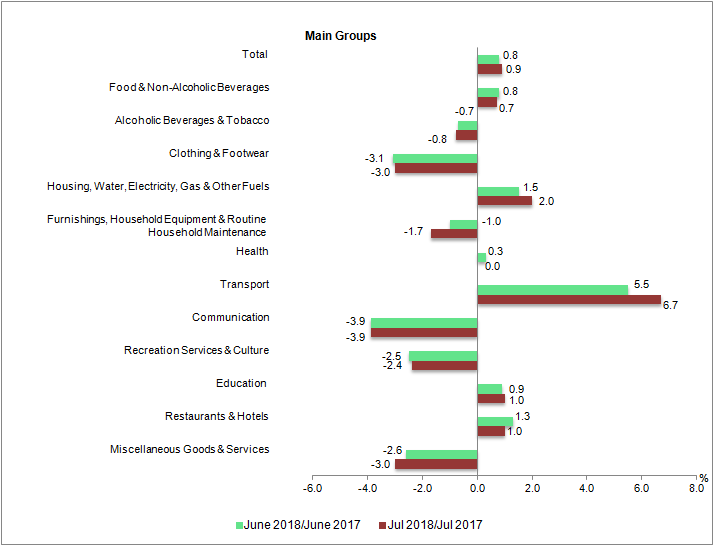 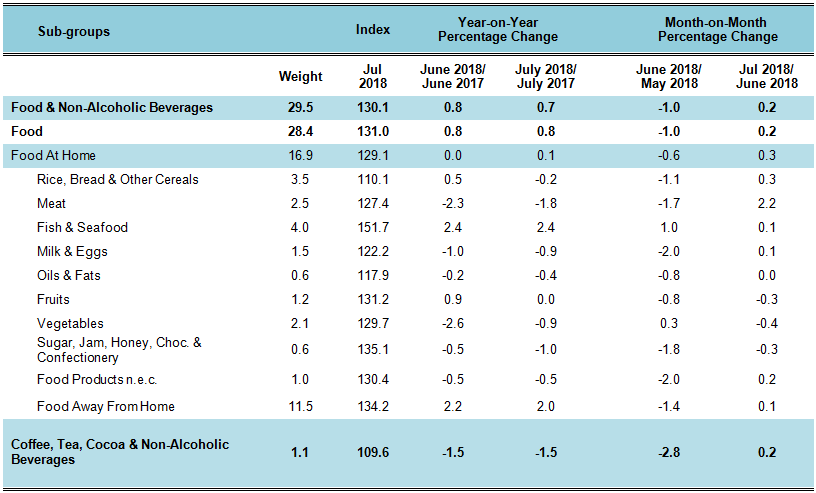 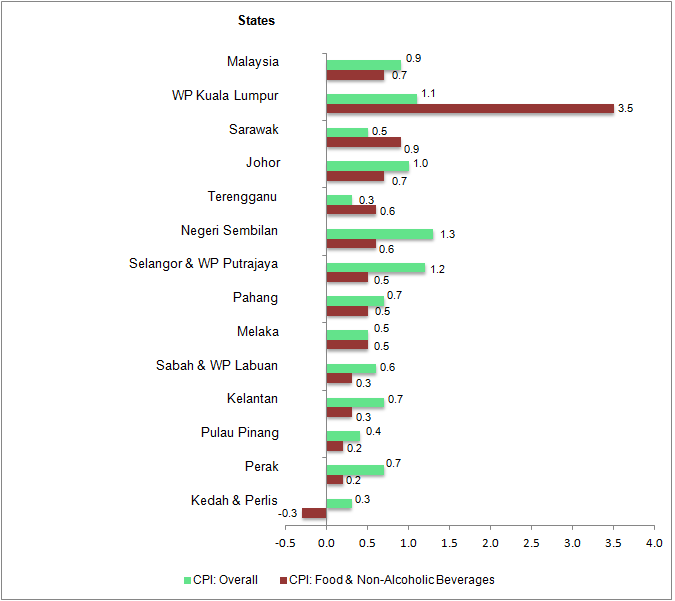 Core inflation decreased 0.2 per cent in July after an increase of 0.1 per cent in June 2018. Among the major groups which influenced the lower core rate were price decreases for Communication (-3.9 per cent), Clothing & Footwear (-3.0 per cent) and Miscellaneous Goods & Services (-3.0 per cent). Core inflation, which excludes most volatile items of fresh food, as well as administered prices of goods and services recorded changes ranging from -0.2 per cent to 2.2 per cent for the period January to July 2018 as compared with the same period of the previous year.(Table 2) 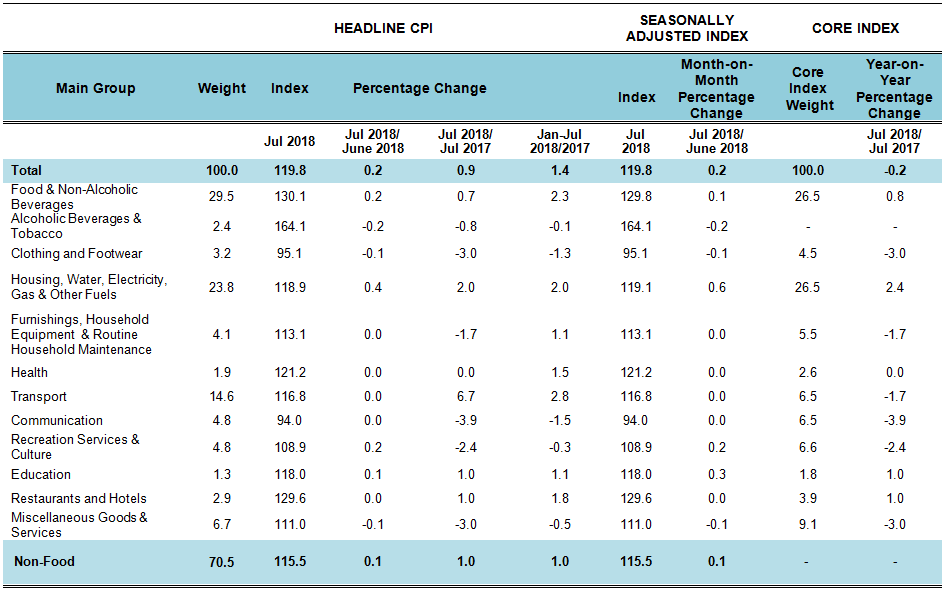