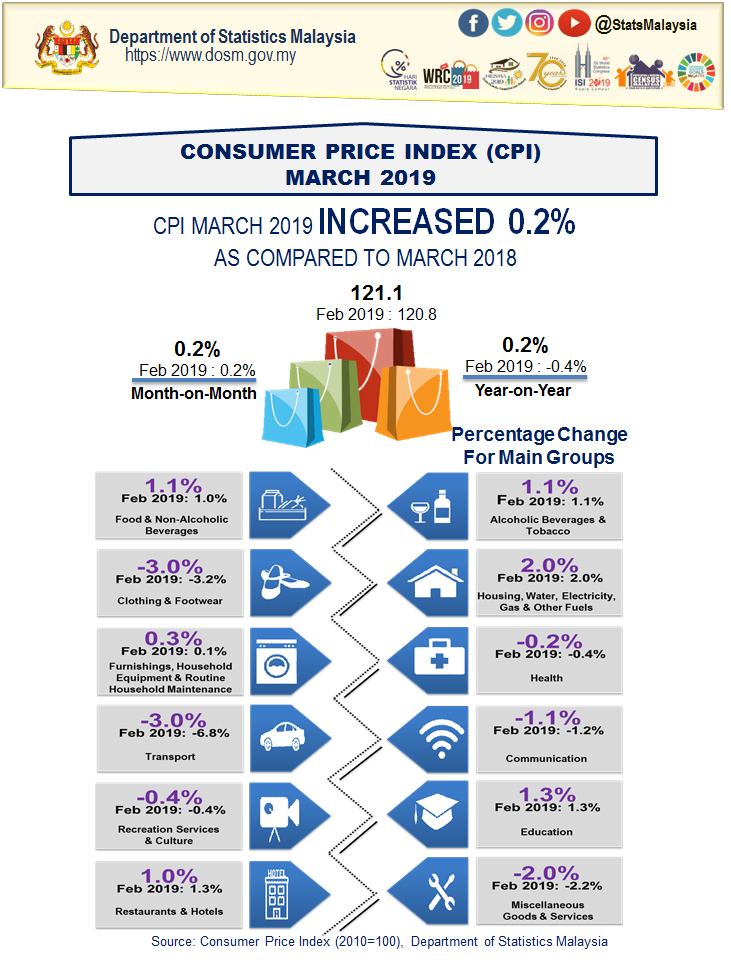 On a monthly basis, CPI increased 0.2 per cent as compared to February 2019. It was mainly supported by the index of Transport (+2.6 per cent), Miscellaneous Goods & Services (+0.4 per cent) and Furnishings, Household Equipment & Routine Household Maintenance (+0.3 per cent). 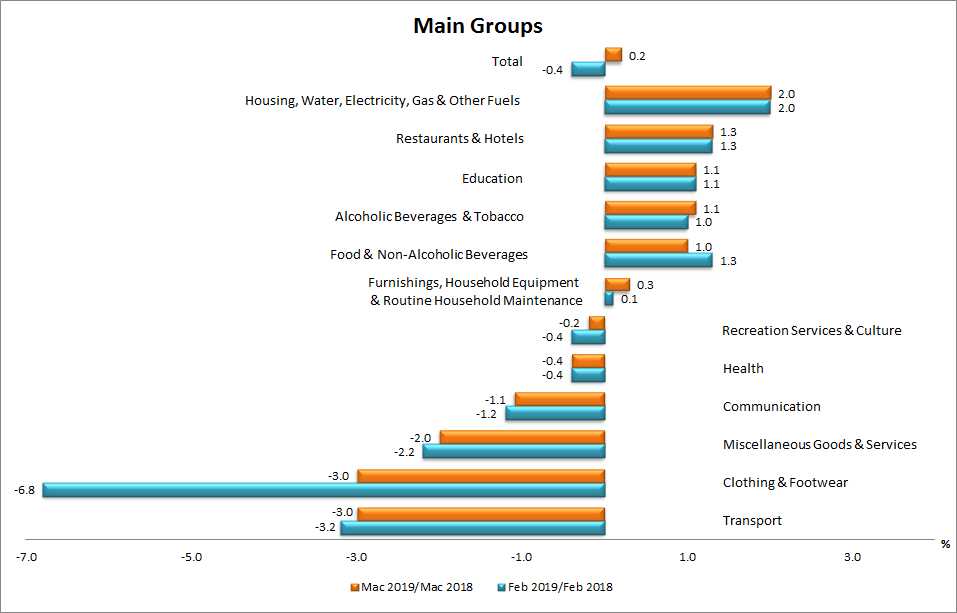 The overall index for Food & Non-Alcoholic Beverages increased 1.1 per cent in March 2019. The increase was attributed by the food sub-group index of Milk & Eggs (+2.0 per cent) and Fish & Seafood (+0.1 per cent).

Meanwhile, the index for Food Away From Home increased 3.4 per cent in March 2019 as against March 2018. The rise in the price of Burger, Fried Chicken, Rice with Side Dishes and Food Made from Noodles contributed to the increase of the index of this sub-group. (Table 1) 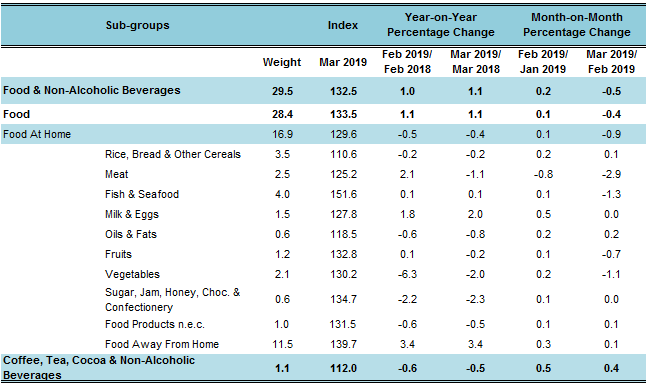 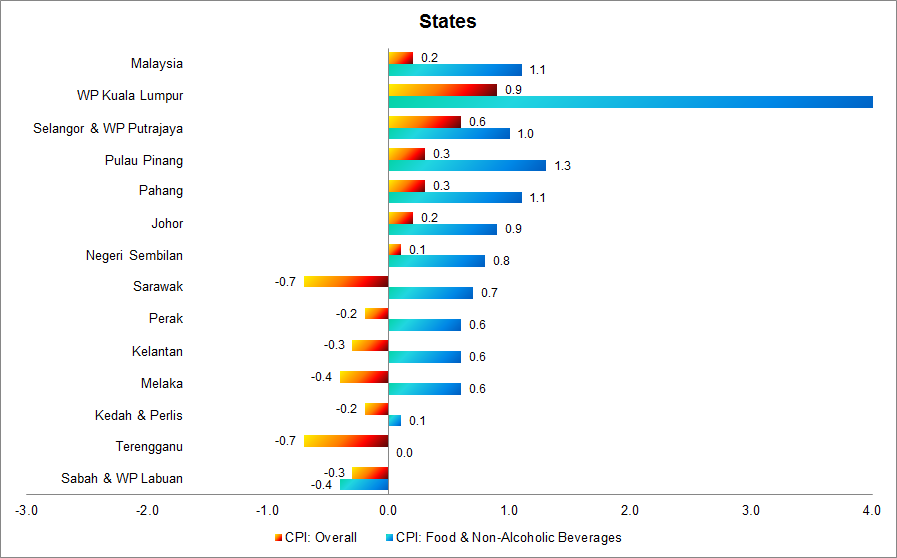 Core index increased 0.5 per cent in March 2019 as compared to the same month of the previous year. Among the major groups which influenced the higher core rate were price increases of Housing, Water, Electricity, Gas & Other Fuels (+2.3 per cent), Food & Non-Alcoholic Beverages (+1.7 per cent), Education (+1.3 per cent) and Restaurants & Hotels (+1.0 per cent). 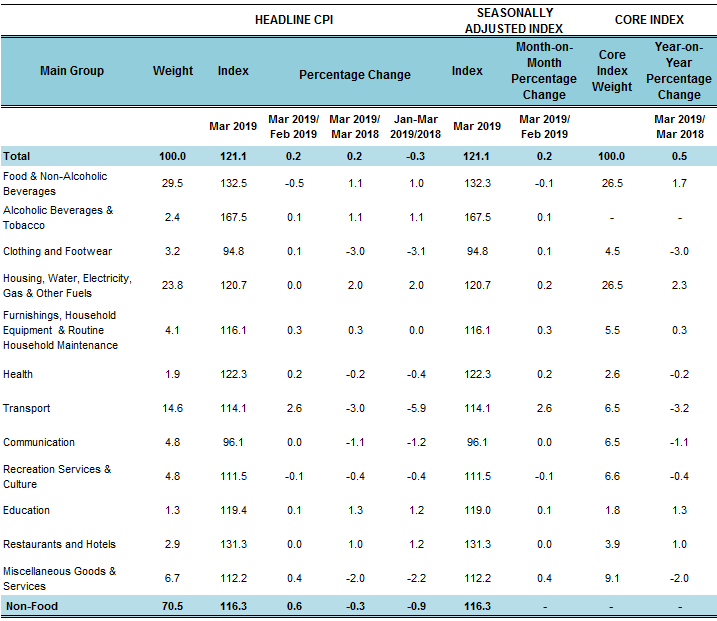