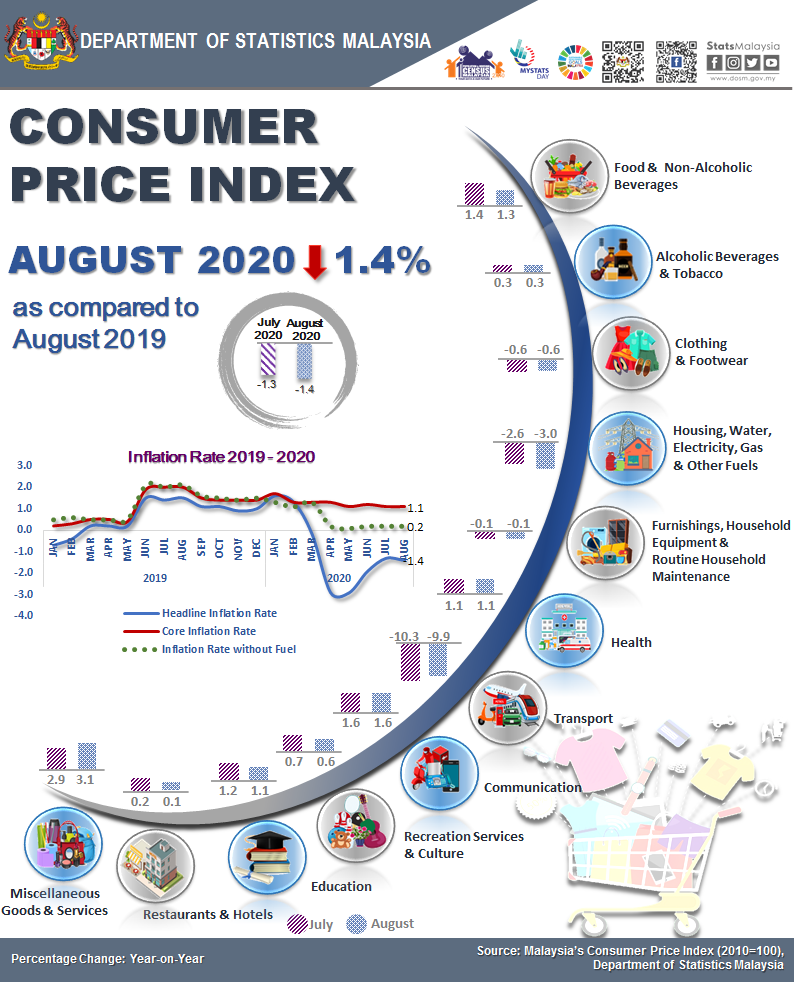 Nevertheless, Food & Non-Alcoholic Beverages increased by 1.3 per cent to 135.2 as compared to 133.5 in corresponding month of the preceding year. This group contributes 29.5 per cent of CPI weight. Similarly, Miscellaneous Goods & Services inclined by 3.1 per cent, followed by Communication (1.6%), Health (1.1%) and Education (1.1%). 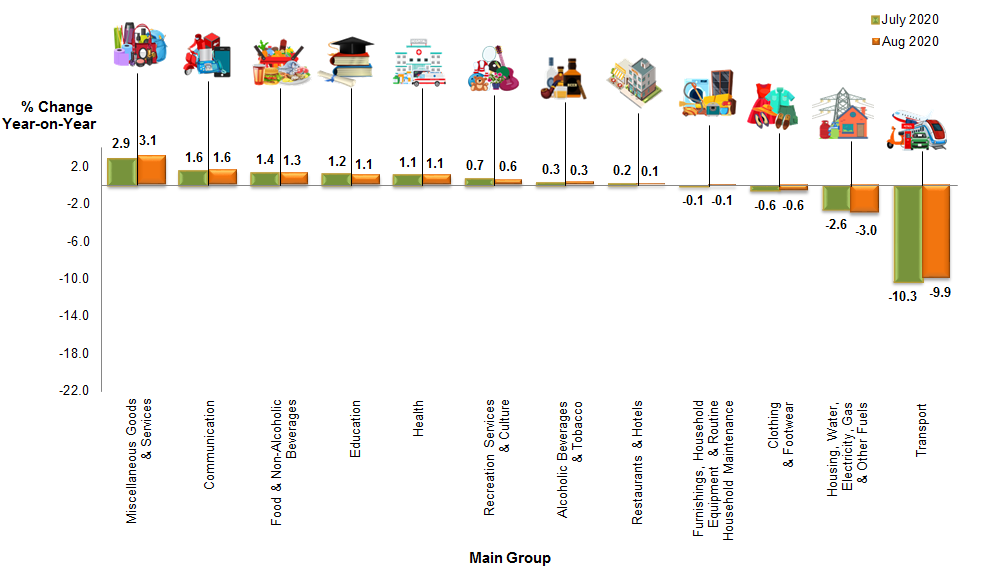 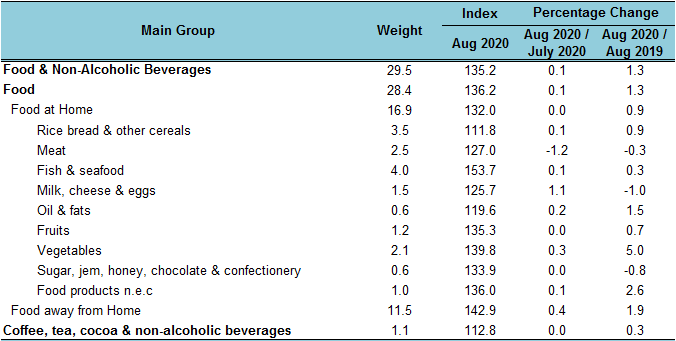 The index for Food & Non-Alcoholic Beverages increased 1.3 per cent in August 2020 as compared to the same month of the previous year. Among the subgroups that show an increase are Vegetables (5.0%), Food Products Not Elsewhere Classified (2.6%) and Oil & fats (1.5%).

The index for Food Away from Home increased 1.9 per cent in August 2020 as against August 2019. The increase in price of Rice with Side Dishes, Food Made from Noodles and Chicken / Duck Rice contributed to the increase of the index of this subgroup. 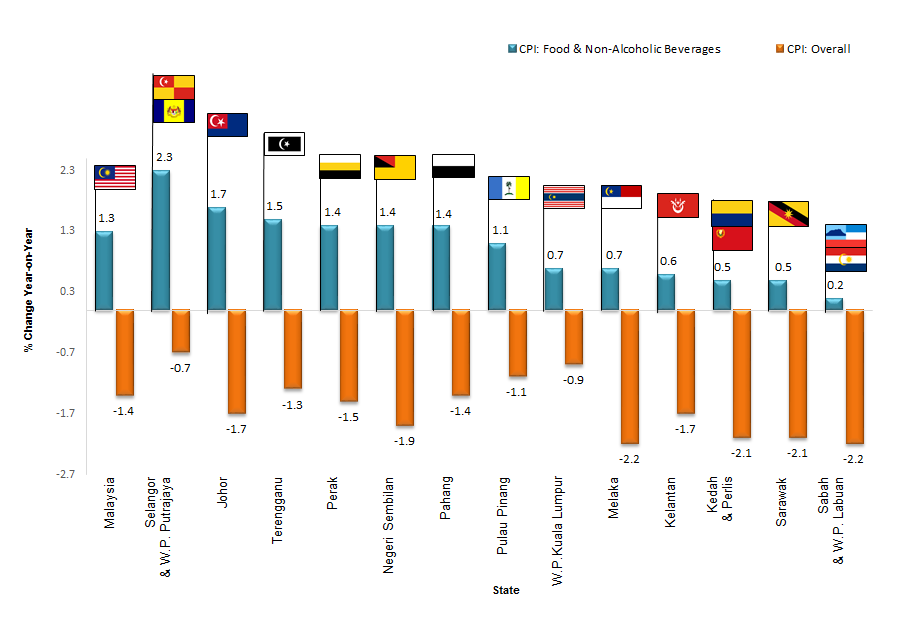 Core index rose 1.1 per cent in August 2020 as compared to the same month of the previous year. Among the major groups which influenced the increase were Miscellaneous Goods & Services (3.1%), Communication (1.6%), Health (1.1%) and Education (1.1%). 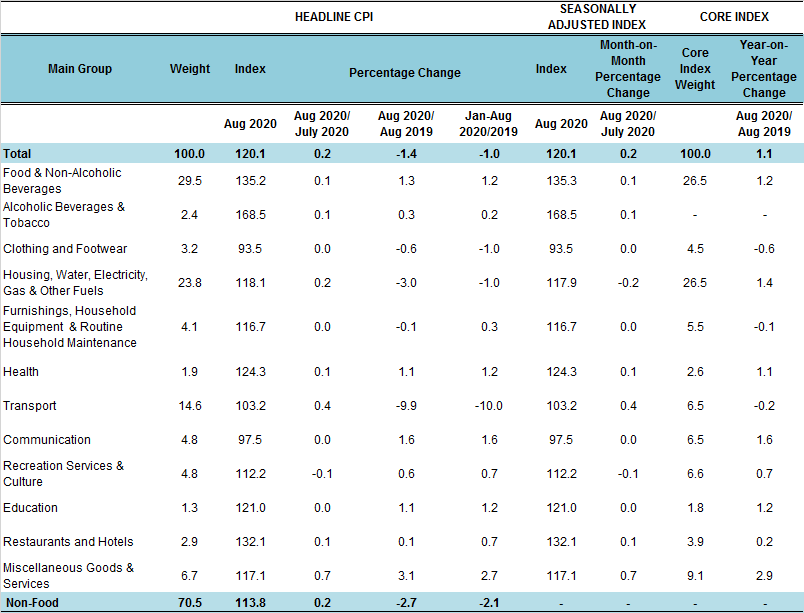