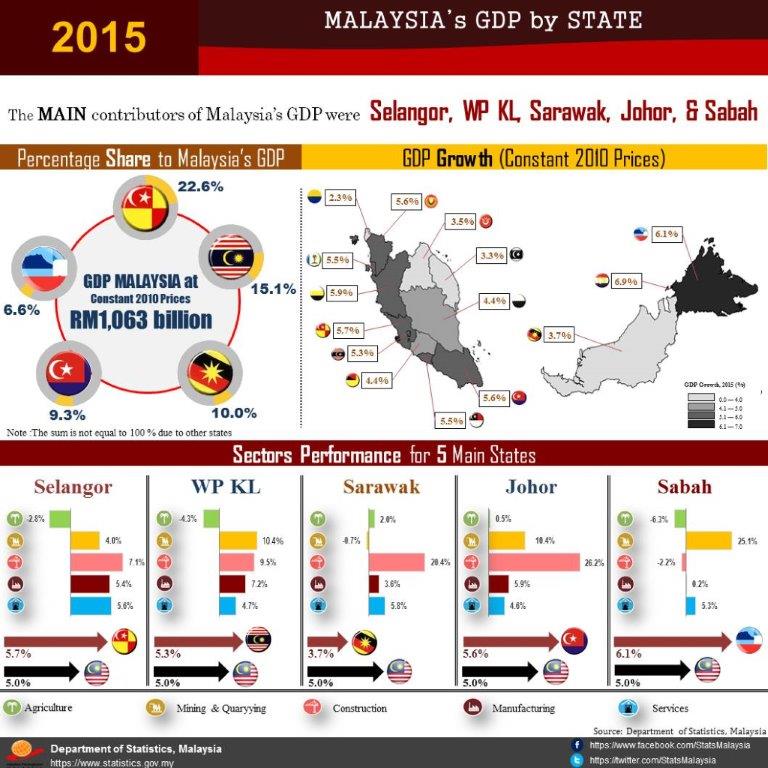 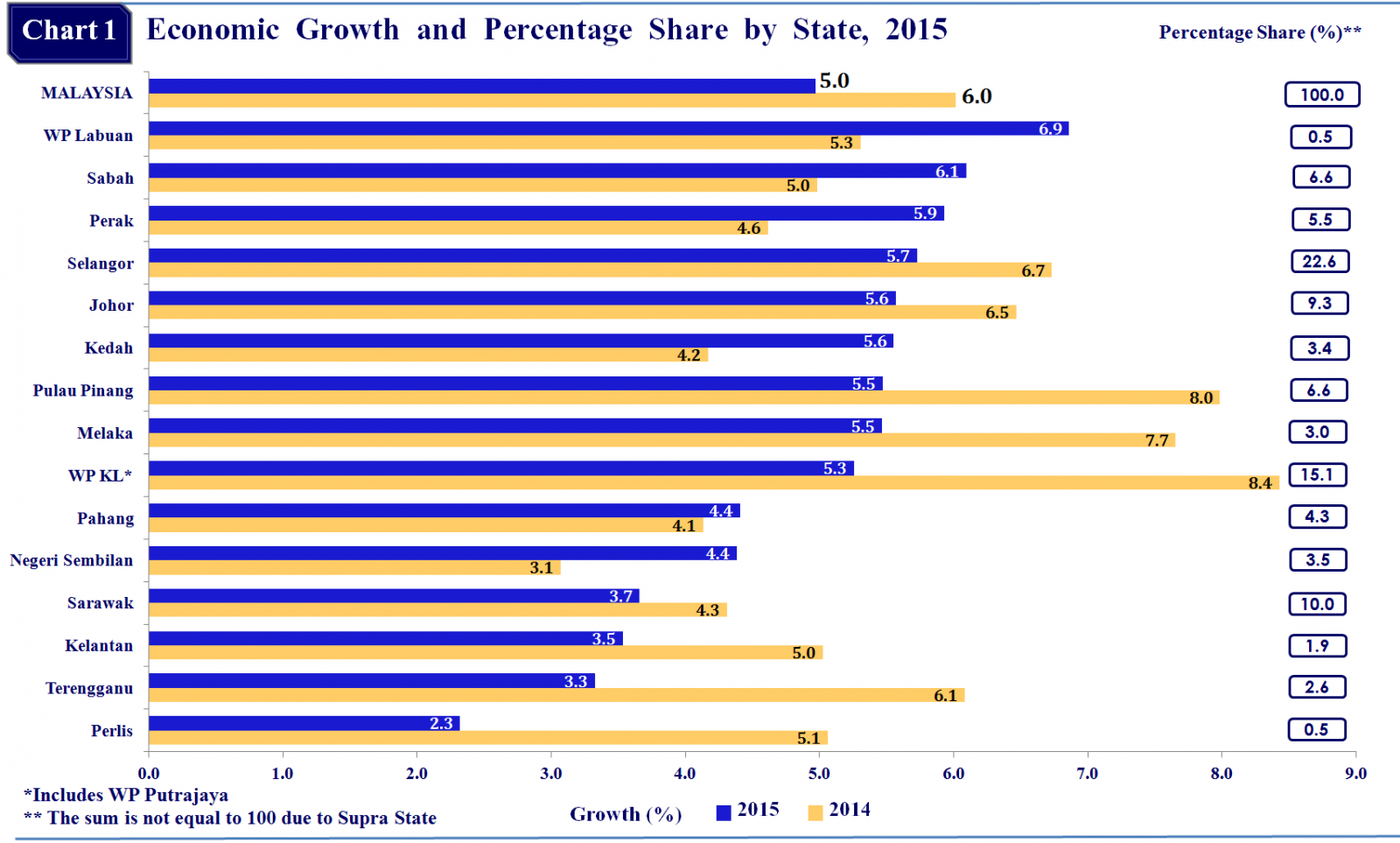 The different composition of economic activities has brought the distinctive characteristic in each state. The dominance of Services sector can be seen in WP KL (88.0 per cent), WP Labuan (75.5 per cent), Kelantan (66.3 per cent), Perlis (63.7 per cent) and Perak (60.0 per cent) as in Chart 2. Meanwhile, Manufacturing and Services sector were strongly contributed to the economy of Johor, Kedah, Melaka, Negeri Sembilan, Pahang, Pulau Pinang, Selangor and Terengganu. On the other hand, Agriculture sector holds a substantial share in Sabah, Pahang, Kelantan and Sarawak. 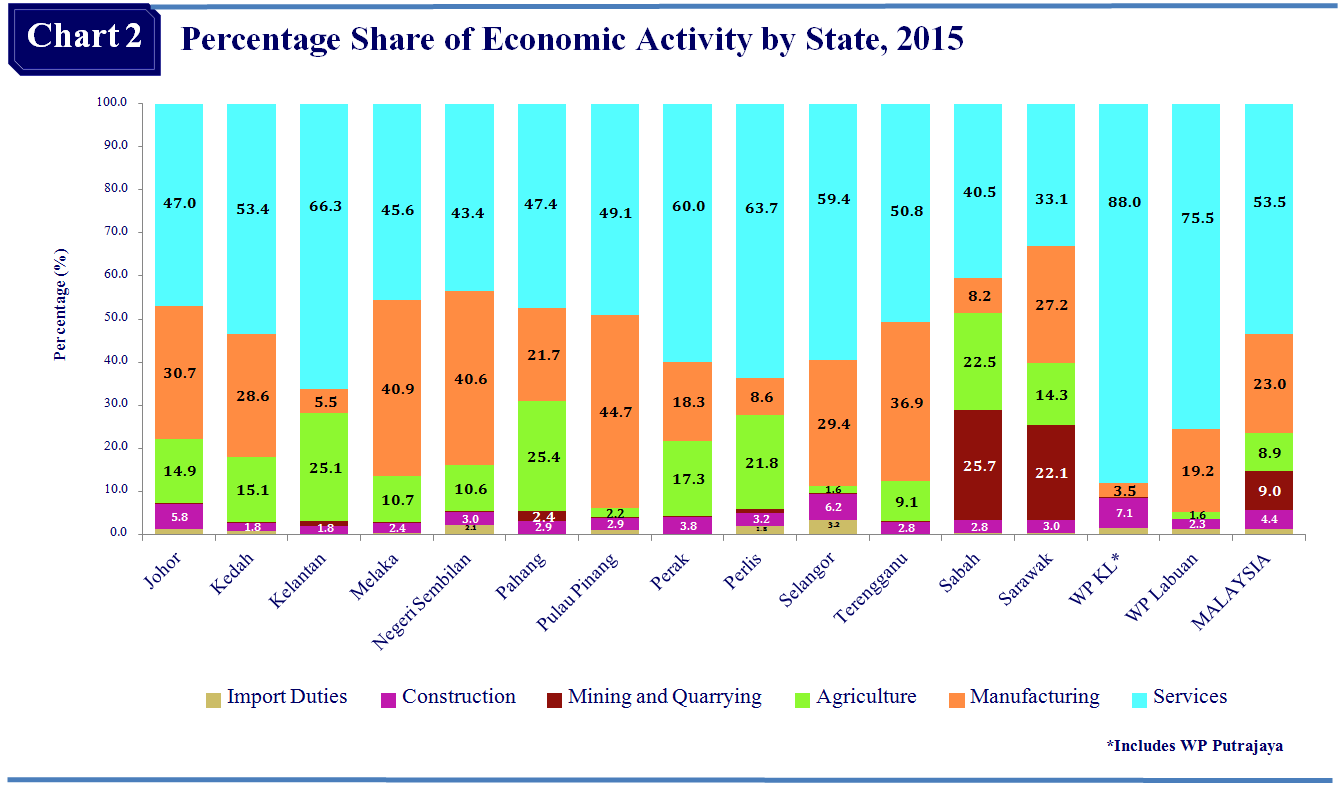 Services sector in Malaysia was dominated by Selangor and WP KL with a combined share of 49.9 per cent (Chart 3). Wholesale & Retail Trade activities were the key player to all states, except for Perak and Terengganu (Utilities) and WP Labuan (Financial activities). 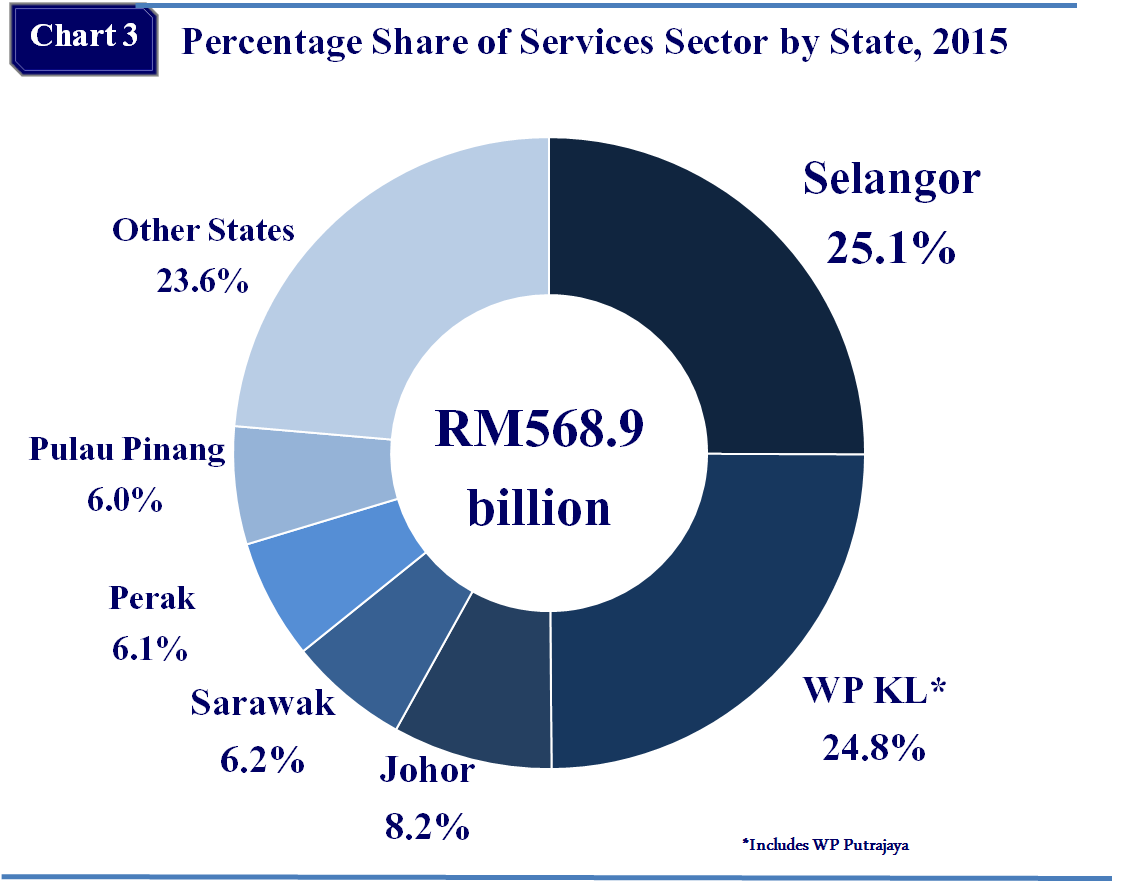 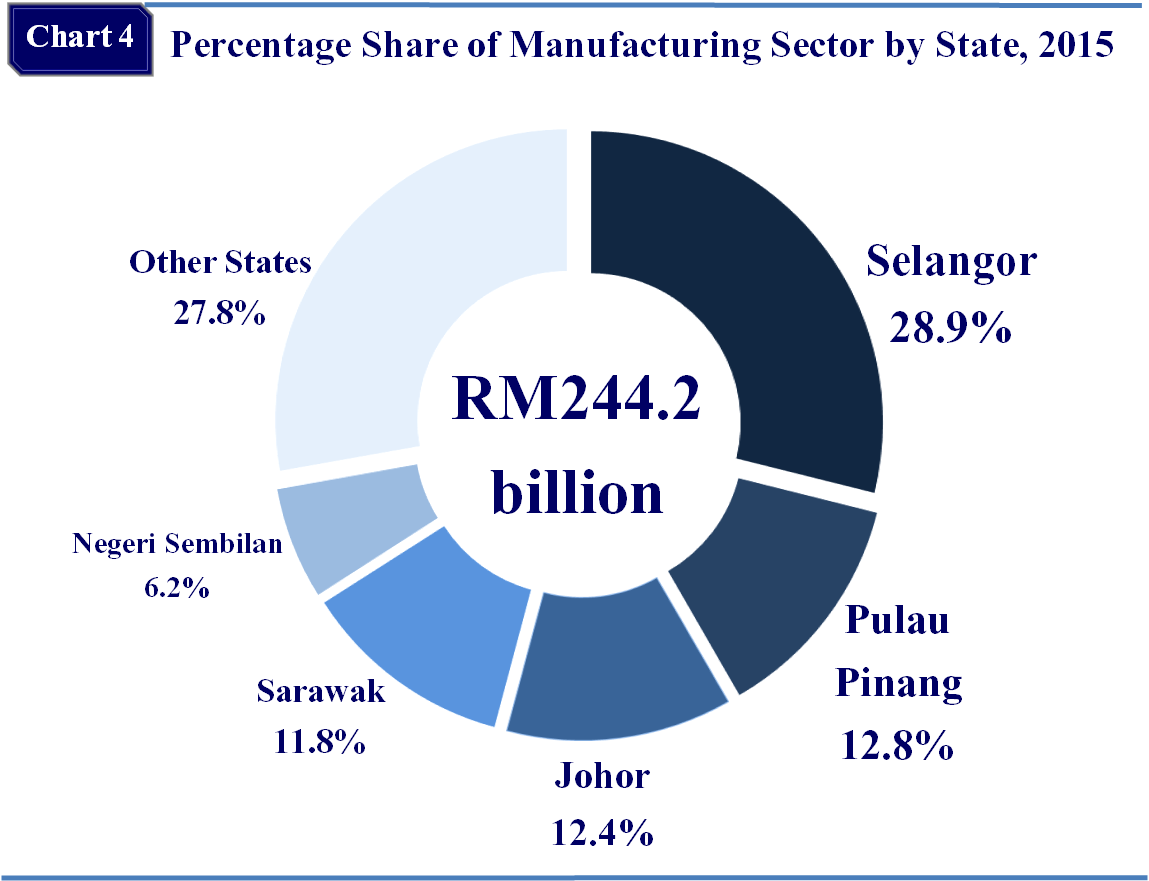 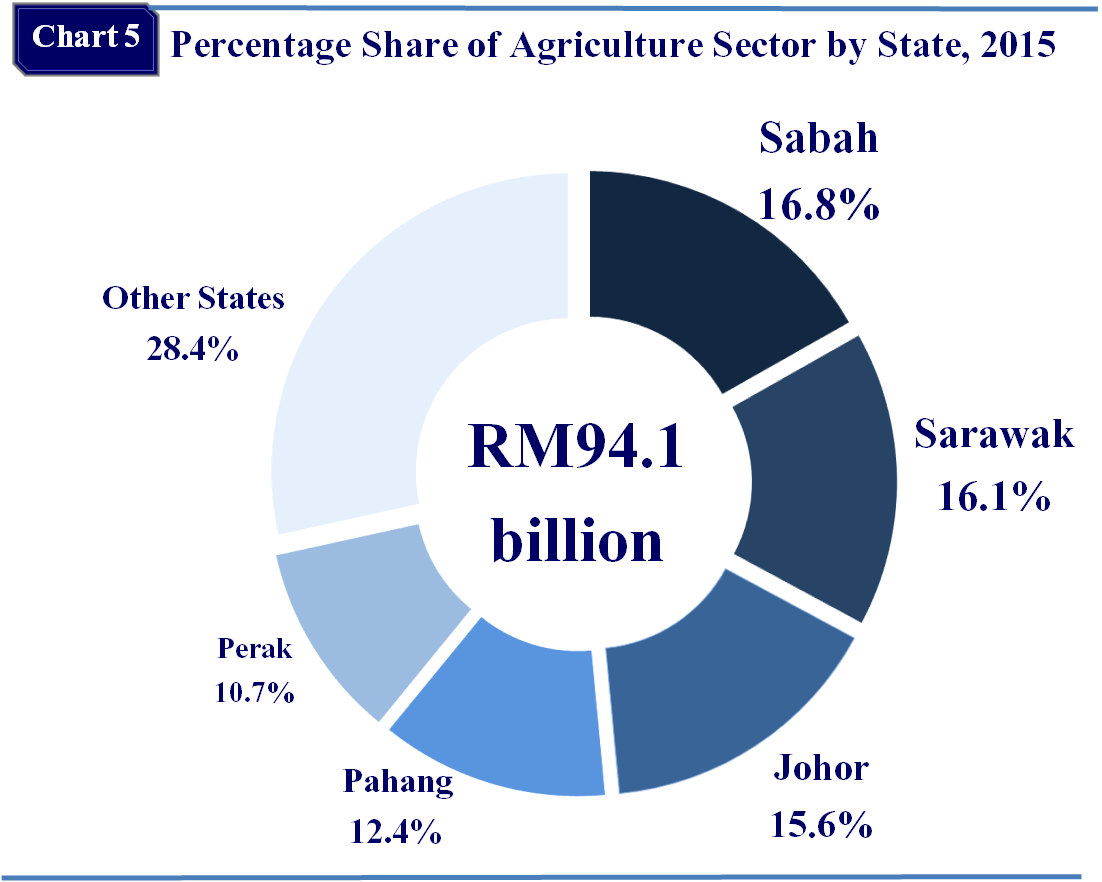 WP KL and Selangor accounted for 56.2 per cent of the Construction sector in Malaysia (Table 1). The performance of this sector was due to Non-Residential Buildings and Civil  Engineering activities. 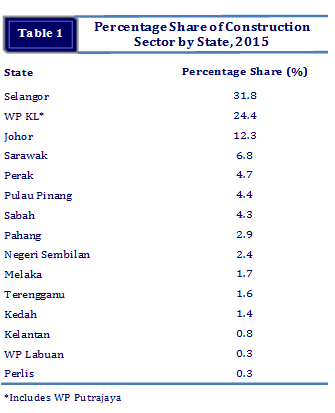 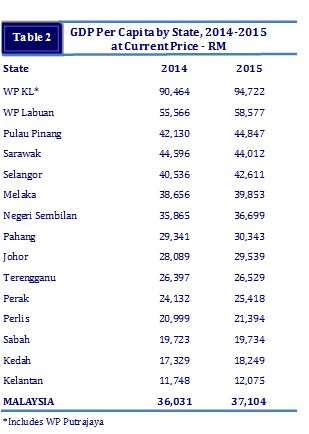