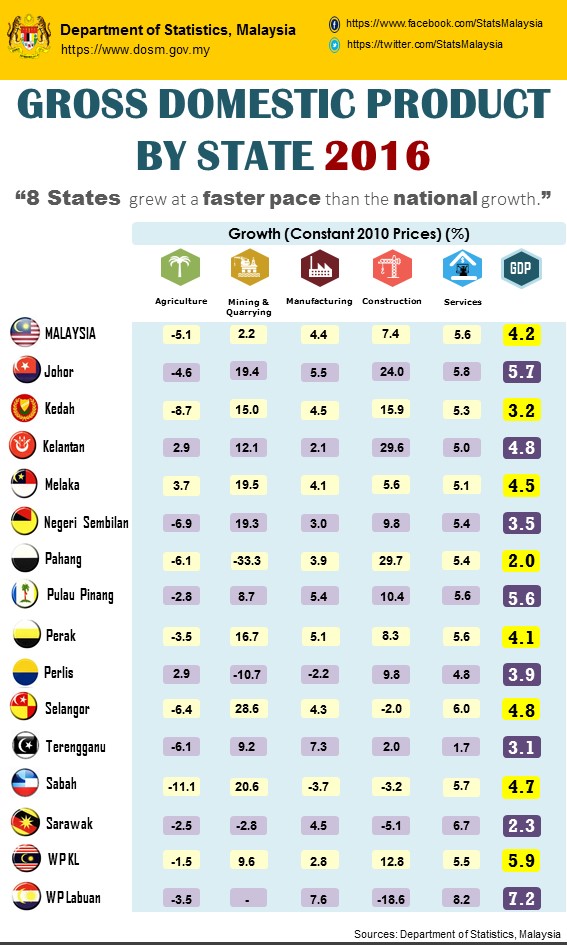 Malaysia’s economy experienced a commendable growth of 4.2 per cent in 2016 as compared to 5.0 per cent in the preceding year. The growth was led by Services, Manufacturing and Construction sectors. However, the decline in Agriculture and moderation in Mining & Quarrying sectors weighed down the overall performance in 2016. 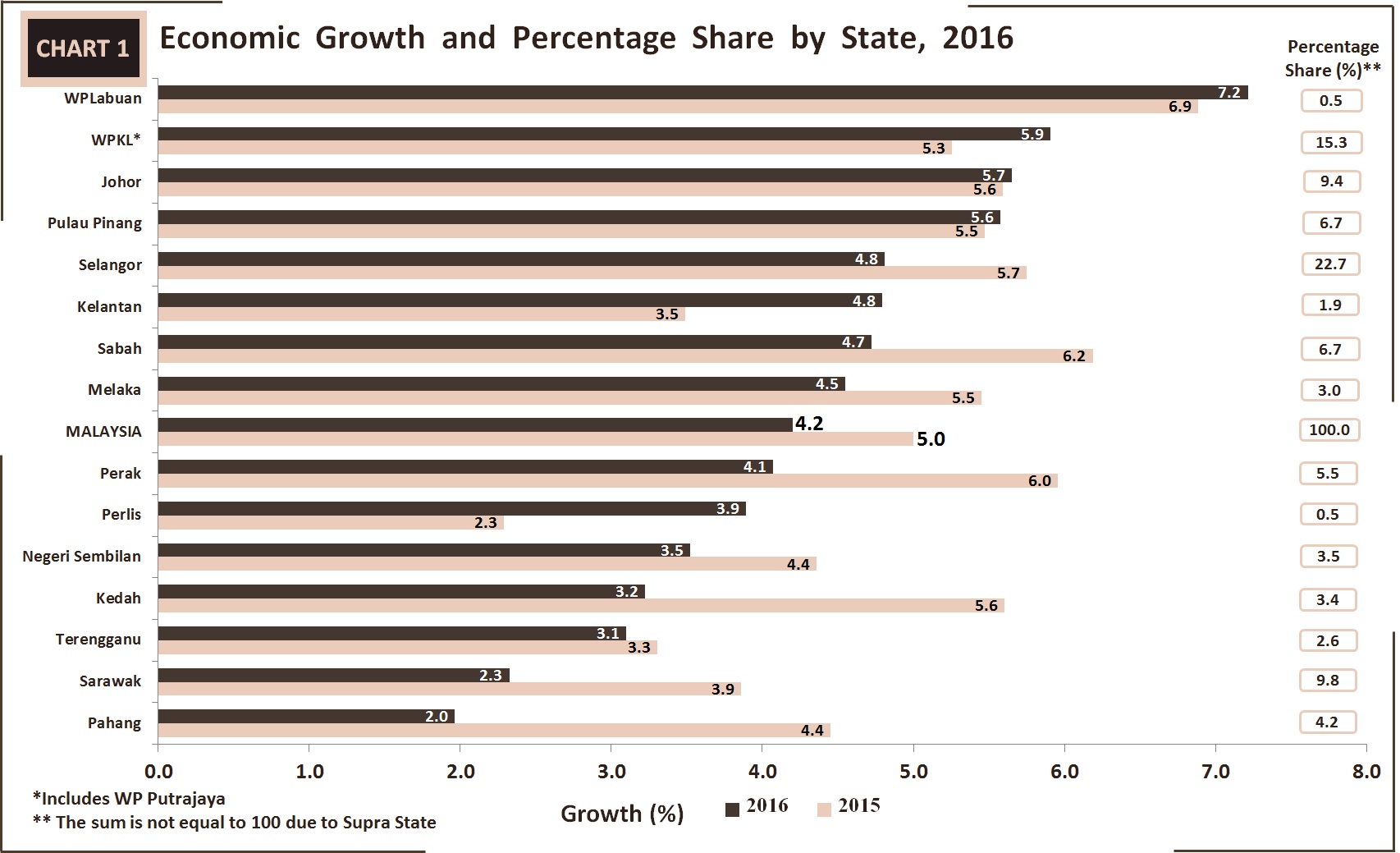 Equal importance of both Services and Manufacturing sectors could be seen in Pulau Pinang, Melaka, Negeri Sembilan, Terengganu and Johor as shown in Chart 2. 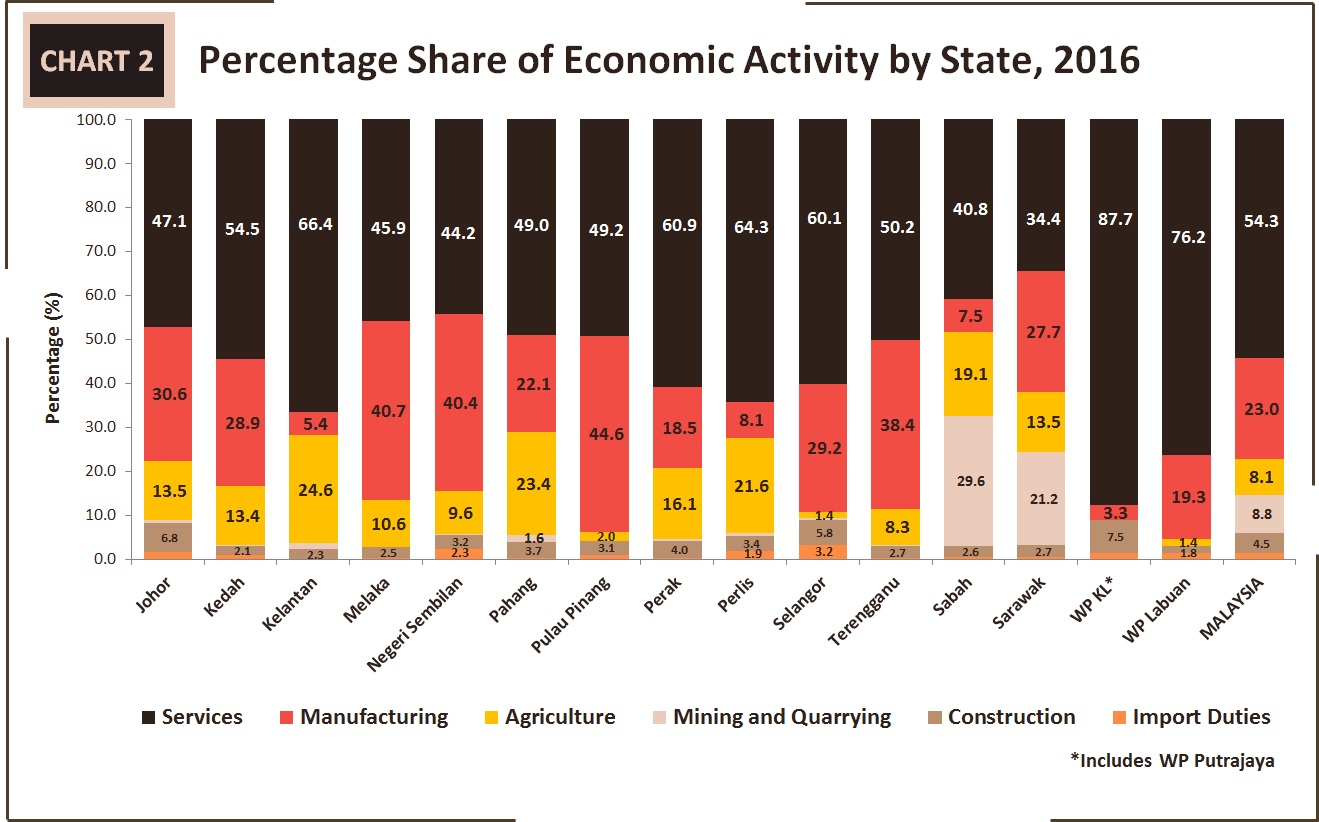 Services sector was largely attributed by Selangor and WP Kuala Lumpur with a share of 25.2 per cent and 24.8 per cent respectively as illustrated in Chart 3. For most of the states, Wholesale and Retail Trade sub sector was the key driver to the Services sector with the exception of Terengganu, Perak, Perlis and WP Labuan which were led by Utilities and Financial activities. 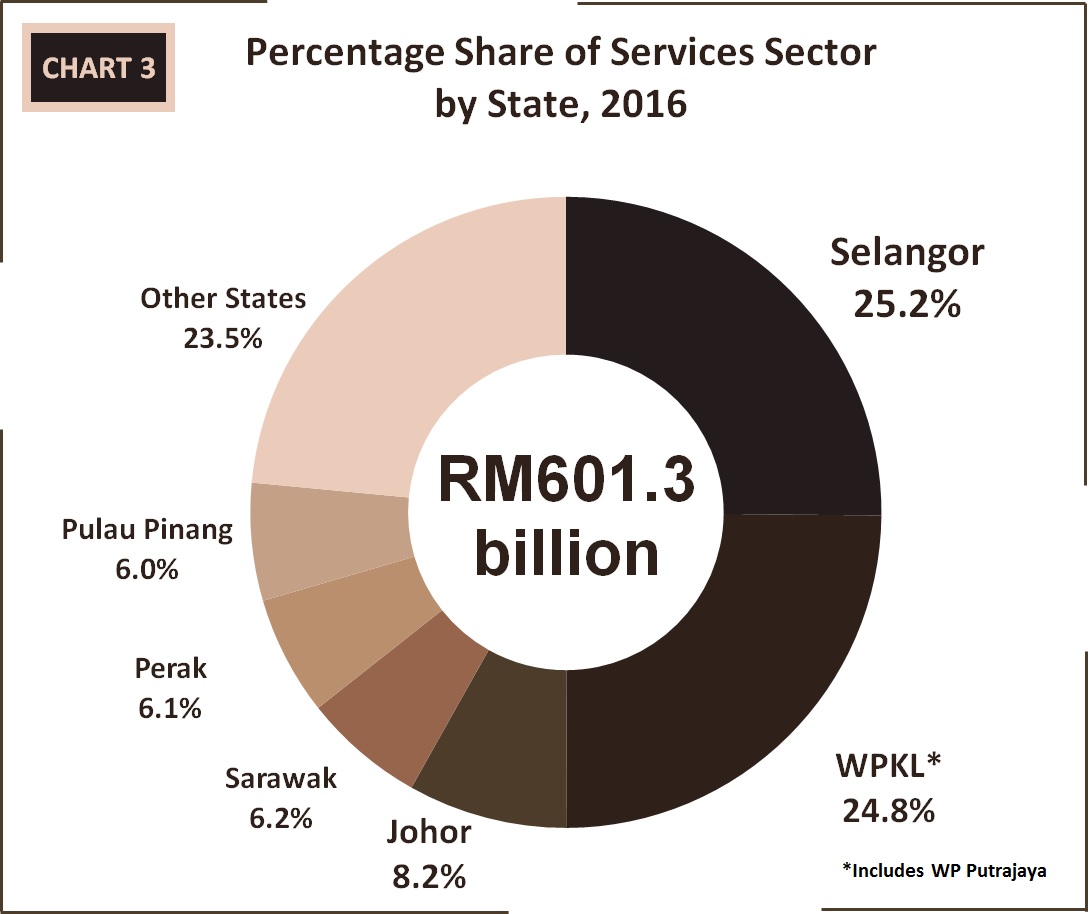 Manufacturing sector was mainly contributed by Selangor with a share of 28.9 per cent followed by Pulau Pinang and Johor with 12.9 per cent and 12.6 per cent respectively as portrayed in Chart 4. 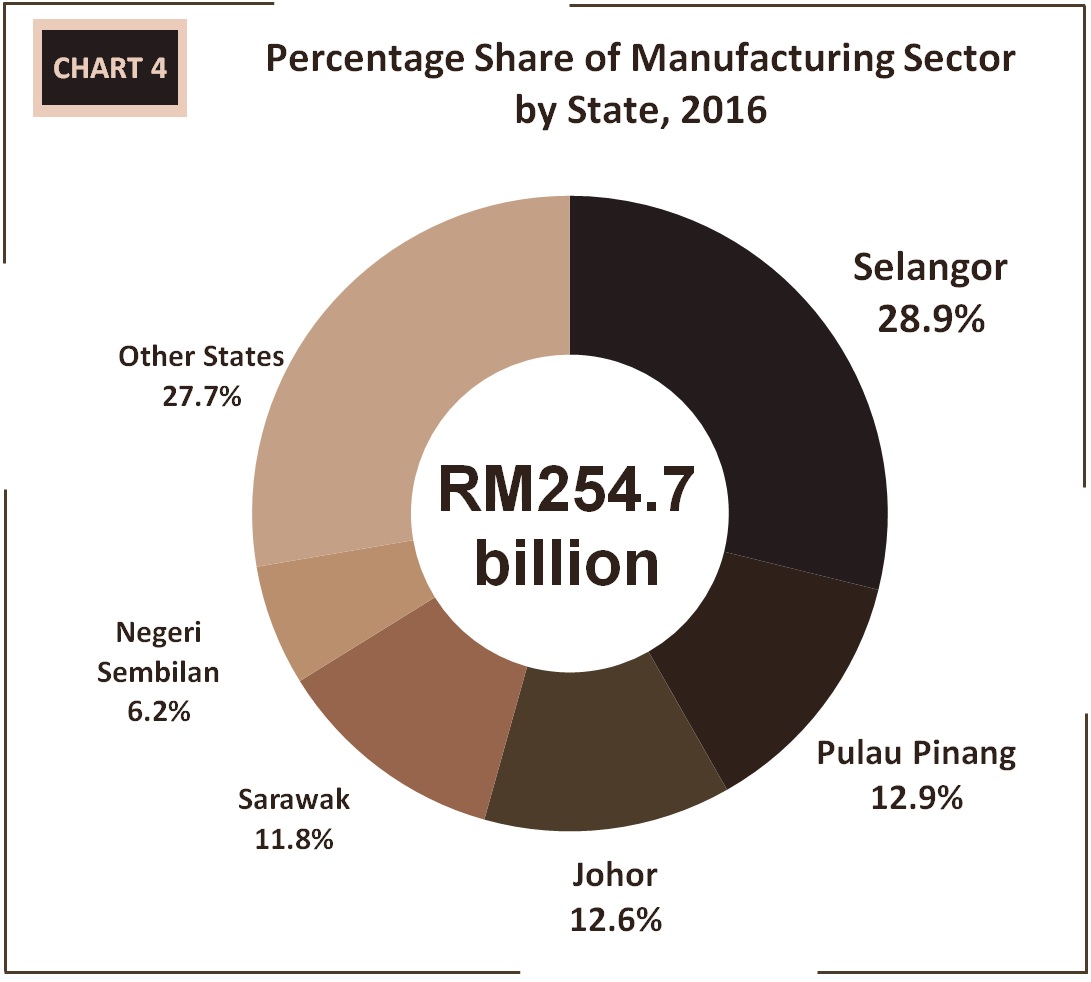 Agriculture sector in Malaysia was dominated by Sarawak, Sabah, Johor, Pahang and Perak as depicted in Chart 5. The contraction in the Agriculture sector was largely due to the impact of El Nino phenomenon on the oil palm sub-sector in these states. 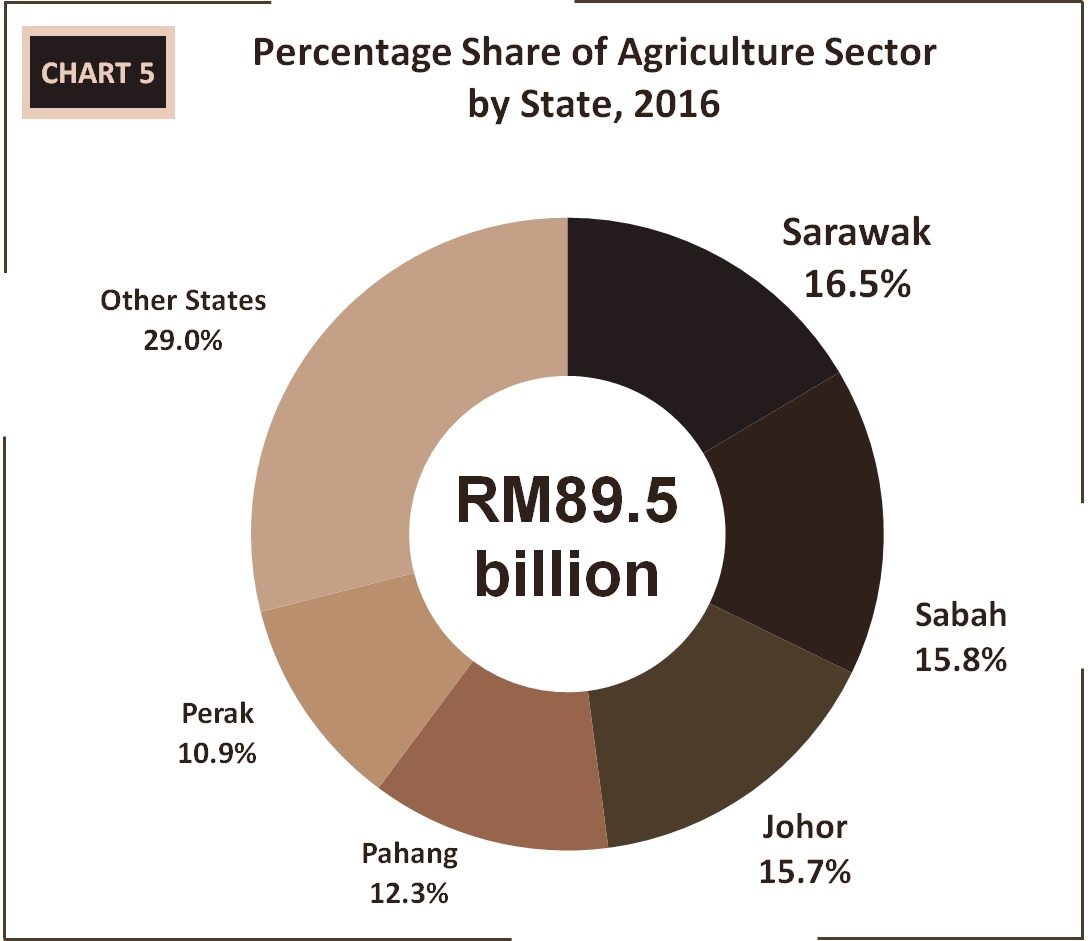 Construction sector was led by WP Kuala Lumpur and Selangor as shown in Table 1. The performance of this sector was influenced by the expansion in the Residential Buildings and Civil Engineering sub-sectors. 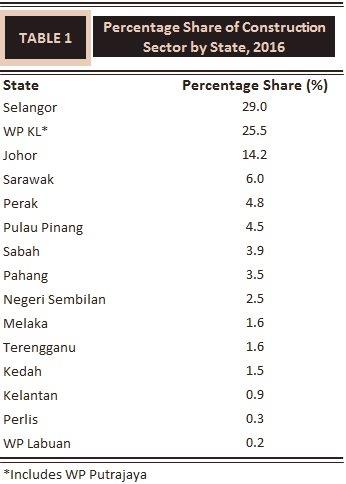 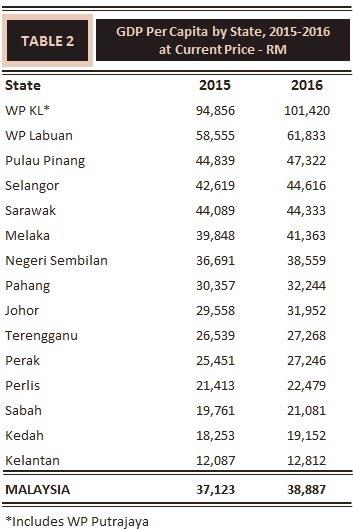