The Malaysian economy grew at a stronger pace in 2014 with a growth of 6.0 per cent (2013: 4.7 per cent). Better momentum was recorded by all sectors especially Services and Manufacturing spearheading the growth. 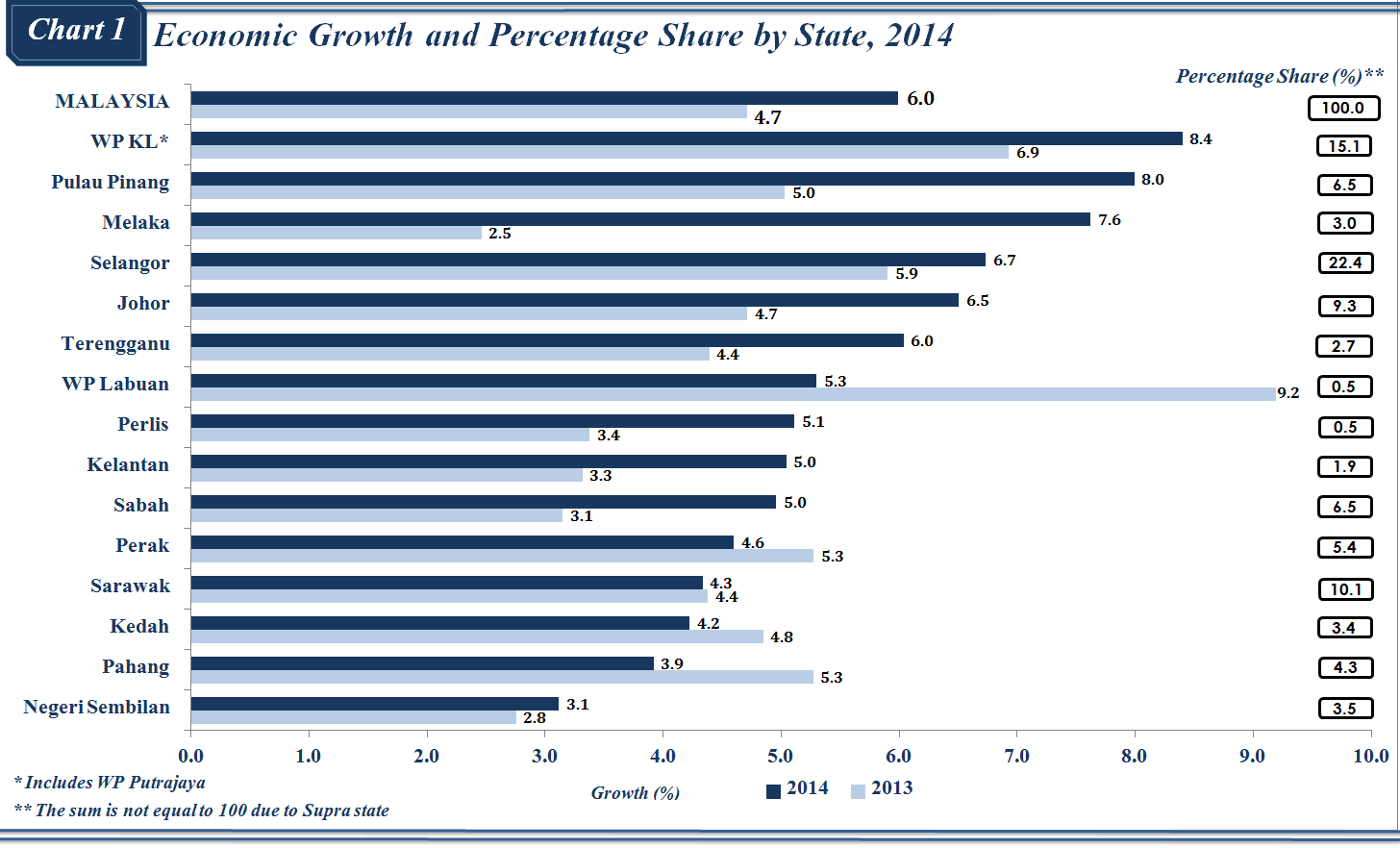 Six states surpassed the national growth  of 6.0 per cent led by WP Kuala Lumpur  (8.4 per cent) contributed by Services  sector as shown in Chart 1. Overall, the Services sector is also the main impetus for WP Labuan (5.3 per cent), Perlis (5.1 per cent), Kelantan (5.0 per cent),  Perak (4.6 per cent), Kedah (4.2 per cent), Pahang (3.9 per cent) and Negeri Sembilan (3.1 per cent). Meanwhile, economy in Pulau Pinang  and Melaka were largely driven by Manufacturing sector with a growth of 8.0 per cent and 7.6 per cent respectively.

Sabah’s economy expanded to 5.0 per cent in 2014 which was influenced by the moderate growth in Services and Mining & Quarrying sectors. Meanwhile, Sarawak (4.3 per cent) was driven by Agriculture and Services sectors. However, a slower growth in Mining and Quarrying sector dragged down the overall GDP for  Sarawak.

Selangor and WP Kuala Lumpur were the major contributors for Services sector in Malaysia with a combined share of 49.9 per cent (Chart 2). Wholesale & Retail Trade activities were the significant contributors to most of the states. On the other hand, Terengganu and WP Labuan were supported  by Utilities and Finance & Insurance subsectors respectively. 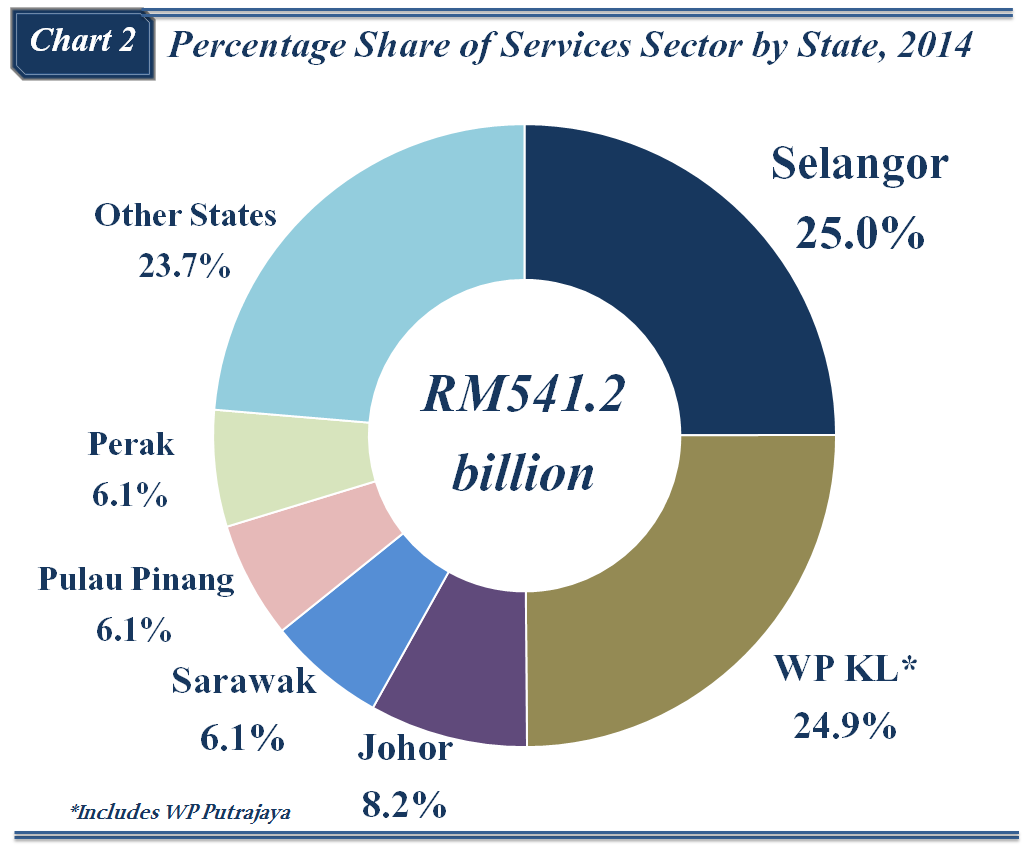 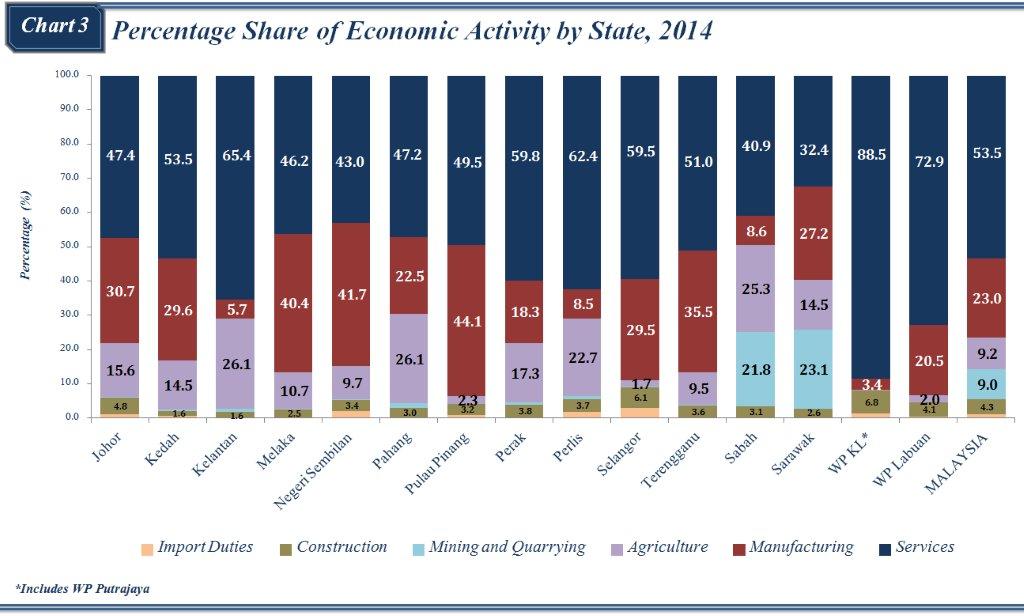 Contribution of Selangor to the  overall Manufacturing sector stood at 28.8 per cent followed by Pulau Pinang (12.5 per cent), Johor (12.4 per cent) and Sarawak (12.0 per cent) as depicted in Chart 4. 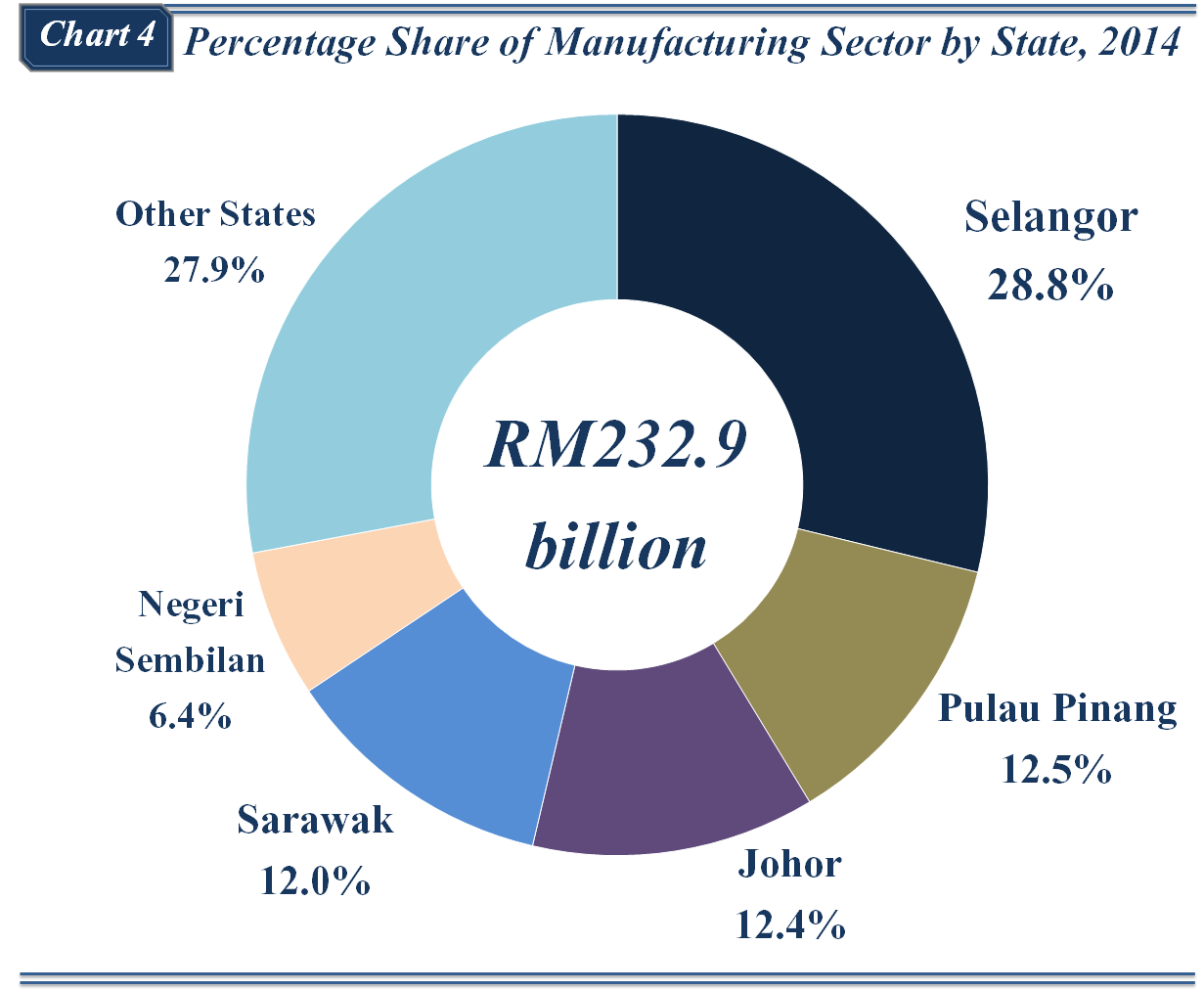 The Manufacturing sector grew by 6.2 per cent backed by a strong performance of Electrical and Electronic Products in Pulau Pinang, Selangor and Johor. Meanwhile, Motor Vehicles and Transport Equipment activity supported Manufacturing sector in Selangor, Melaka and Pahang. The rebound in Refined Petroleum Products at national level was contributed by Sarawak, Melaka and Negeri Sembilan. In addition, the improvement in Chemicals & Chemical Products and Pharmaceutical activity in Terengganu and Selangor contributed positively to the overall Manufacturing  performance.

Sabah remained as the largest contributor in Agriculture sector with 18.1 per cent, followed by Sarawak, Johor, Pahang and Perak as shown in Chart 5. These five states collectively contributed 72.3 per cent to the overall Agriculture sector, mainly due to contribution from Oil Palm subsector. 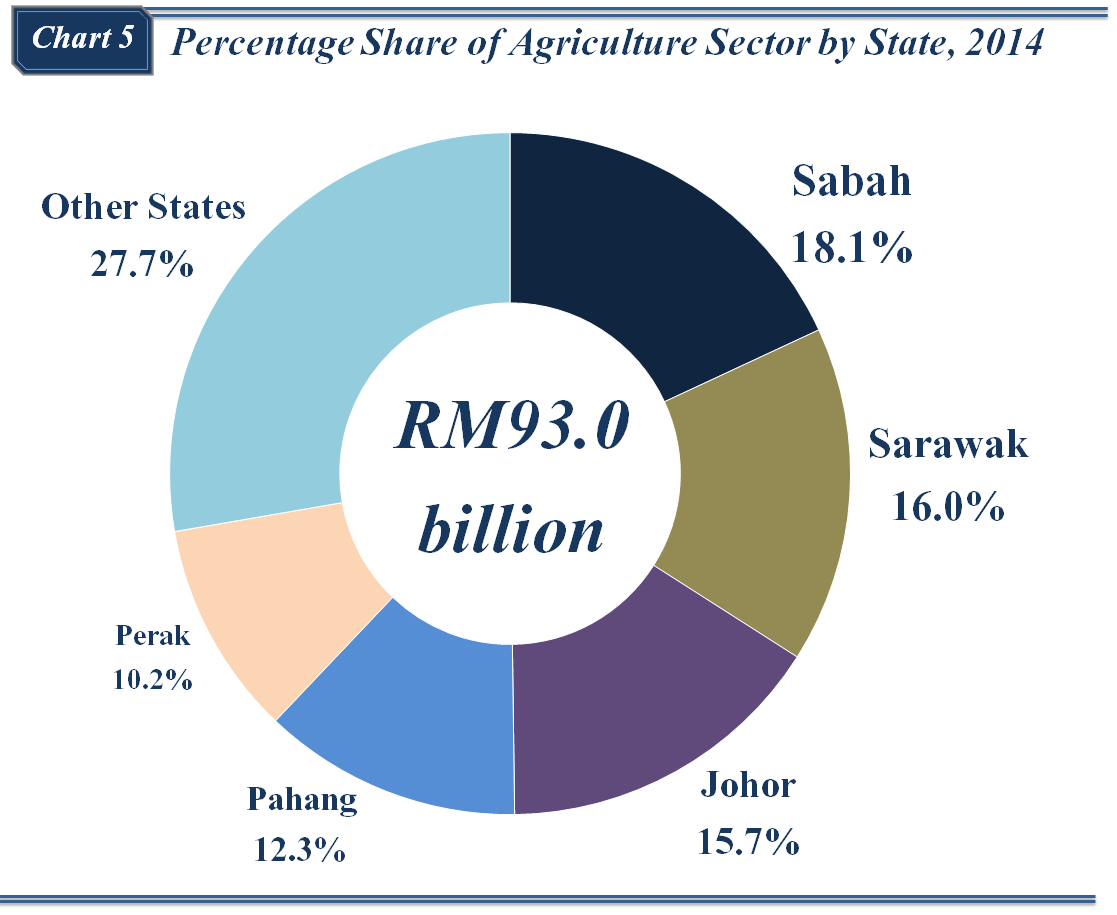 Selangor and WP Kuala Lumpur were the main contributors in Construction sector with a combined share of 56.2 per cent (Table 1). These states continued to register a double digit growth in 2014. 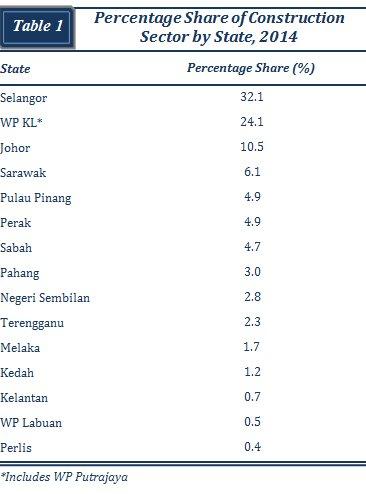 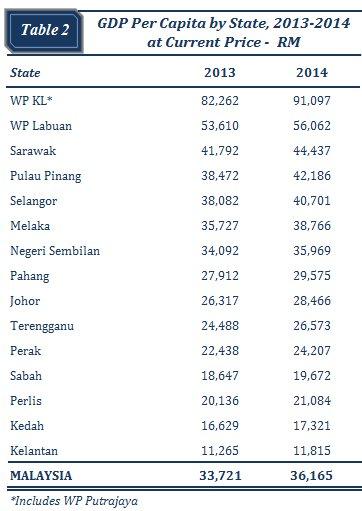