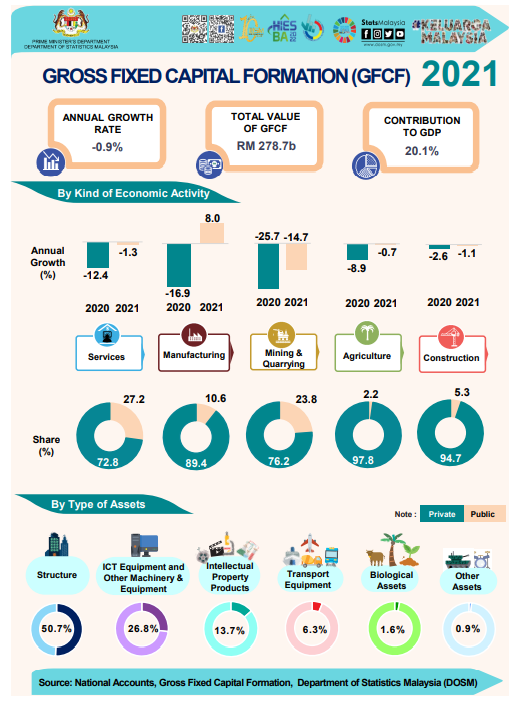 Malaysia's Gross Fixed Capital Formation (GFCF) for 2021 was RM298.1 billion at current prices, an increase of RM1.5 billion from 2020 and GFCF at constant prices was RM278.7 billion  (Chart 1). GFCF recorded a marginal decline of 0.9 per cent at constant prices as compared to negative 14.4 per cent in the previous year. The downturn was influenced by lethargic performance in almost all sectors excluding Manufacturing. GFCF remained the second largest contributor to the Gross Domestic Product (GDP) with a contribution of 20.1 per cent (2020: 20.9%) as shown in  Exhibit 1. The private sector continues to lead fixed asset while by type of asset, GFCF was mainly driven by Structure. 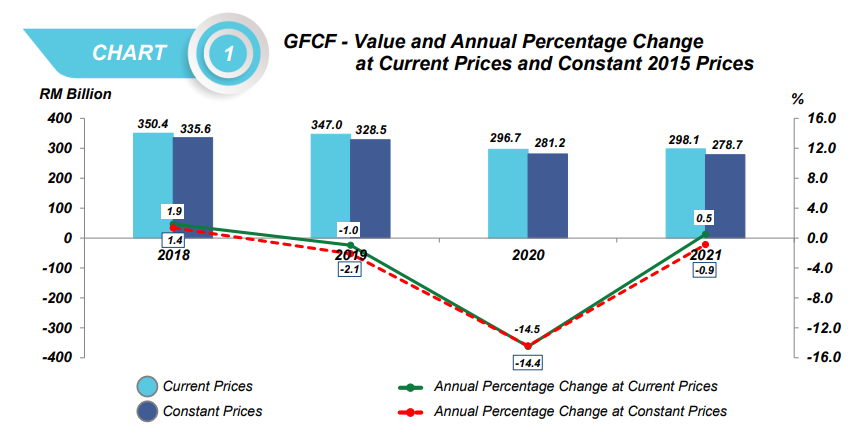 GFCF BY KIND OF ECONOMIC ACTIVITY

GFCF recorded a marginal decrease of 0.9 per cent as compared to negative 14.4 per cent in the preceding year  (Exhibit 2), which was primarily influenced by the downfall in almost all sectors except Manufacturing in 2021. 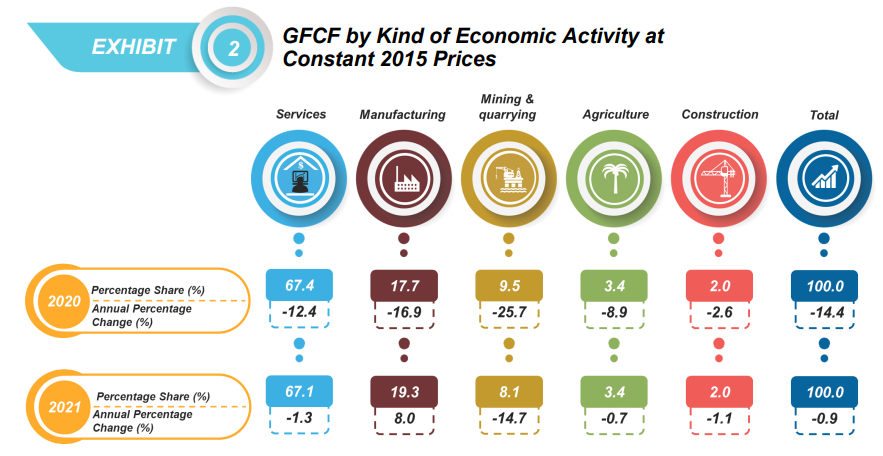 GFCF in the  Services sector declined 1.3 per cent, attributed to the decrease in Other services (including government services) and Finance, insurance, real estate & business services activities, which contracted 6.8 per cent and 4.6 per cent in 2021, respectively. Meanwhile, Wholesale & retail trade and Food & Beverage and accommodation accelerated to 13.2 per cent and 9.6 per cent, respectively.

GFCF BY TYPE OF ASSETS 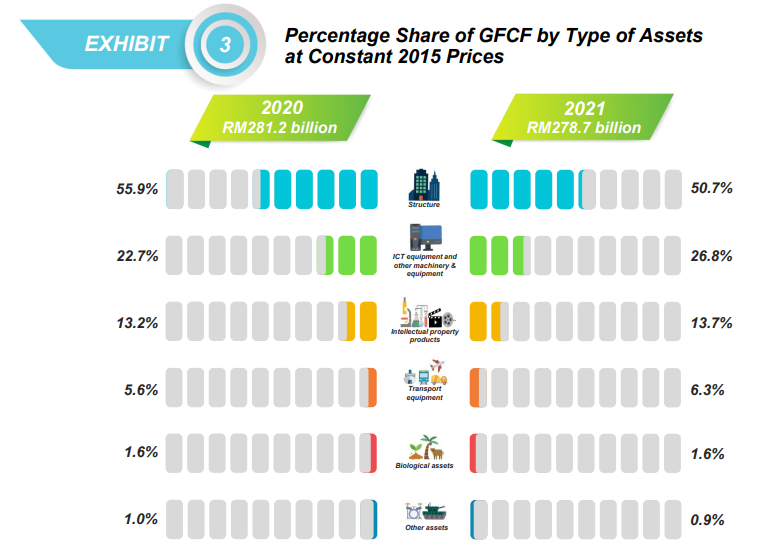 GFCF BY SECTOR AND KIND OF ECONOMIC ACTIVITY

The Private sector remained as the major contributor to GFCF (share: 77.6%) increased 2.6 per cent as compared to negative 11.9 per cent in the preceding year, as illustrated in Exhibit 4. In contrast, the Public sector (share: 22.4%) continued to record a downward trend which shrank 11.3 per cent in 2021. 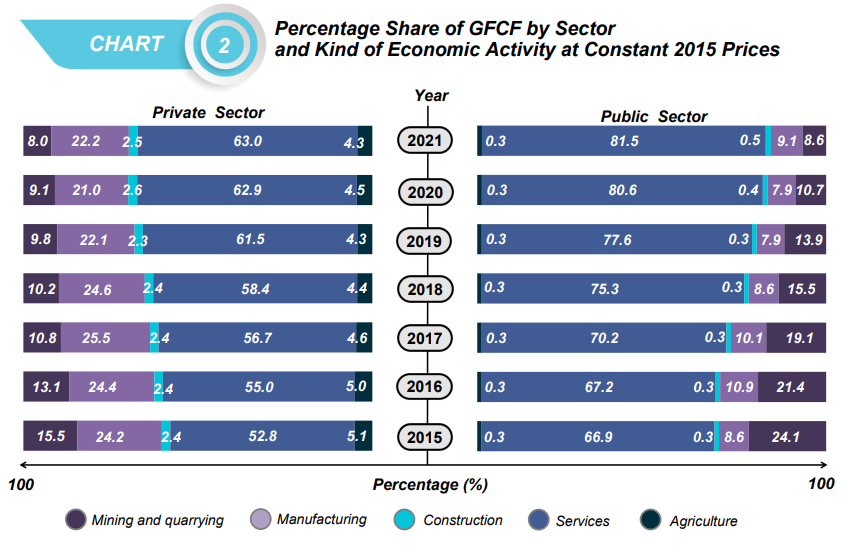 Services and Manufacturing activities were the main contributors in GFCF of the Private sector as depicted in  Chart 2. The share of Services activity stepped up to 63.0 per cent (2020: 62.9%). Moreover, Manufacturing recorded a share of 22.2 per cent as compared to 21.0 per cent in the preceding year. Meanwhile, other activities contributed 14.8 per cent to the overall GFCF of the Private sector.

The GFCF of the Public sector was led by the Services activity with a share of 81.5 per cent, followed by Manufacturing and Mining & quarrying activities, which contributed 9.1 per cent and 8.6 per cent, respectively.

The full publication of  the Gross Fixed Capital Formation (GFCF) 2021 can be downloaded through  eStatistik Portal.