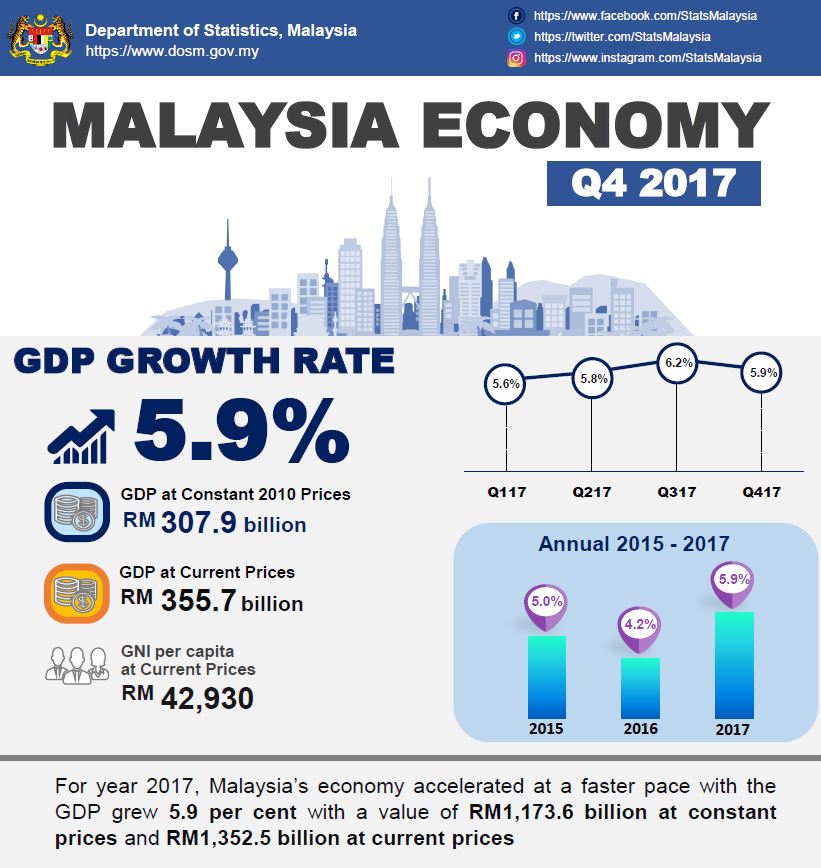 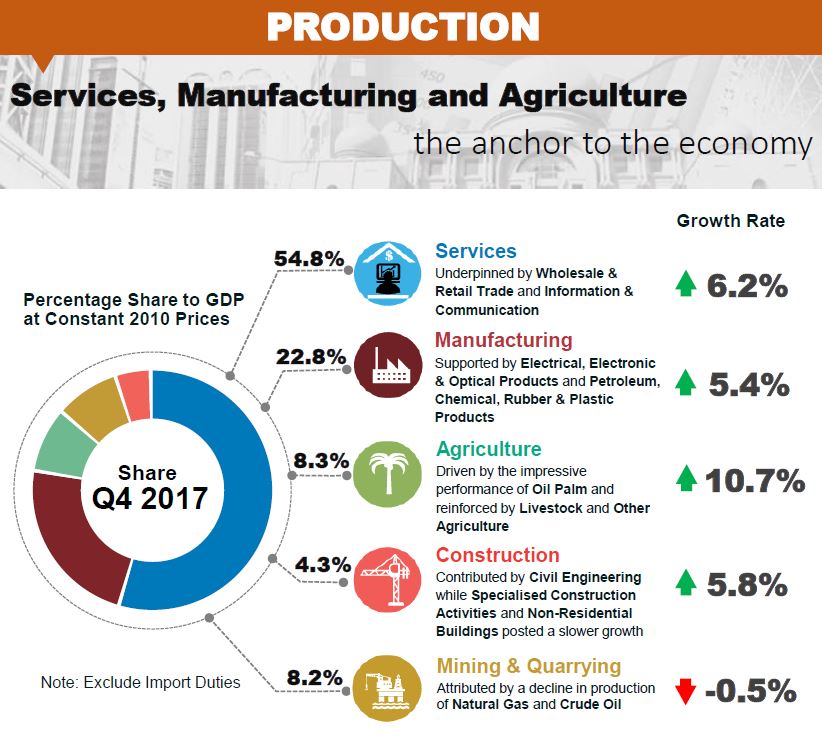 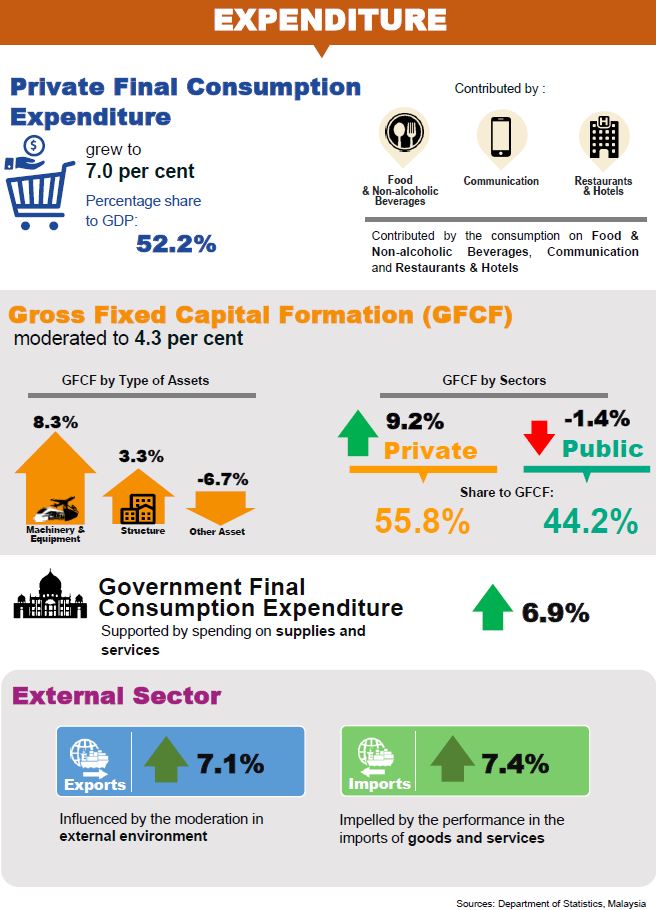 Services, Manufacturing and Agriculture sectors have been the anchor on the production side, with all sectors recorded positive growth except Mining and quarrying. On the expenditure side, the performance was driven mainly by Private final consumption expenditure.

Manufacturing sector registered a moderate pace of 5.4 per cent (Q3 2017: 7.0%). Electrical, electronic & optical products continued to be the main impetus in Manufacturing for this quarter, albeit at a moderate growth rate of 5.7 per cent. This was attributed by the sturdy momentum in semiconductors and integrated circuit boards. Petroleum, chemical, rubber & plastic products recorded 4.6 per cent influenced by the moderation in refined petroleum, plastic and rubber products. Vegetable and animal oils & fats and food processing remained resilient with a growth of 9.7 per cent. This was fuelled by the strong growth of palm oil products in this quarter.

Agriculture sector augmented by recording a double-digit growth of 10.7 per cent. This was the highest growth since the third quarter of 2011. The expansion in this sector was mainly driven by the impressive performance of Oil palm at 24.3 per cent following a higher yield of fresh fruit bunches in this quarter. The growth was also reinforced by Livestock and Other agriculture which stepped up to 8.6 per cent and 2.1 per cent respectively.

Private final consumption expenditure grew 7.0 per cent (Q3 2017: 7.2%), while on a quarter-on-quarter seasonally adjusted increased to 1.8 per cent. The momentum was contributed by the consumption on food & non-alcoholic beverages, communication, restaurants & hotels and housing & utilities.

Exports recorded a growth of 7.1 per cent influenced by the moderation in external environment. Imports grew at 7.4 per cent impelled by the performance in the imports of goods and services.