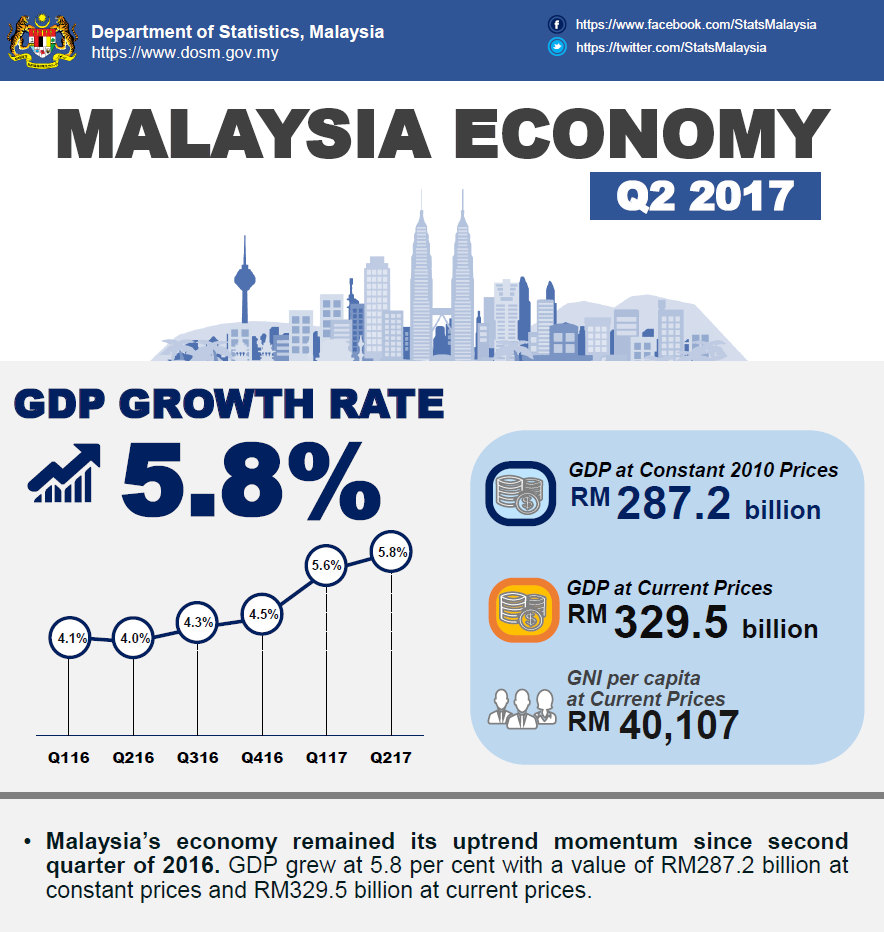 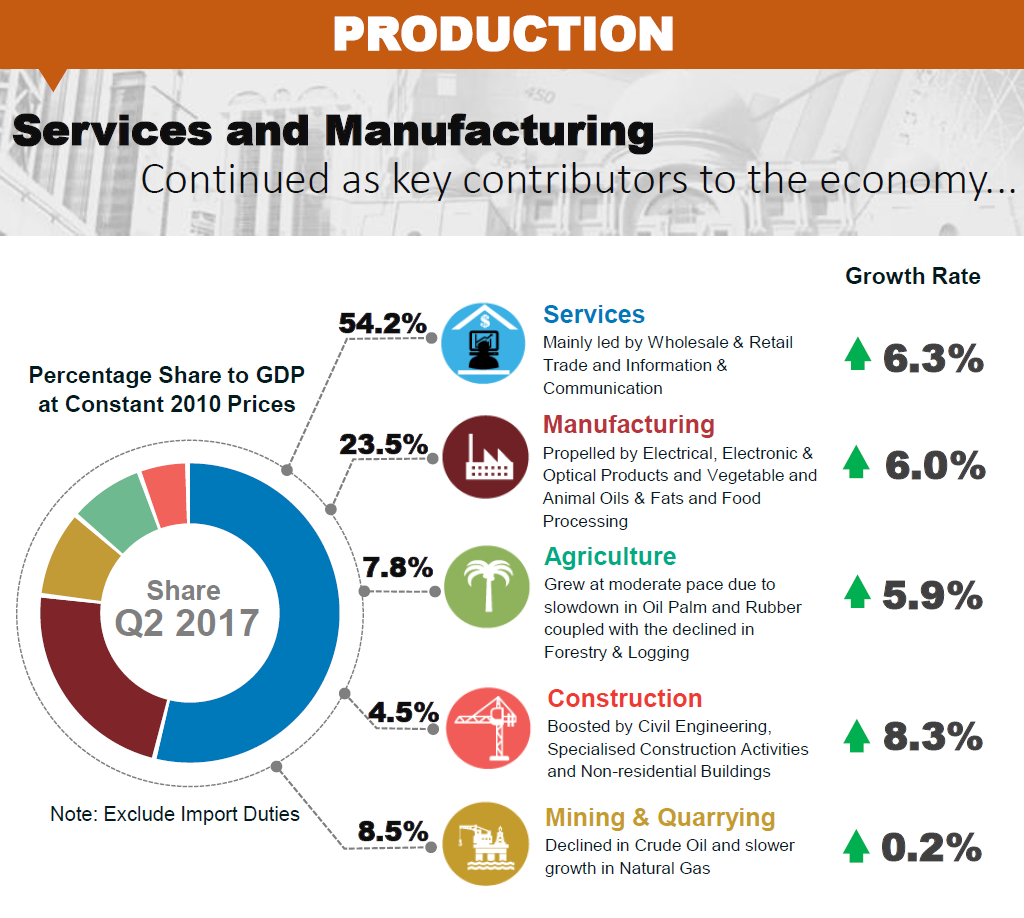 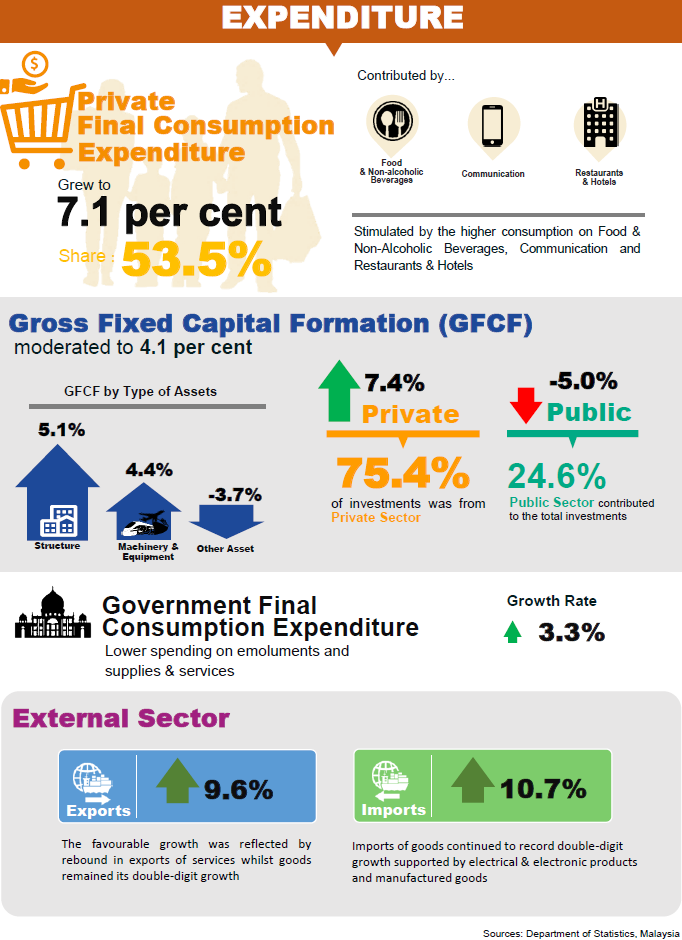 The continuous expansion in Services and Manufacturing have induced the performance of the economy on the production side. The growth on the expenditure side was driven mainly by Private Final Consumption Expenditure which contributed 53.5 per cent to the GDP in this quarter.

Services sector recorded a sturdy growth of 6.3 per cent after registering 5.8 per cent in previous quarter. The higher momentum for this quarter was impelled by Wholesale & Retail Trade which advanced to 7.7 per cent. Information & Communication remained robust which increased to 8.5 per cent spurred by data communication, computer services and information services activities. Meanwhile, Finance & Insurance and Business Services stepped up to 5.1 per cent and 8.5 per cent respectively have intensified the growth of Services sector.

Manufacturing sector increased further to 6.0 per cent from 5.6 per cent in the first quarter of 2017. Electrical, Electronic & Optical products was the main impetus for this sector with a growth of 9.8 per cent, supported by higher production of semiconductors and consumer electronics. Furthermore, Vegetable and Animal Oils & Fats and Food Processing accelerated to 10.4 per cent led by refined palm oil products.

Agriculture sector grew at moderate pace of 5.9 per cent after posting a growth of 8.3 per cent in the previous quarter. Oil Palm and Rubber remained to register a double-digit growth albeit at a slower momentum of 12.1 per cent and 17.0 per cent respectively.

Private Final Consumption Expenditure expanded to 7.1 per cent (Q1 2017: 6.6%) which was largely fuelled by the consumption on Food & Non-Alcoholic Beverages, Communication and Restaurants & Hotels.

Gross Fixed Capital Formation (GFCF) moderated to 4.1 per cent from 10.0 per cent in the previous quarter. Structure posted a better growth of 5.1 per cent which was in line with the momentum in Construction sector. Nevertheless, the slower growth in Machinery & Equipment at 4.4 per cent and contraction in Other Asset to 3.7 per cent have weighed down the overall GFCF performance.

Exports rose at 9.6 per cent in this quarter (Q1 2017: 9.8%). The favourable growth was reflected by rebound in exports of services whilst goods remained its double digit growth. Imports grew 10.7 per cent (Q1 2017: 12.9%) due to slower momentum in imports of goods as compared to the preceding quarter.