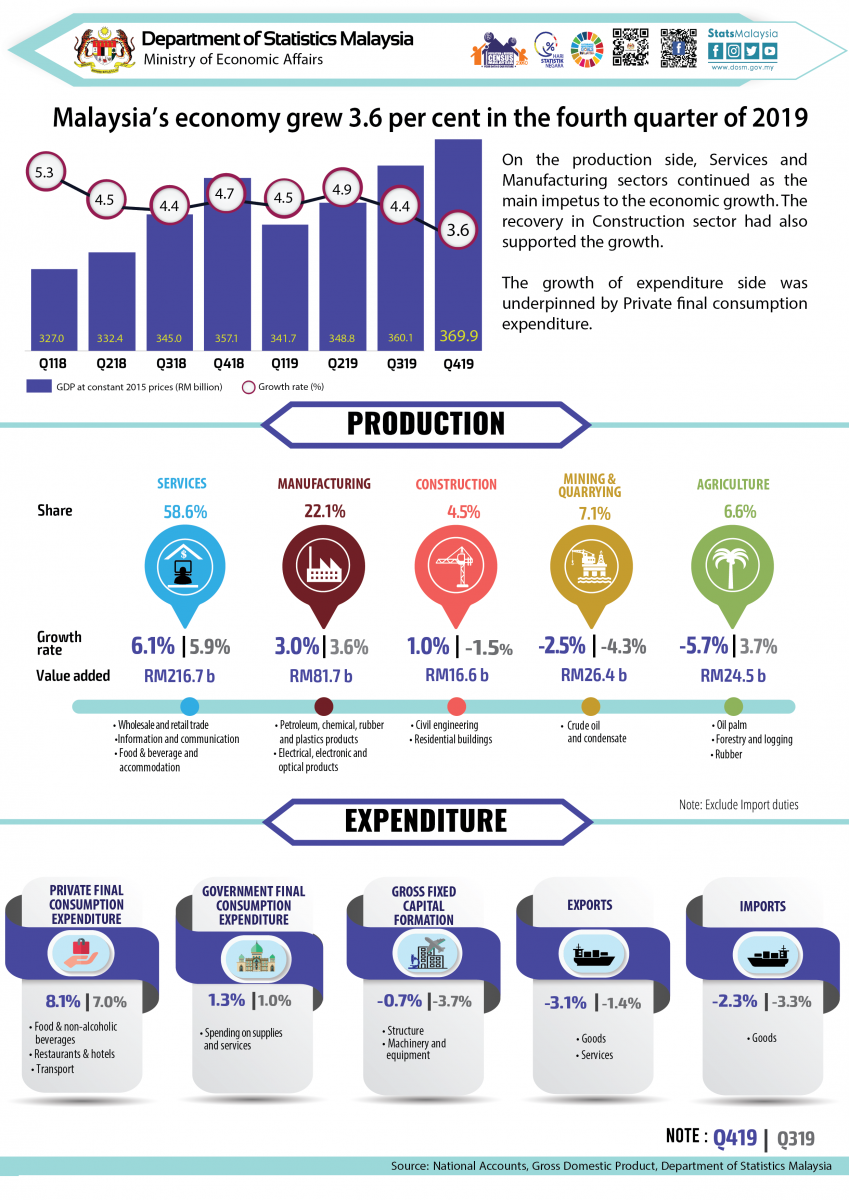 In the fourth quarter of 2019, the Gross Domestic Product (GDP) of Malaysia grew 3.6 per cent from 4.4 per cent in the previous quarter. On the production side, the performance was anchored by Services, Manufacturing and Construction. Nevertheless, Mining & quarrying and Agriculture sectors decreased in this quarter. On the expenditure side, the expansion in Private final consumption expenditure was supported by the higher consumption on Food & non-alcoholic beverages, Restaurants & hotels and Transport. Meanwhile, Gross fixed capital formation registered an improved negative. Overall year 2019, Malaysia’s economy registered a growth of 4.3 per cent (2018: 4.7%) with a value of RM1.42 trillion at constant prices and RM1.51 trillion at current prices.

Services sector continued as the main impetus to the economic growth which increased 6.1 per cent (Q3 2019: 5.9%). The performance of Services sector was supported by Wholesale & retail trade, Information & communication and Food & beverages and accommodation sub-sectors. The Manufacturing sector moderated to 3.0 per cent as against 3.6 per cent in the previous quarter of 2019.

Malaysia’s current account surplus narrowed to RM7.6 billion from RM11.5 billion in the previous quarter. This was due to larger deficit in Services account which mainly caused by a slower performance in travel activities and widening deficit in Primary Income as a result of higher dividend earned by foreign companies. Nevertheless, Goods account continued to record a higher surplus.

In 2019, the current account surplus hit the highest value of RM49.7 billion since 2012 (RM50.2 billion) despite turned downward in the second half of the year. The favourable performance was contributed by higher surplus in goods account at RM125.5 billion and smaller deficit in services account at RM10.9 billion.

Financial account in this quarter recorded a lower net outflow of RM0.6 billion against RM1.3 billion in last quarter, primarily due to lower outflow in portfolio investment.

The financial liabilities position in this quarter rose to RM1,823.1 billion against RM1,778.1 billion in the previous quarter. At the same time, the total assets slightly increased to RM1,775.8 billion from RM1,765.1 billion in last quarter. This translated to the higher net liabilities of RM47.3 billion as at end of fourth quarter 2019.

The international reserves of Bank Negara Malaysia stood at RM424.1 billion as compared to RM431.2 billion in last quarter. 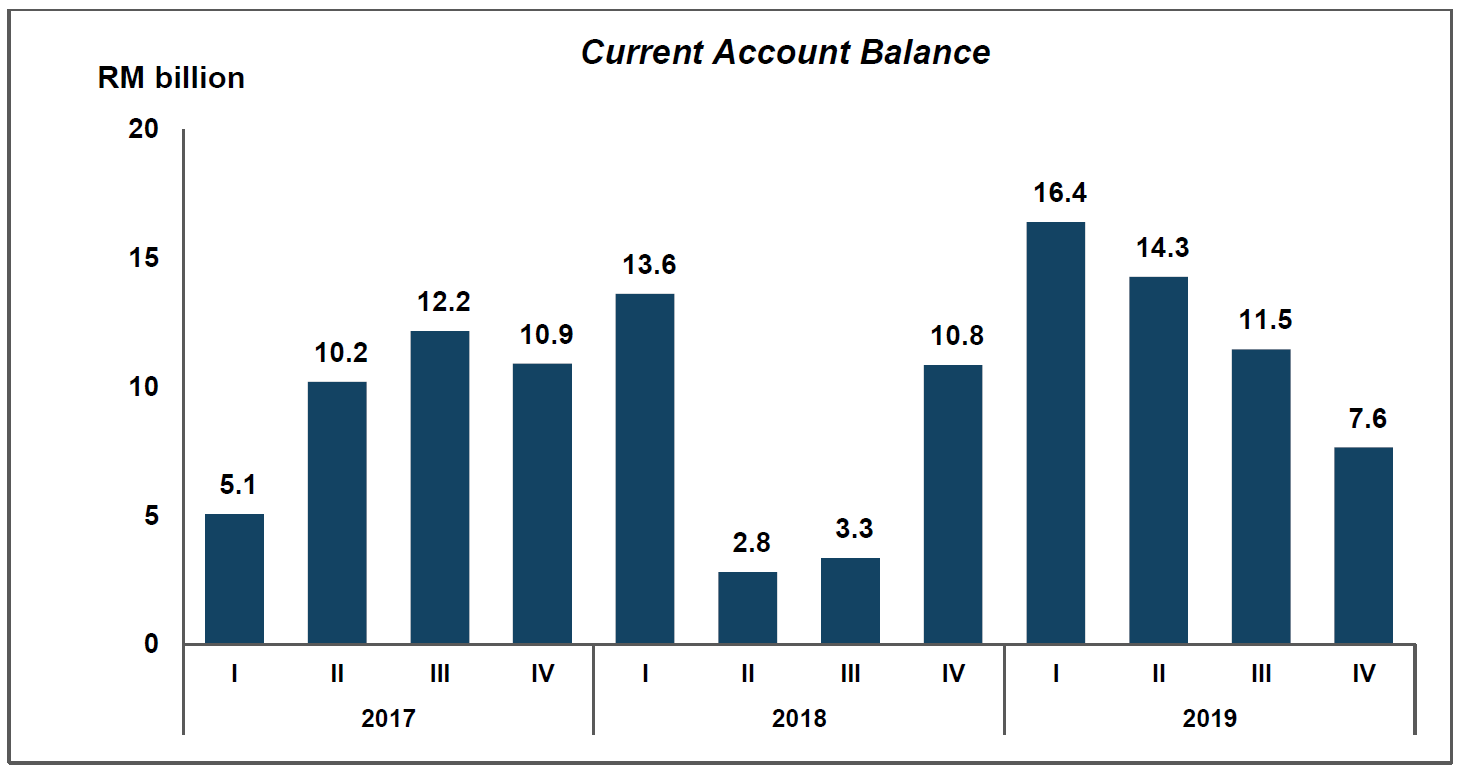 Malaysia’s export of goods in the fourth quarter 2019 registered a decline of 3.3 per cent to RM257.9 billion compared to RM266.8 billion in the same period last year. Main products contributed to the fall were electrical & electronic products and liquefied natural gas which declined by 6.5 per cent and 25.2 per cent respectively.

During the same quarter of 2019, imports also decreased by 4.0 per cent to RM221.4 billion. By end-use category, imports of intermediate goods increased by 0.9 per cent followed by consumption goods (+0.1%). However, imports of capital goods declined by 8.9 per cent.