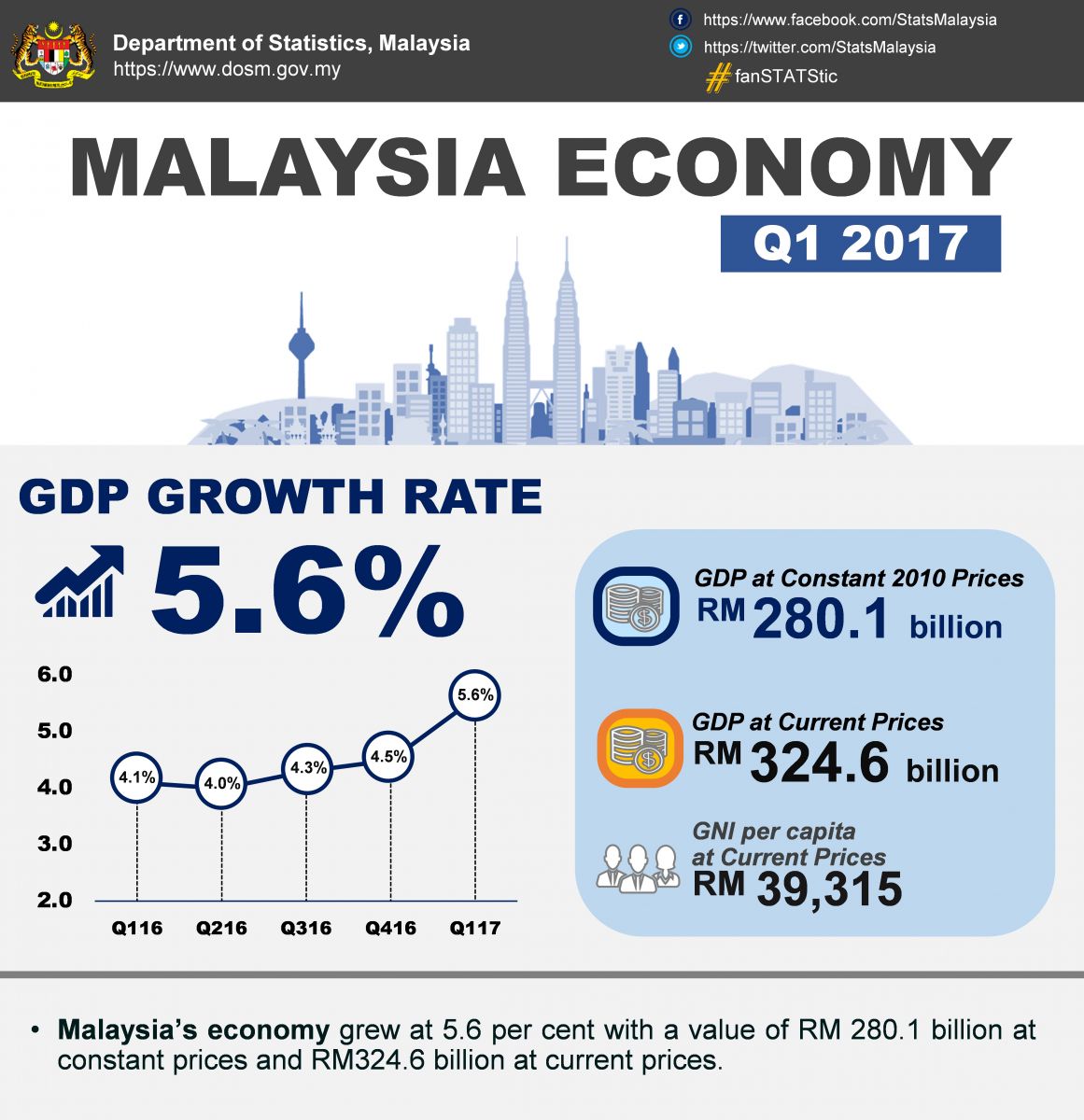 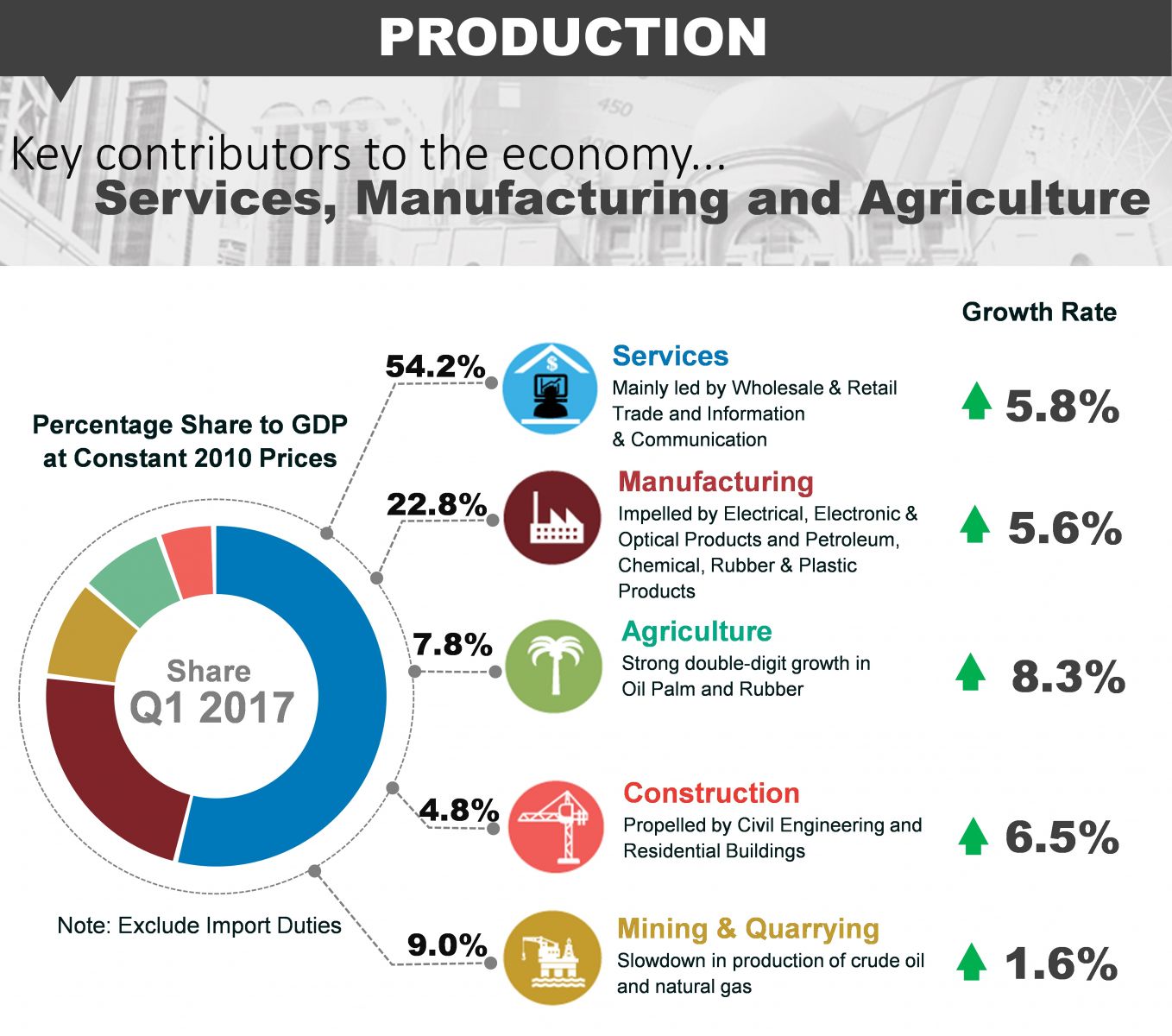 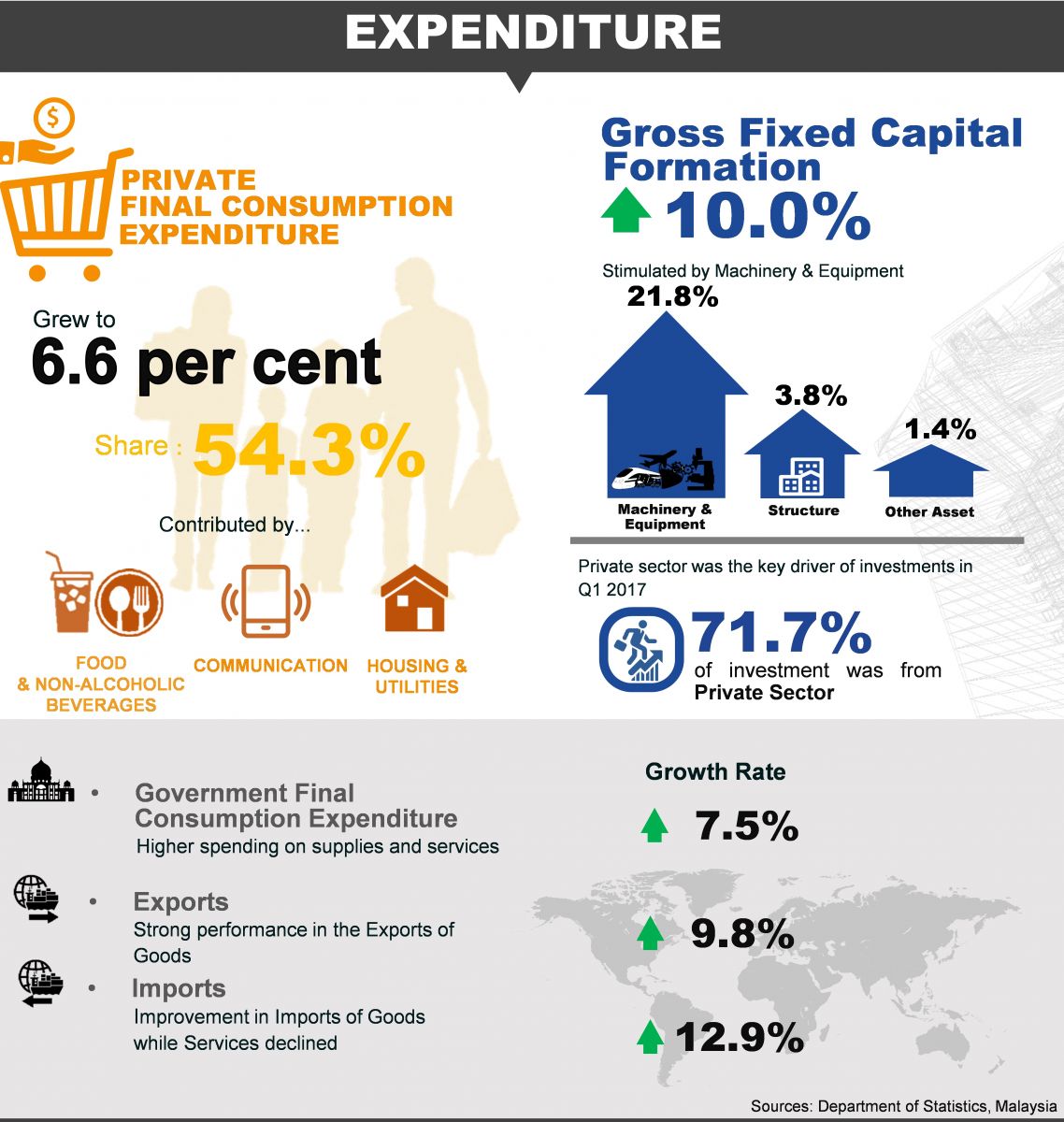 All sectors on the production side posted a favourable growth except for Mining and Quarrying sector. Services, Manufacturing and Agriculture were the major drivers of the economy.

On the expenditure side, Private Final Consumption Expenditure and Gross Fixed Capital Formation were the main catalyst for the growth.

Services sector recorded a steady growth of 5.8 per cent in this quarter (Q4 2016: 5.5%) mainly led by Wholesale & Retail Trade which expanded to 6.3 per cent and Information & Communication remained sound by posting a growth of 8.2 per cent. Furthermore, Business Services grew at 8.4 per cent due to a favourable momentum in Professional activities.

Manufacturing sector rose to 5.6 per cent, a faster pace than 4.7 per cent in the previous quarter which was spearheaded by Electrical, Electronic & Optical Products (7.9%), mainly in production of printed circuit boards and semiconductors. This sector performance was further supported by Petroleum, Chemical, Rubber & Plastic Products (3.1%) and Vegetable and Animal Oils & Fats and Food Processing (8.2%).

Agriculture sector rebounded to a sturdy growth of 8.3 per cent on a year-on-year basis after posting a negative growth of 2.5 per cent in the previous quarter. The turnaround of Agriculture sector was impelled by Oil Palm which accelerated to a double-digit growth of 17.7 per cent (Q4 2016: -7.2%) following a higher yield of fresh fruit bunches in this quarter. The growth was also supported by Rubber at 23.5 per cent (Q4 2016: 1.1%) due to a higher price and production. Nevertheless, Forestry & Logging and Marine Fishing declined to negative 11.1 per cent and 4.1 per cent respectively.