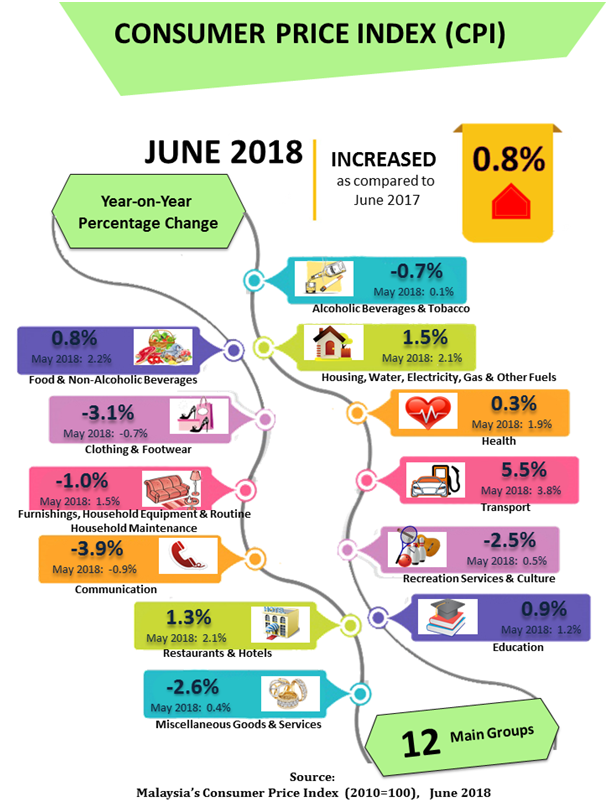 The announcement by the government on the abolishment of the GST to zero rated starting June 1, discounted price by retailers in conjunction with Aidilfitri, Hari Gawai Dayak: Gaya Guru Gerai Nyamai and the Implementation of Price Control Scheme for 22 selected items in conjunction with Hari Raya Aidilfitri were significant events that have occurred throughout June 2018. These events had indirectly affected the prices of goods and services in the market.

Meanwhile, on a monthly basis, CPI decreased 1.2 per cent as compared to May 2018 due to the decrease in all main groups. Among the main groups that recorded decreases were index for Miscellaneous Goods & Services (-3.1 per cent), Communication (-3.0 per cent), Recreation & Culture Services (-2.9 per cent), Clothing & Footwear (-2.6 per cent), Furnishings, Household Equipment & Routine Household Maintenance (-2.4 per cent) and Food & Non-Alcoholic Beverages (-1.0 per cent). The CPI for the first six months of 2018 registered an increase of 1.6 per cent over the same period last year. 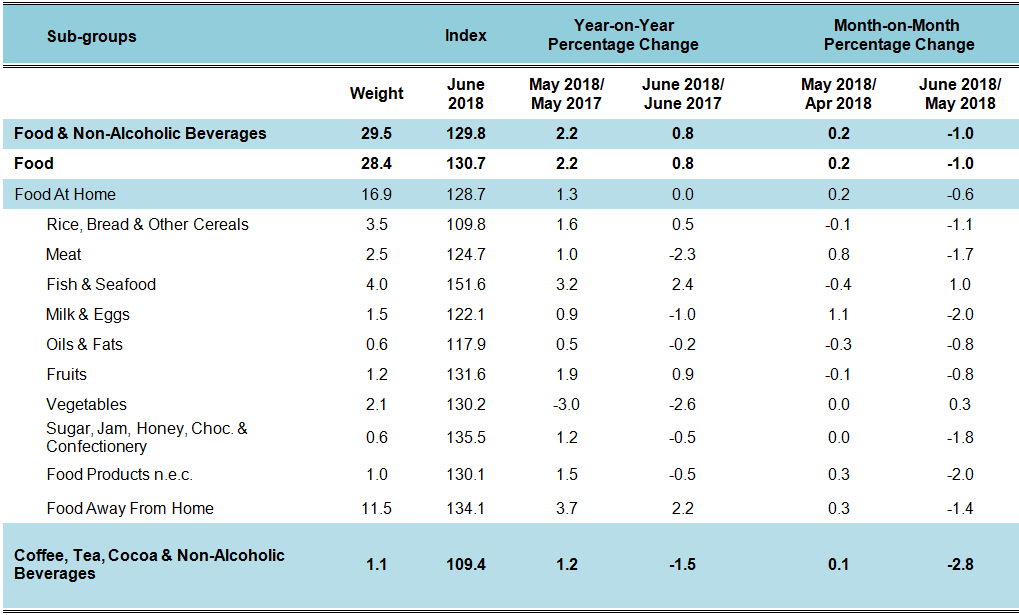 Core inflation rose 0.1 per cent in June 2018 as compared to the same month of the previous year. Among the major groups which influenced the higher core rate were price increases for Housing, Water, Electricity, Gas & Other Fuels (+2.4 per cent), Food & Non-Alcoholic Beverages (+1.0 per cent) and Education (+0.9 per cent). Core inflation, which excludes most volatile items of fresh food, as well as administered prices of goods and services recorded changes ranging from 0.1 per cent to 2.2 per cent in the period January to June 2018 as compared with the same period of the previous year.(Table 2) 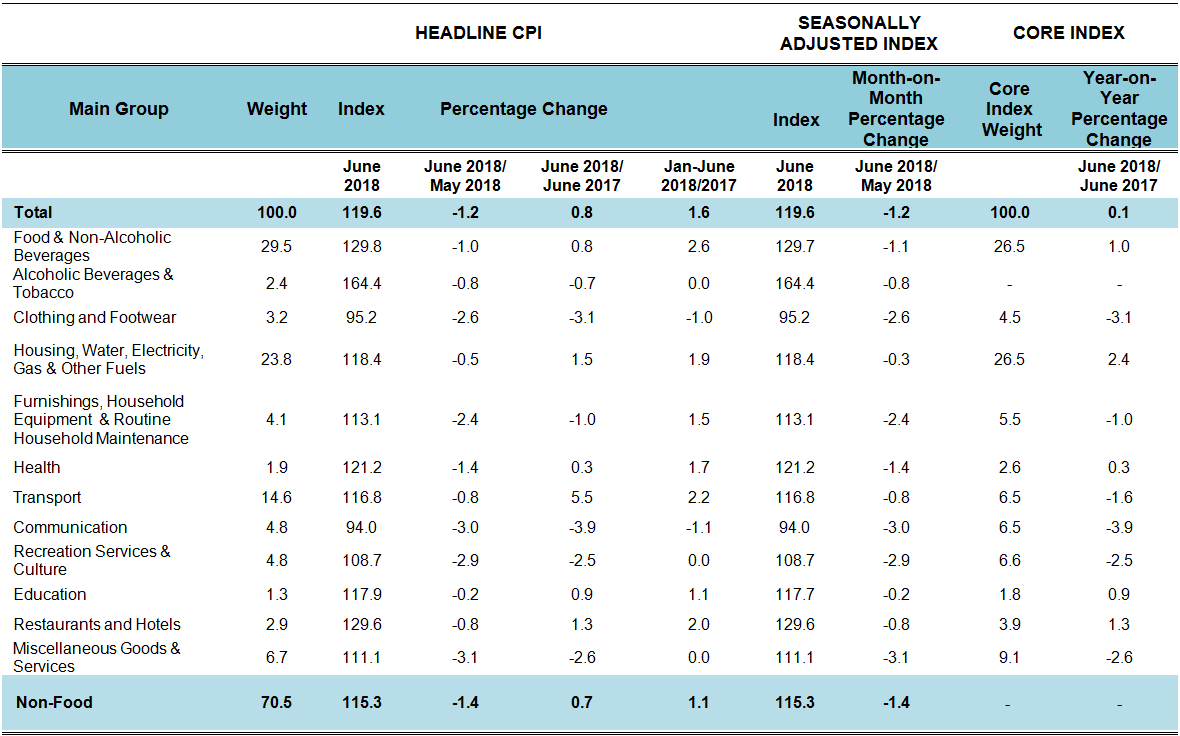