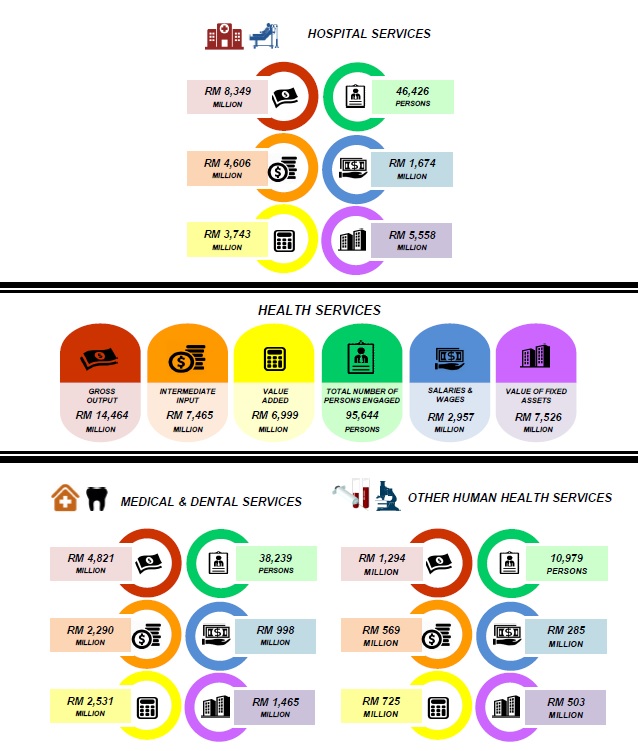 PERFORMANCE OF HEALTH SERVICES BY ACTIVITY

Value added showed the same structure as gross output where hospital services was the highest contributor with RM3.7 billion (53.5%) of total value added. This was followed by medical & dental services which recorded RM2.5 billion (36.1%) and other human health services registering RM0.7 billion (10.4%) as illustrated in Chart 1. 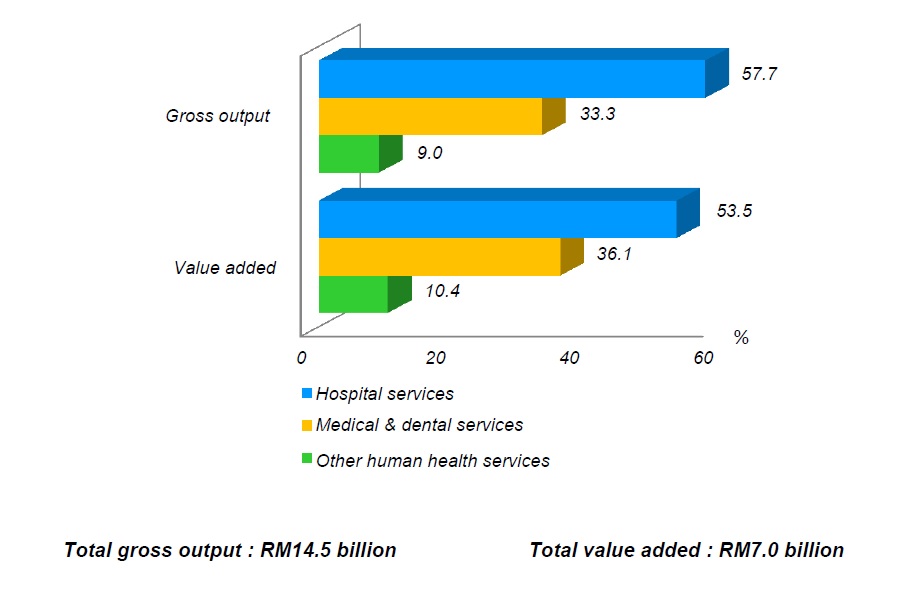 Managerial, professional and executive category of paid full-time employees constituted the highest number with 44,014 persons (49.8%) followed by clerical and related occupations (34.2%), general workers (9.8%) and technical and supervisory (6.2%). The distribution of the total number of persons engaged by category of workers for the year 2014 is shown in Chart 2. 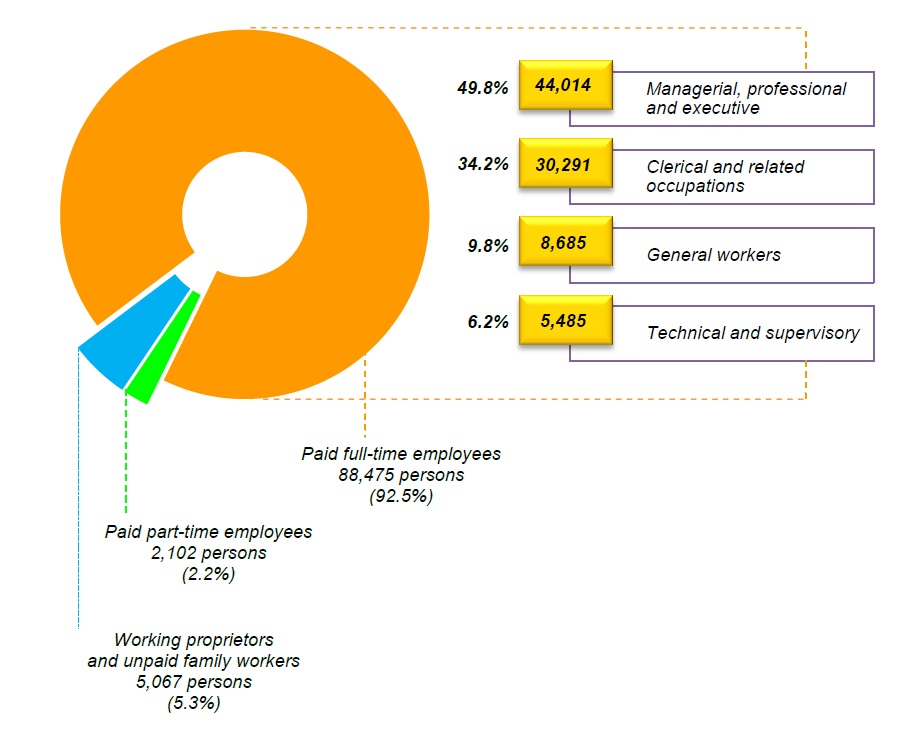 Chart 3 : Number of persons engaged by category of paid full-time employees and sex, 2014 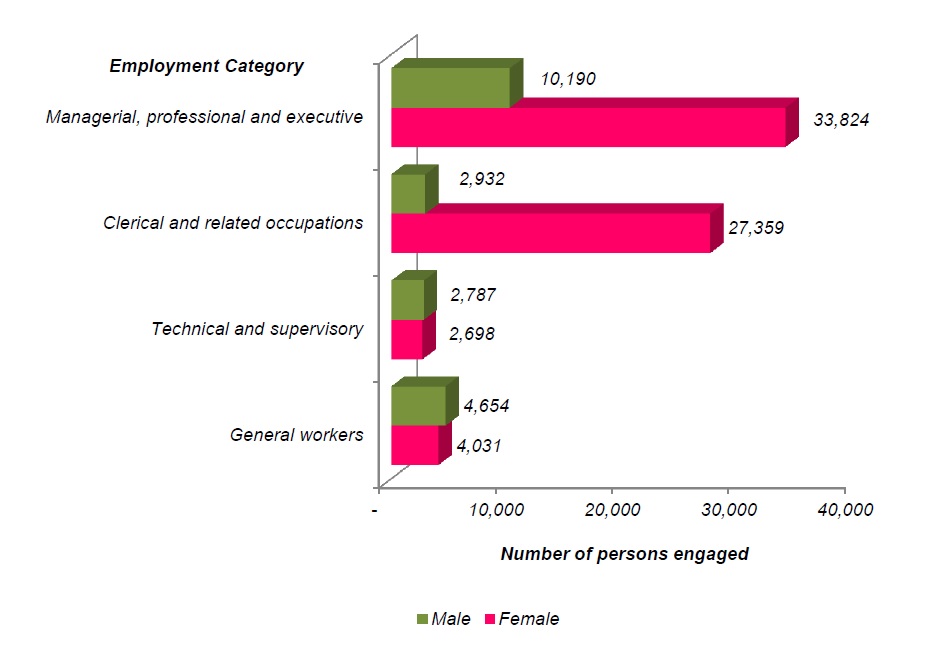 Total salaries & wages paid in 2014 stood at RM3.0 billion of which the managerial, professional and executive was the highest with RM2.1 billion (69.4%). This was followed by clerical and related occupations (19.3%), technical and supervisory (5.7%), general workers (4.9%) and paid part-time employees (0.7%) as potrayed in Chart 4.

Chart 4 : Percentage distribution of salaries & wages by category of workers, 2014 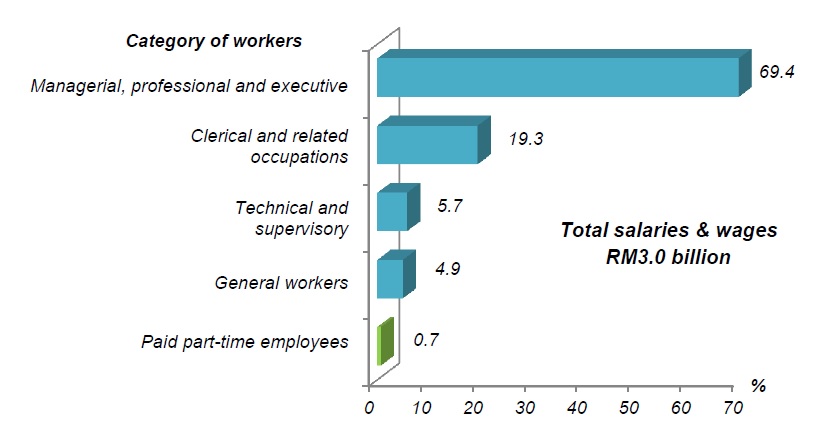 Chart 5 : Number of persons engaged and salaries & wages of health services by activity, 2014

PERFORMANCE OF HEALTH SERVICES BY STATE 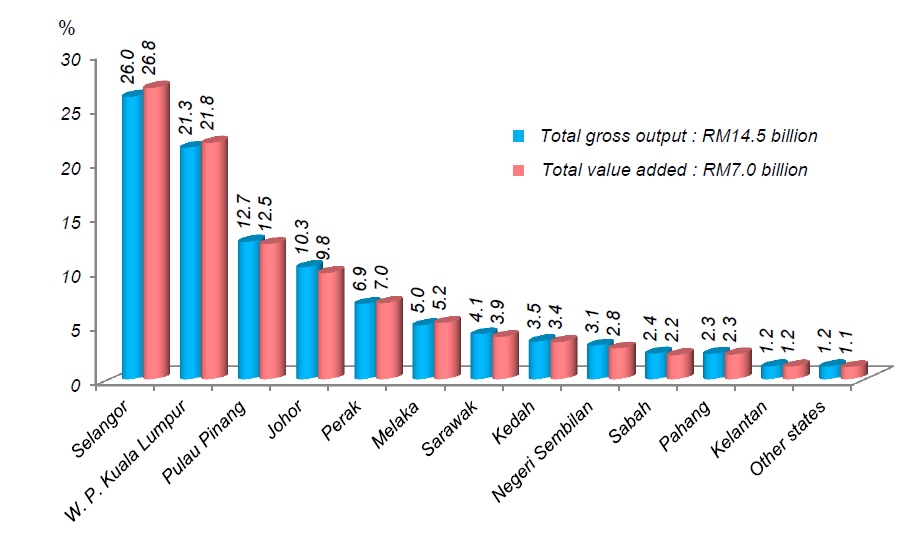 Chart 7 : Percentage distribution of number of persons engaged and salaries & wages by state, 2014 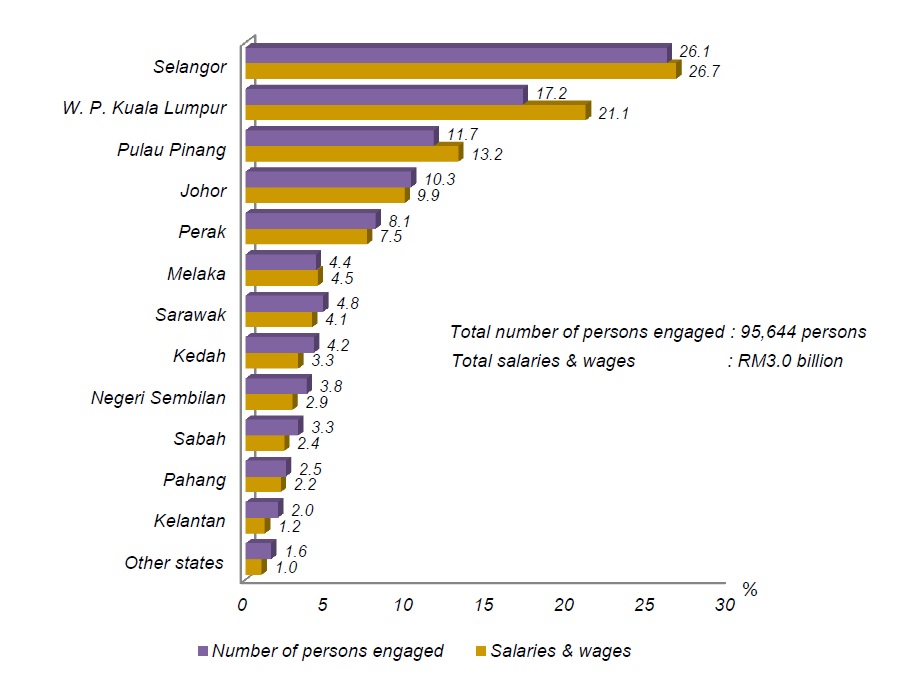