Distribution & Use of Income Accounts And Capital Account (DUIACA), 2015 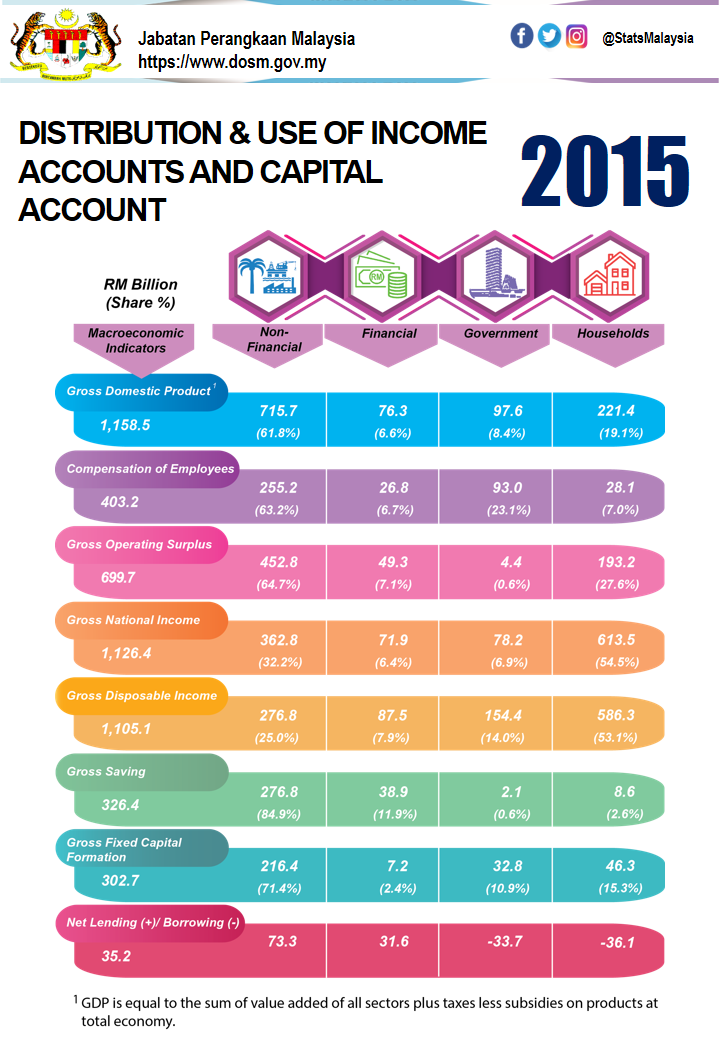 Malaysia’s Gross Domestic Product (GDP) registered RM1,158.5 billion in 2015 with an increase of 4.7 per cent compared to 2014. Based on GDP by institutional sector, more than half was contributed by the non-financial sector with 61.8 per cent (RM715.7 billion). The households sector represented 19.1 per cent (RM221.4 billion), followed by government sector which was 8.4 per cent (RM97.6 billion) and 6.6 per cent (RM76.3 billion) by financial sector. The distribution of GDP by institutional sector is shown in Exhibit 1. 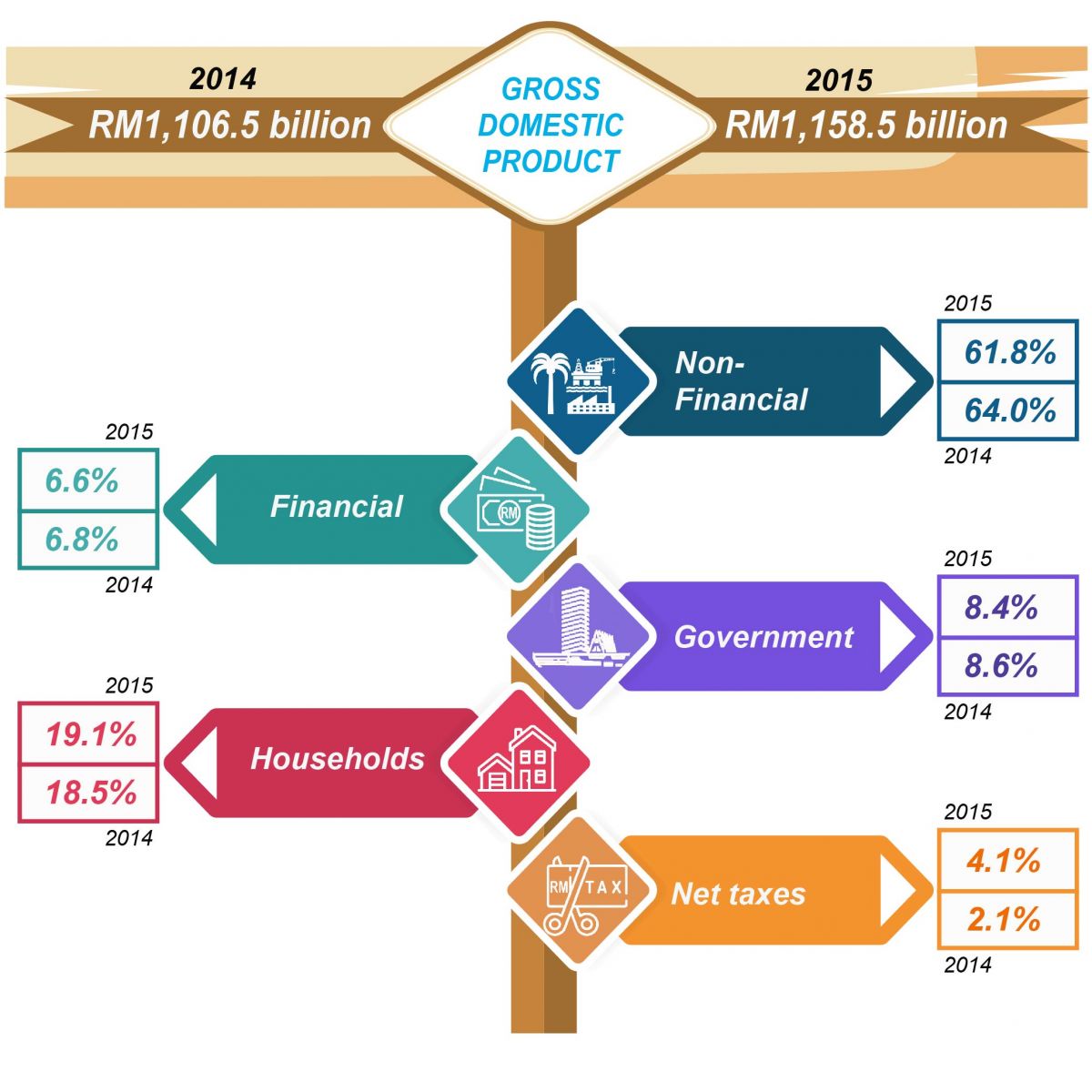 Gross National Income (GNI) measures the national income acquired through domestic economic activities and net income from abroad. The GNI and gross disposable income are regarded as indicators to show the returns of production factors in terms of gross value added. In 2015, Malaysia’s GNI recorded RM1,126.4 billion compared to RM1,069.8 billion in 2014 as shown in Exhibit 2. The households sector received the largest share of GNI with 54.5 per cent (RM613.5 billion), an increase of 1.5 percentage point as against the previous year. This was due to the value added generated by the corporate and government sectors which was then reverted to households sector as CE. The GNI contribution recorded by non-financial, government and financial sectors were 32.2 per cent (RM362.8 billion), 6.9 per cent (RM78.2 billion) and 6.4 per cent (RM71.9 billion), respectively. 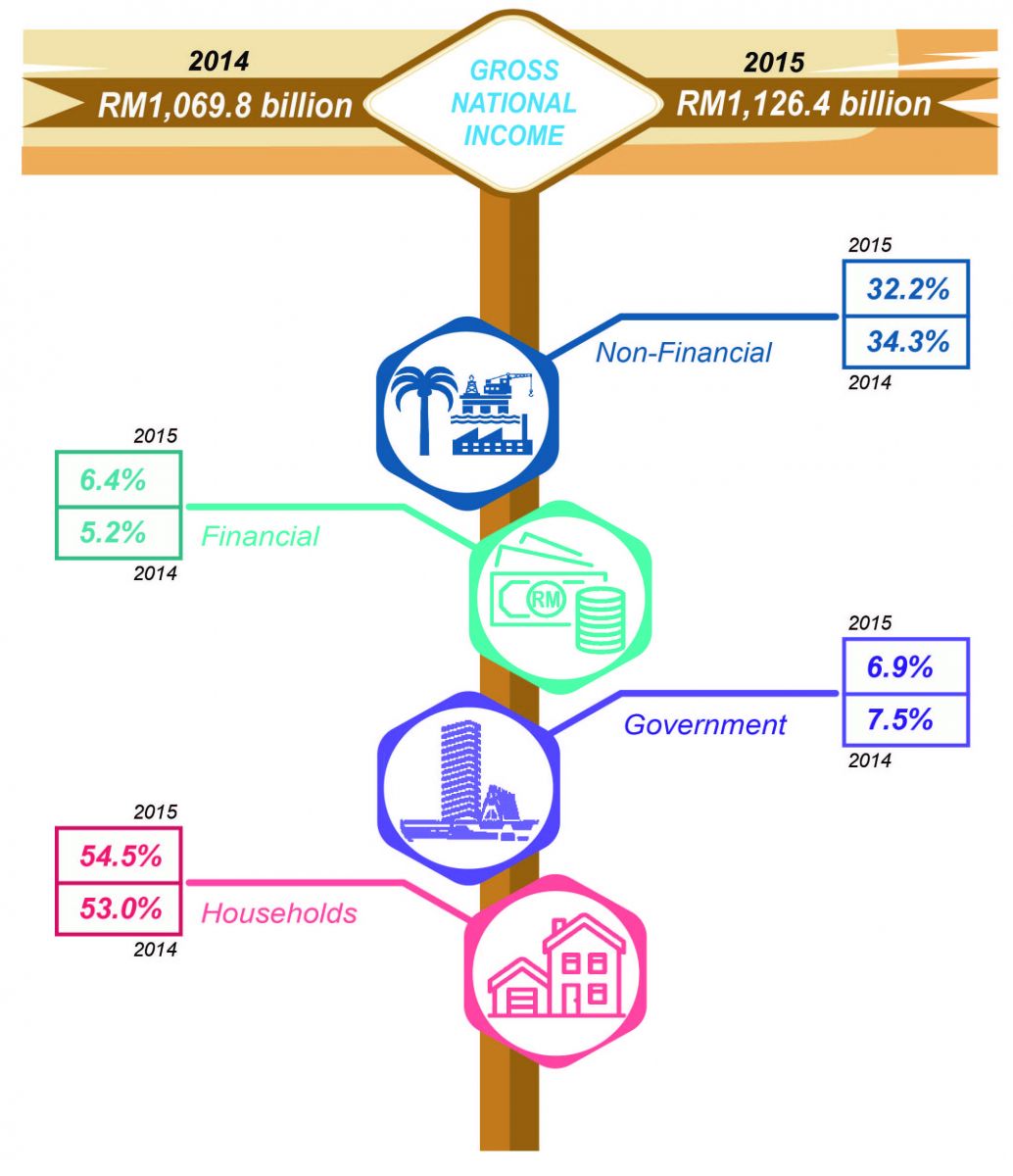 Net lending (+) or net borrowing (-) represents the net value of the disposable resources from one institutional sector used in other institutional sectors (if the value is positive) or the resources needed for the sector to cover its investments (if the value is negative).  In 2015, Malaysia’s economy was a net lender to the rest of the world with the amount of RM35.2 billion. The non-financial and financial sectors were net lenders with  RM73.3 billion and RM31.6 billion, respectively. In contrast, the net borrower were government  sector with RM33.7 billion and households sector with RM36.1 billion as shown in Exhibit 3. 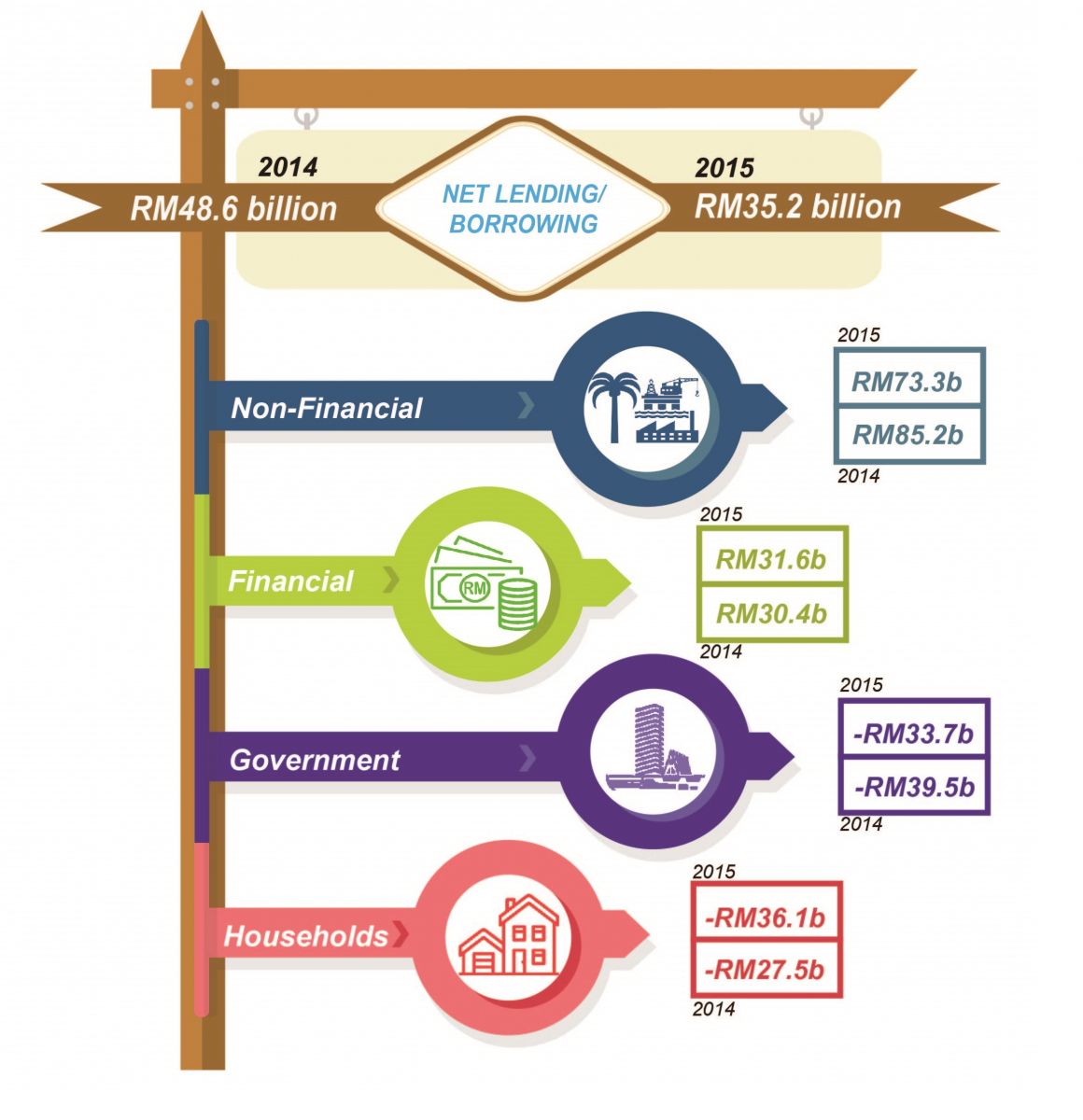