Alhamdulillah, my utmost gratitude to the gracious Allah Almighty for His blessings, we have graced through year 2017 with success. We will step forward into year 2018 with great enthusiasm and highest commitment to excel further. Indeed, I would like to take this opportunity to wish all, especially the department’s personnel a Happy New Year. In light of this coming new year, we will further strengthen our determination in providing excellent service and foster strong teamwork spirit.

ACHIEVEMENTS OF THE YEAR 2017

DOSM has successfully made a history when the Malaysia Statistical Training Institute was officiated by His Royal Highness Sultan Perak Darul Ridzuan, Sultan Nazrin Muizzuddin Shah Ibni Almarhum Sultan Azlan Muhibbuddin Shah Al-Maghfur-Lah on September 7, 2017. This is an acknowledgement to DOSM in its capacity to produce statistical products that are reliable and benefited the nation as a whole.

In terms of statistical products, DOSM continues to come out with new statistical releases in 2017 namely Labour Productivity, Social Accounting Matrix, Women's Statistics and others. DOSM once again embarking on history as the inaugural publication of Labour Productivity 2017 was launched by the Yang Amat Berhormat Dato’ Sri Mohd Najib Tun Haji Abdul Razak, Prime Minister of Malaysia. Meanwhile, the Economic Census Report 2016 was launched on June 20, 2017 and from the findings, 24 publications by sectors and 13 parameters were issued, such as Halal Statistics, MyState, Employment and Salaries & Wages, the use of ICT by business and e-Commerce. In line with the current users’ requirements on Small Area Statistics such as statistics at the state and district level, DOSM launched the 2016 Household Income and Expenditure Survey which includes statistics at the district level. Thus, I would like to extend my sincere gratitude to all respondents for their continuous cooperation in the censuses and surveys conducted by DOSM.

DOSM continues to diversify its statistical dissemination mechanisms and leverages the digital revolution as the nation's official statistics platform. The use of visualisation data via infographics for all statistical products has received positive response from users especially the younger generation. DOSM used social media such as facebook, twitter and whatsapp group as mediums to improve accessibility and foster statistical literacy. In addition, online statistical access is diversified through the development of mobile applications such as BizCode@Stats and MyLocal Stats. Through both applications, users enable to access the classification code and statistical information up to the district level.

Apart of that, DOSM's official portal has been awarded a 5-star rating during Provider-based Evaluation (ProBE) 2016. The StatsDW Development, which is the Enterprise Data Warehouse, also received the recognition by winning the first place in the Prime Minister's Department Innovation Award, ICT Category.

In pursuing people-centric statistics, DOSM continues to enhance engagement sessions with respondents, government agencies, private parties and communities as well as students. Various programmes have been implemented for the purpose of enhancing statistical literacy and strengthening the role of DOSM as a national statistics provider including series of exhibitions nationwide, statistics talks and statistics camps. For the first time, seminar involving all State Economic Planning Unit was held in September 2017 at Malaysia Statistical Training Institute with the objective to enhance the use of statistics in state-level development planning.

In line with the vision to be a leading statistical organisation by 2020, DOSM ensure its involvement in the international arena is eminent. At the ASEAN level for example, besides actively participate in working groups for statistics development on Foreign Direct Investment, Trade in Services, International Merchandise Trading and System of National Accounts, DOSM has been entrusted for four consecutive terms from 2012/2013 to 2016/2017 as a Chair of Working Group on Data Dissemination and Analysis (WGDSA). This working group plays  significant role in developing data dissemination policies at ASEAN-level. Meanwhile, at the OIC level, in 2017, DOSM had contributed its expertise in the field of statistical tourism, education, foreign trade and other statistics in some countries such as Pakistan, Egypt, Saudi Arabia, Kuwait and Suriname.

Malaysia continues soaring upwards in the international arena by hosting the 62nd World Statistics Congress of the International Statistical Institute (ISI WSC) in Kuala Lumpur from 18 to 23 August 2019. The congress which will gather a total of 3,000 statisticians will be held in Kuala Lumpur Convention Centre (KLCC) and organised by DOSM with the collaboration of Bank Negara Malaysia (BNM) and the Malaysian Institute of Statistics (ISM) as well as the support of the Malaysia Convention & Exhibition Bureau (MyCEB).  In preparation of hosting of ISI WSC 2019, the handover session of the International Statistical Congress was held during the 61st ISS WSC at Maraketh, Morrocco on July 21, 2017. The ISI WSC 62nd Preparatory Meeting with ISI President was held on 27-28 November 2017 at KLCC involving all the committee members. 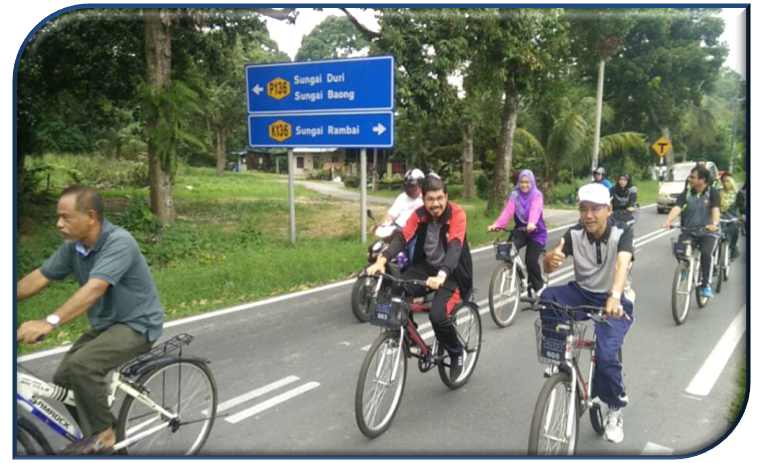 Besides performing official duties, DOSM supports social and sports activities among DOSM personnel with the concept of ‘work life balance’. This has been realised through the National Statistics Sports, 2017 which was held on October in Putrajaya. Congratulations to the winners! Hopefully such healthy activities will be continued in the coming year.

In addition to the achievement of 2017, DOSM should also be prepared to face the challenges ahead. The information boom via development of the digital revolution ecosystems has provided the diversity of data sources and the dynamics of big data growth that encompasses volume, variety, velocity and value elements. The big data revolution is seen to stimulate the new innovations of data sharing through government and private smart partnership. In relation to this, DOSM foresees the essential in strengthening the use of administrative data in statistical compilation. Thus, DOSM also needs to explore and exploit the ‘internet of things’ technologies. This is in tandem with advanced and easy-to-use communication gadget, extensive internet access and real-time information. Meanwhile, DOSM does emphasises the security in storage, accessibility and dissemination to ensure ICT facilities and infrastructure are safe from the risk of threats.

ASPIRATION OF THE YEAR 2018

In spite of all the challenges, we also need to seek the opportunity in improving and strengthening our quality to become a better person. At the same time, our responsibility towards the Creator do not be neglected to ensure that we are in the right path towards excellence hereafter. Finally, let us together digest the challenges that we will face and endure in the coming 2018 and hence, I sincerely do hope that these challenges will be the catalyst for us to work together wholeheartedly with full dedication and commitment in year 2018.