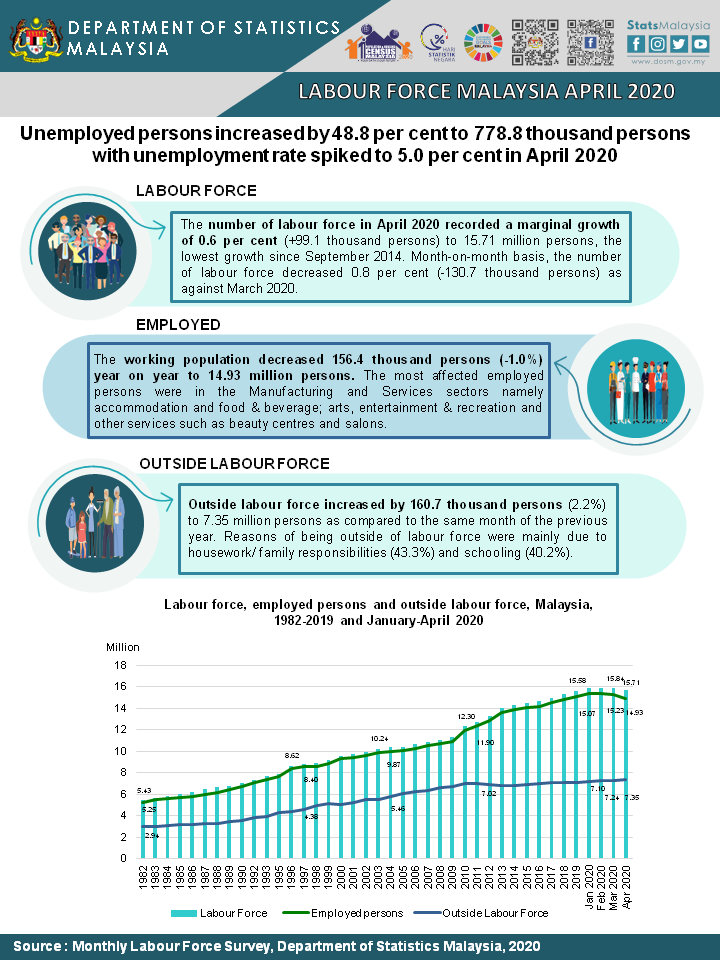 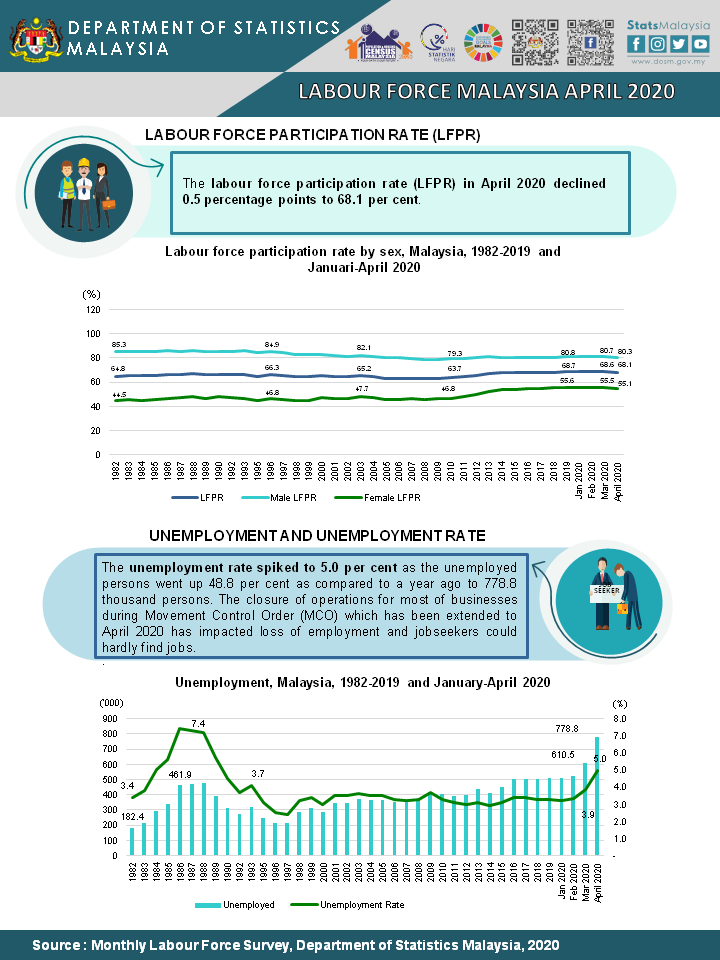 The working population decreased 156.4 thousand persons (-1.0%) year on year to 14.93 million persons. The most affected employed persons were in the Manufacturing and Services sectors namely accommodation and food & beverage; arts, entertainment & recreation and other services such as beauty centres and salons.

Outside labour force increased by 160.7 thousand persons (2.2%) to 7.35 million persons as compared to the same month of the previous year. Reasons of being outside of labour force were mainly due to housework/ family responsibilities (43.3%) and schooling (40.2%). 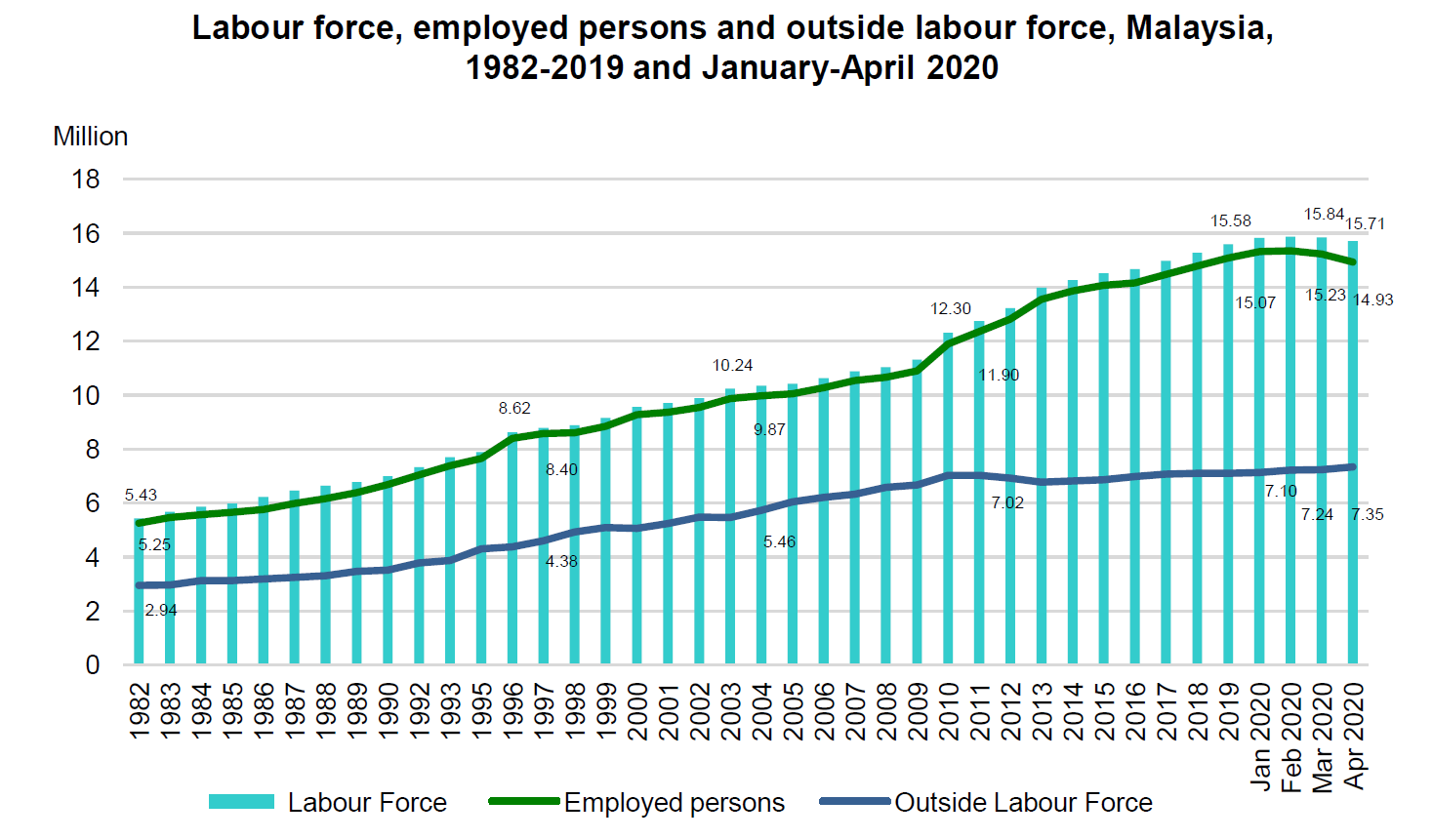 The unemployment rate spiked to 5.0 per cent as the unemployed persons went up 48.8 per cent as compared to a year ago to 778.8 thousand persons. The closure of operations for most of businesses during Movement Control Order (MCO) which has been extended to April 2020 has impacted loss of employment and jobseekers could hardly find jobs.