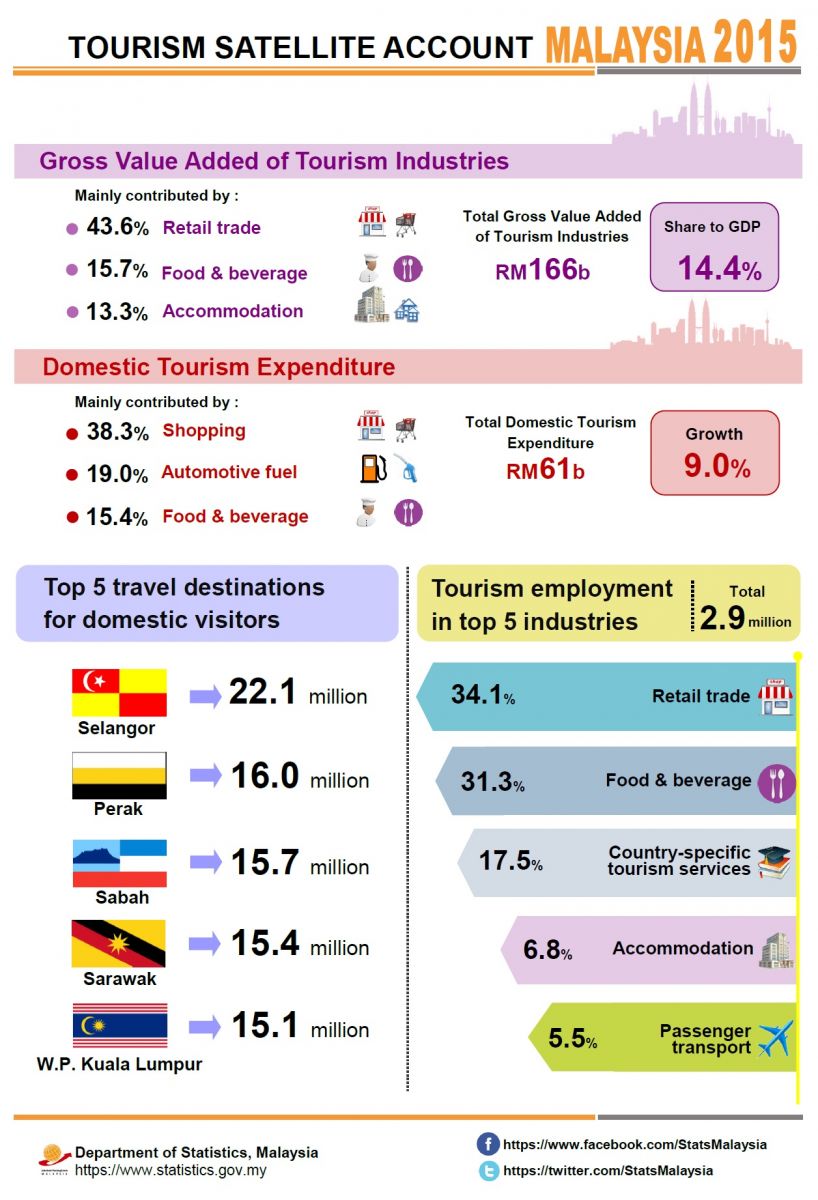 TOURISM INDUSTRY CONTRIBUTED 14.4% TO THE ECONOMY

Malaysia’s tourism industry remained resilient with the contribution of 14.4 per cent to the economy. In terms of growth, Gross Value Added of Tourism Industries grew at 9.7 per cent propelled by domestic tourism as shown in chart.

In 2015, inbound tourism expenditure decreased to RM74.1 billion (2014: RM80.1 billion) due to the lower number of tourist arrivals, 25.7 million compared to 27.4 million in 2014. The arrival of tourists from Singapore, Indonesia, Brunei, Middle East and Europe has dropped compared to year 2014.